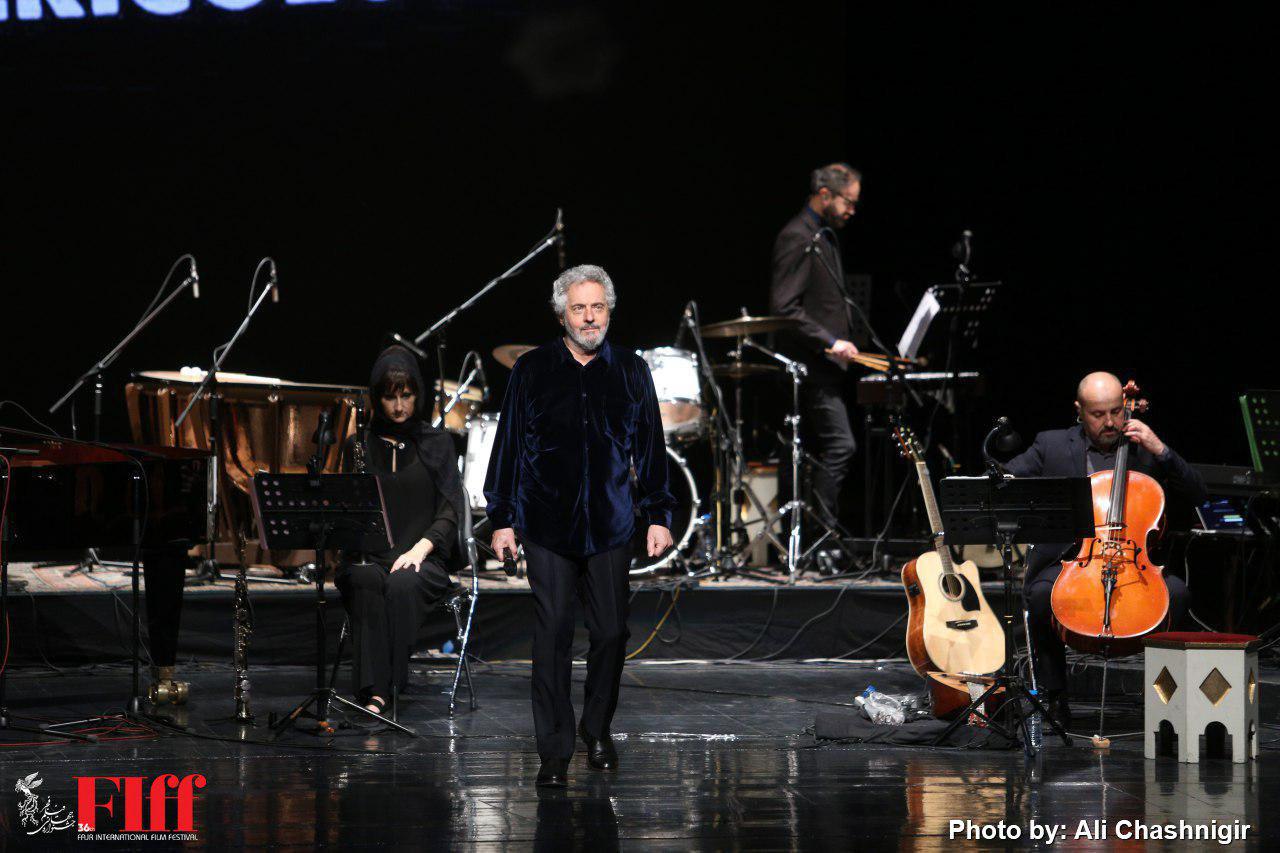 According to the Press Office of Fajr Filmfest, before the concert at 5:00 pm, Vahdat Hall also hosted a master class, titled Italian Music, with Nicola Piovani, in which Fajr Club members met with the instructor to get a feel for his teaching style and skills. Following are the key speeches in the concert:

We all know Italian cinema through its excellent film scores and soundtracks. This year we got this chance to pay attention to this great cinema all over again. There are now young talents in Italy who are trying to revive the golden age of Italian cinema. They have gone and made great movies admired by critics and creatives the world over. We know Nicola Piovani not just because he won Oscars for his scores but also for his work with great directors such as Federico Fellini and the Taviani Brothers. I would like to express my gratitude to the Italian Embassy in Tehran and many others like Babak Karimi who made tonight’s program possible.

Welcome to this great night. I would also like to thank the festival director for organizing this great event. This program was organized because Iranians are fond of Italian culture. We went for it because it is both about cinema and music – the two subjects that Iranians are acquainted with.

Music is dangerous, that’s what Fellini would say. He was afraid of music because it made him excited. We perform a piece in his memory. When I played it for the first time, Fellini was listening and he liked it. This is while I had arranged this score years earlier. He asked me to play it again and I did. I’m doing it again tonight. I also want to pay tribute to another dear and great artist. Sadly, he is no longer with us. I dedicate this piece to Vittorio Taviani, which is for the first film I composed for the Taviani Brothers. I also have great memories with Marcello Mastroianni. I composed three songs for his films that you can now hear him singing right now on the screen above.  It’s impossible to find words to pay tributes to great artists like Taviani and Mastroianni. I’m conducting these pieces in their memories.