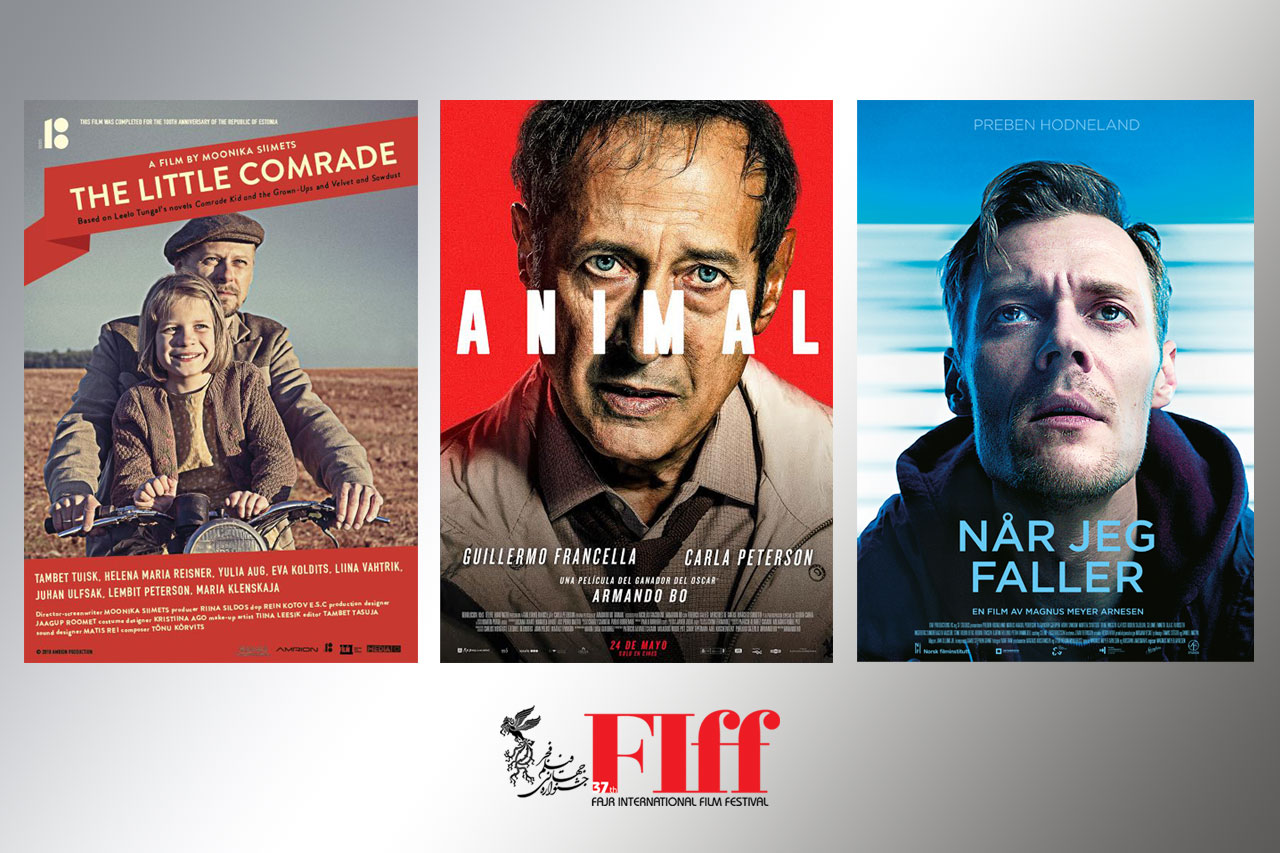 The 37th edition of Fajr International Film Festival has announced the names of three other movies of its non-competitive section of Festival of Festivals (Cup of Divination).

Films from Norway, Estonia and Argentina are in the screening program of Festival of Festivals. Overall, 14 foreign films and 4 Iranian films will be shown in this section. The other titles will be announced later.

As I Fall follows the unconventional relationship between a father and son as they cling to one another under the looming threat of addiction and separation.

Joachim is 25 years old. His charming smile veils the daily battle he fights within himself as he struggles to manage a heroin addiction. After years locked in a cycle of abuse, Joachim is on the verge of a breakdown. He gets an unexpected call from his ex-girlfriend, Maria. She’s been arrested and is worried about their 5-year-old son, Lukas.

Joachim hasn’t seen Lukas since he was born, and she begs Joachim to take care of Lukas until she’s released. Without much of a choice and thinking it will only be for a few hours, Joachim agrees. To his own surprise Joachim wants to keep Lukas. He wants a reason to be the person he thinks he is – a responsible man. A sober man. A father.

Magnus Meyer Arnesen (born 1981) graduated from the Polish National Film School in Lodz in 2010. His graduation film Sing Me to Sleep won numerous international awards and was nominated for an Amanda in 2011. As I Fall is his debut as a feature film director.

Gentle period drama The Little Comrade is an affecting and richly visualized coming-of-age story set in Soviet Estonia during the Stalinist terror of the 1950s. Adapting two autobiographical novels by Leelo Tungal, one of Estonia’s most beloved authors, documentary maker-turned-feature writer-director Moonika Siimets captures the perplexed perspective of a traumatized 6-year-old who sees her mother, a school principal, arrested and taken away at gunpoint. The film was released in March, became a huge hit and currently ranks No. 4 all time at the Estonian box office.

Moonika Siimets is an Estonian director and scriptwriter. She graduated from the Baltic Film and Media School of the Tallinn University and attended Judith Weston’s scriptwriting and directing master classes in Los Angeles. She has directed award-winning documentaries, TV series, and short films, including Is it You? which screened at the Stockholm International Film Festival in 2013, The Last Romeo (2013), and Pink Cardigan (2014). Her documentary credits include Report: Green Estonia (2007), Another Dimension (2012), Trendy Dog (2010) and World Champion (2009). In 2018, she was one of six women to direct a short clip for the documentary film Roots. Her first feature film, The Little Comrade premiered at the 2018 Busan International Film Festival and received the BNK Busan Bank Award (Audience Award).

Antonio has the perfect life: a loving family, a good job and a nice house. But that bubble bursts when he finds out he’s in urgent need of a kidney transplant. Antonio has always been a by-the-book kind of guy, but when all legal means for obtaining a kidney fall through, he turns to the black market where he’s forced to the moral edge by a couple who put his desperation to the test.

Oscar-winner for best screenplay Armando Bo directs this provocative wickedly ironic thriller that, thanks to yet another superb performance by Guillermo Francella (The Clan), was one of Latin America’s breakthrough titles of 2018.

Armando Bó Jr. (born 9 December 1978) is an Argentine screenwriter and film director. He won the Academy Award for Best Original Screenplay for the 2014 film Birdman at the 87th Academy Awards in 2015, together with director Alejandro G. Iñárritu, Alexander Dinelaris Jr., and Bo’s cousin Nicolás Giacobone. He also directed the Qualcomm-distributed short film Lifeline in 2016, which was also a Best of Branded Entertainment winner at the 2017 One Show Awards. His paternal grandfather was film director Armando Bó.