Oscar Contender Song of Granite to Compete at 2018 FIFF 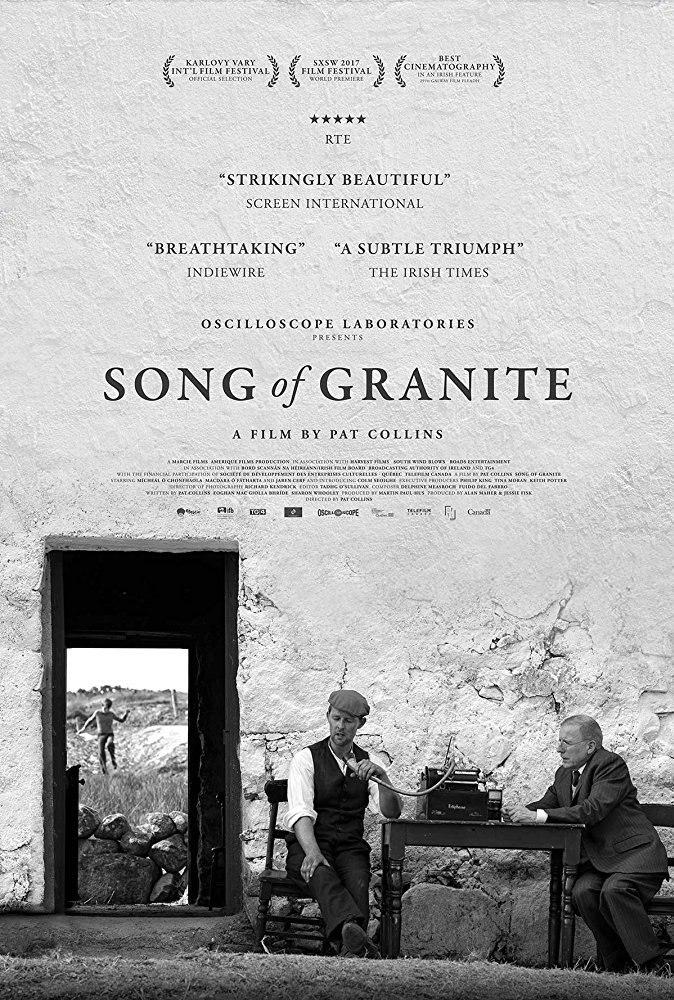 Pat Collins’ Song of Granite, about the life of folk singer Joe Heaney, which was Ireland’s selection for best foreign-language film at the 2018 Academy Awards, will screen in the International Competition category of this year’s Fajr International Film Festival.

Collins’ retracing of the colorful journey of the sean-nós singer is poetic, innovative and a treat to all lovers of Irish folk music. In order to tell the story of sean-nós (old style) singer Joe Heaney, the director blends a documentarian’s attachment to authenticity with a poet’s flair for innovation and unconventional storytelling.

Enigmatic and complex, Joe Heaney was one of the greats of traditional Irish singing (sean-nós). Shaped by the myths, fables, and songs of his upbringing in the west of Ireland, his emergence as a gifted artist came at a personal cost. Featuring performances from Colm Seoighe, Macdara Ó Fátharta, Jaren Cerf, Lisa O’Neill, Damien Dempsey, and sean-nós singers Mícheál Ó Chonfhaola and Pól Ó Ceannabháin, and beautiful black and white cinematography, Song of Granite is a distinct portrait of Heaney’s life and a marvelous exploration of music and song.

With an approach that marries traditional narrative episodes with documentary footage, the film celebrates the music Joe Heaney created while painting an unflinching portrait of Heaney, the man. His first fiction feature is Silence (2012) that attended Dublin International Film Festival 2012 and Irish Film and Television Awards 2013. Song of Granite (2017) is winner of Best Cinematography in an Irish Feature (Richard Kendrick) in Galway Film Festival 2017.

Joe Heaney is widely considered one of the 20th century’s greatest exponents of sean-nós singing, rustic storytelling ballads performed a capella in the Gaelic language, a tradition with deep roots in the rural west and south of Ireland. Raised on the remote coastal fringes of Connemara in County Galway, he was educated in Dublin, earning a scholarship and national acclaim for his musical talents. Even so, shyness held him back from public performance until his twenties.

In adulthood, Heaney’s nomadic life included long spells as an itinerant laborer in London and Glasgow, abandoning a wife and family along the way. But after he was invited to play the Newport Folk Festival in Rhode Island in 1965, he settled full-time in America, first working as a doorman in New York City, then a college teacher in Connecticut. At the time of his death in 1984, he was artist-in-residence at the University of Washington in Seattle.