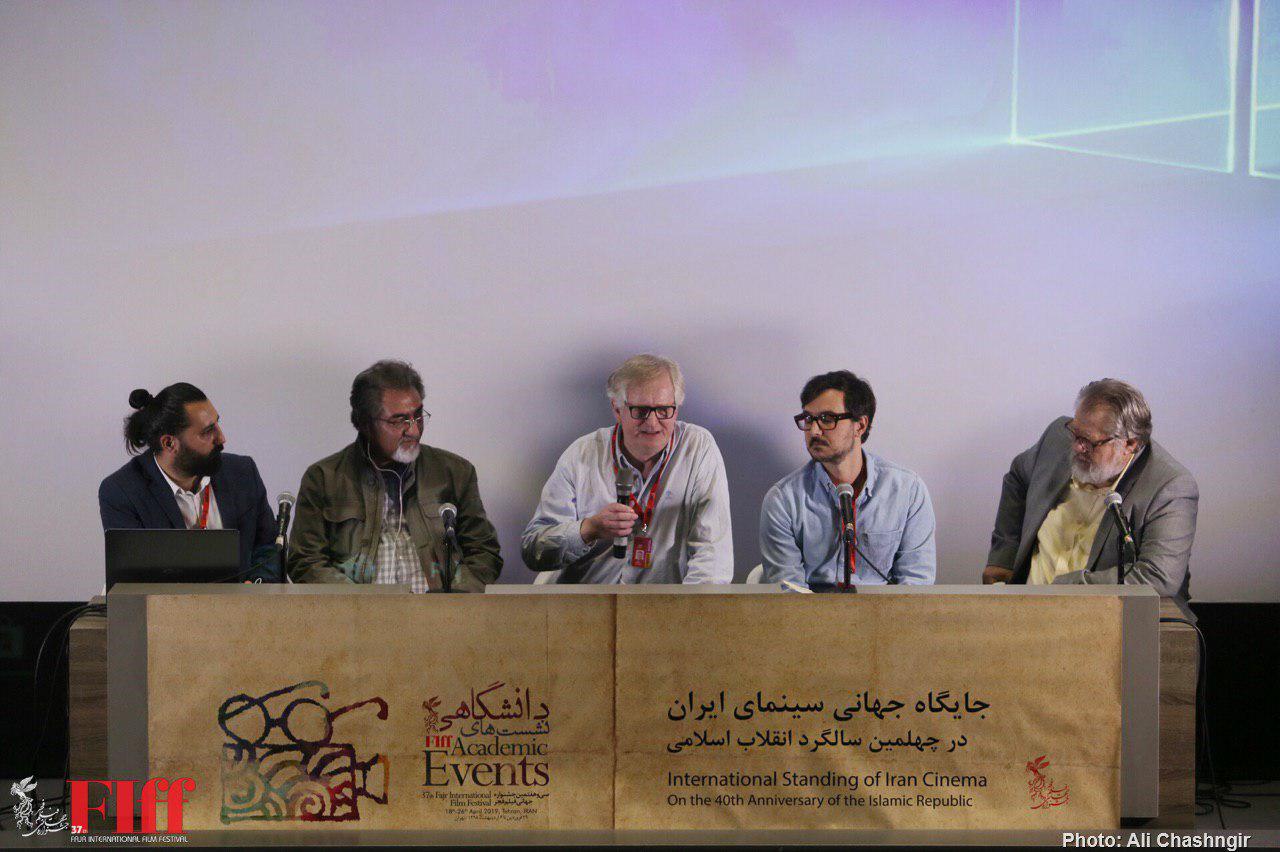 Charsou Cineplex was the venue for a one-day panel on the International Standing of Iranian Cinema on the 40th the Anniversary of the Islamic Republic.

Addressing the audience, Oylum said: I wrote a book on Iranian cinema. It was published concurrent with the 40th anniversary of the Islamic Republic of Iran. I reviewed the Iranian cinema before and after the Islamic Revolution. Turkish audiences know little about all fundamental changes in the Iranian movie industry. We have been neighbors for generations. We pay too much attention to Western art and have forgotten all about Iranian art and culture.

He added: Director Abbas Kiarostami made the Iranian cinema famous across the globe. We know the Iranian cinema through his movies, and those made by Majid Majidi. The good news is that many people now watch Iranian movies in Turkey, particularly those directed by Majidi, Kiarostami and Asghar Farhadi.

According to the Turkish writer, last year, some 2772 movies were screened in Turkey, of which 184 were French, 151 American, and 143 Iranian. Some 122 movies won awards at Turkish festivals, of which 17 were German and 14 Iranian movies.

Also speaking, John Hill said: I learned about the Iranian cinema in university. Many colleges now teach courses on Iranian cinema. I came to know Turkish and Iranian cinemas in the 1990s. Iranian movies made a name for themselves in the West through festivals, DVDs and college campuses. I also came to know Kiarostami through the same mediums.

Also speaking, Tiago De Luca said: Kiarostami made quiet movies to make his audiences think. I’m not that familiar with the Iranian cinema, but I know Kiarostami’s movies and directing style. His movies depict the genre of quiet movies.