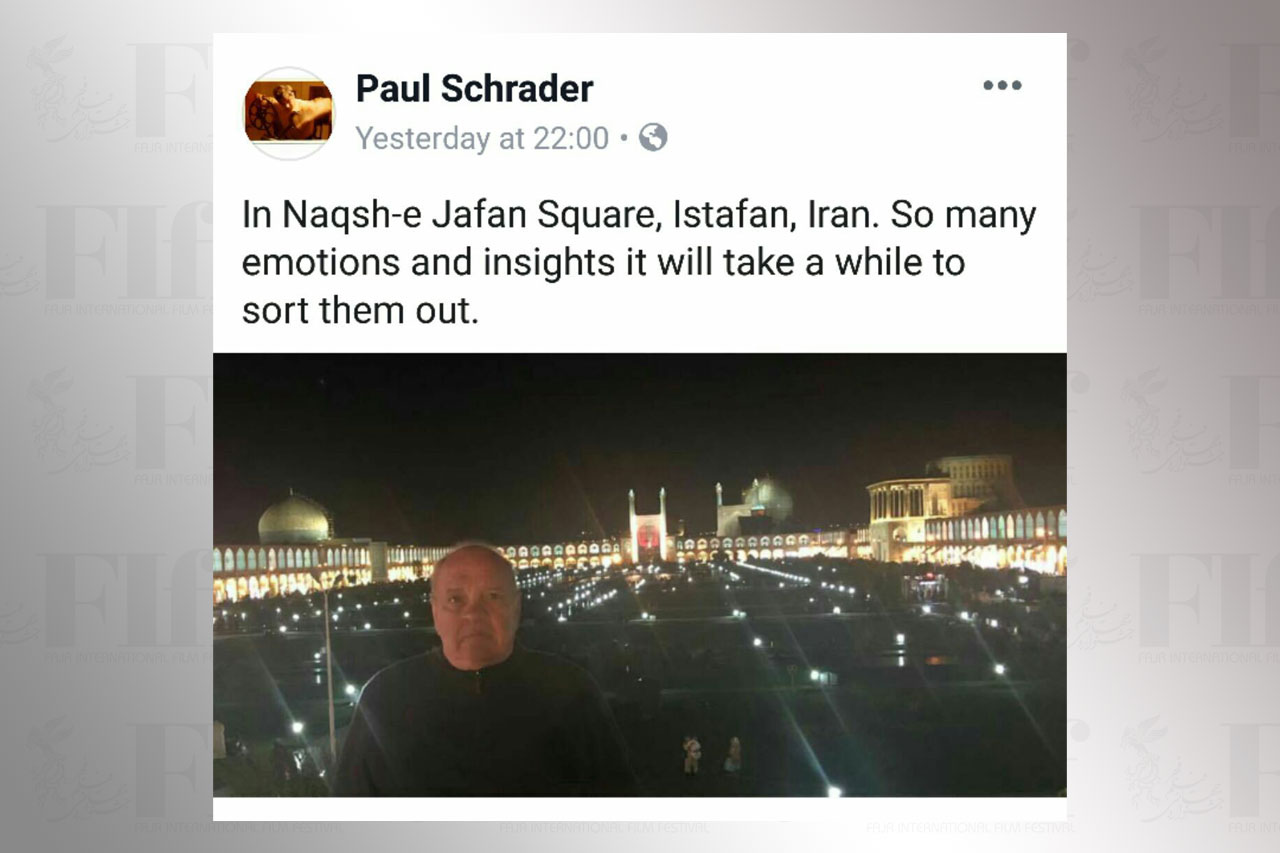 Legendary American screenwriter, director and film critic Paul Schrader, who is a special guest of the 37th FIFF, says he was impressed by his short trip to the city of Isfahan, which is known for its Persian art and architecture.

In a post on Facebook, he wrote: In Naqsh-e Jahan Square, Isfahan, Iran. So many emotions and insights it will take a while to sort them out.

Schrader who went to Isfahan before traveling to Tehran, will hold a workshop on transcendental style in film on Monday, April 22, in Charsou Cineplex.

Presided over by award-winning writer and director Seyyed Reza Mirkarimi, the 37th edition of Fajr International Film Festival is underway in Tehran until April 26. For further information, please visit our website at www.fajriff.com.