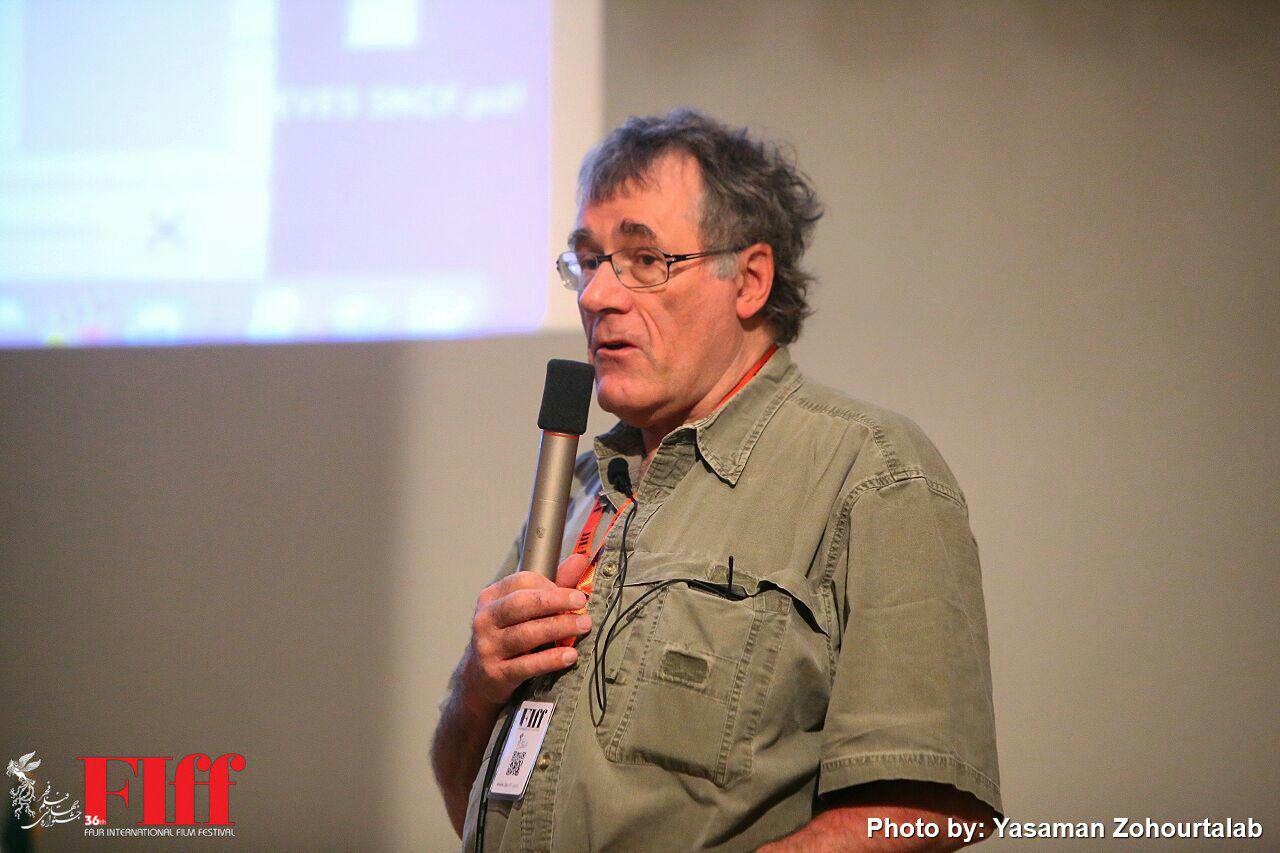 French cinematographer Phillip Ross had a workshop on documentary filmmaking at the IRIB College and on the sidelines of the 2018 FIFF.

Philippe Ross, also digital imaging supervisor, consultant and instructor, is a specialist in hand-held camera and ergonomics techniques. He is fully acquainted with digital shooting systems and post production workflows. He worked as digital imaging director for five and a half years in the Oceans’ films directed by Jacques Perrin and Jacques Cluzaud. He worked as cinematographer on underwater nights, tanks and microscopic shooting for the Oceans.

Speaking in the workshop, Ross said: It took about 6 years to shoot Oceans. We sailed through the oceans and went underwater many times. We traveled to 24 countries and did shooting at 54 locations, including underwater. Some places were pristine and our camera was the first to arrive. Director Jacques Perrin was so sensitive about the quality of cinematography and the style. We had to make many tools to help him put his vision into scenes. Dolphins and whales were our stars of the documentary.

Presided over by writer-director Reza Mirkarimi, the 36th edition of Fajr International Film Festival runs in Charsou Cineplex and other venues in Tehran until April 27. The organizers are receiving over 300 special guests, ranging from filmmakers to screenwriters, actors to critics and scholars. A host of A-listers like Franco Nero and influential American film director Oliver Stone are also attending.