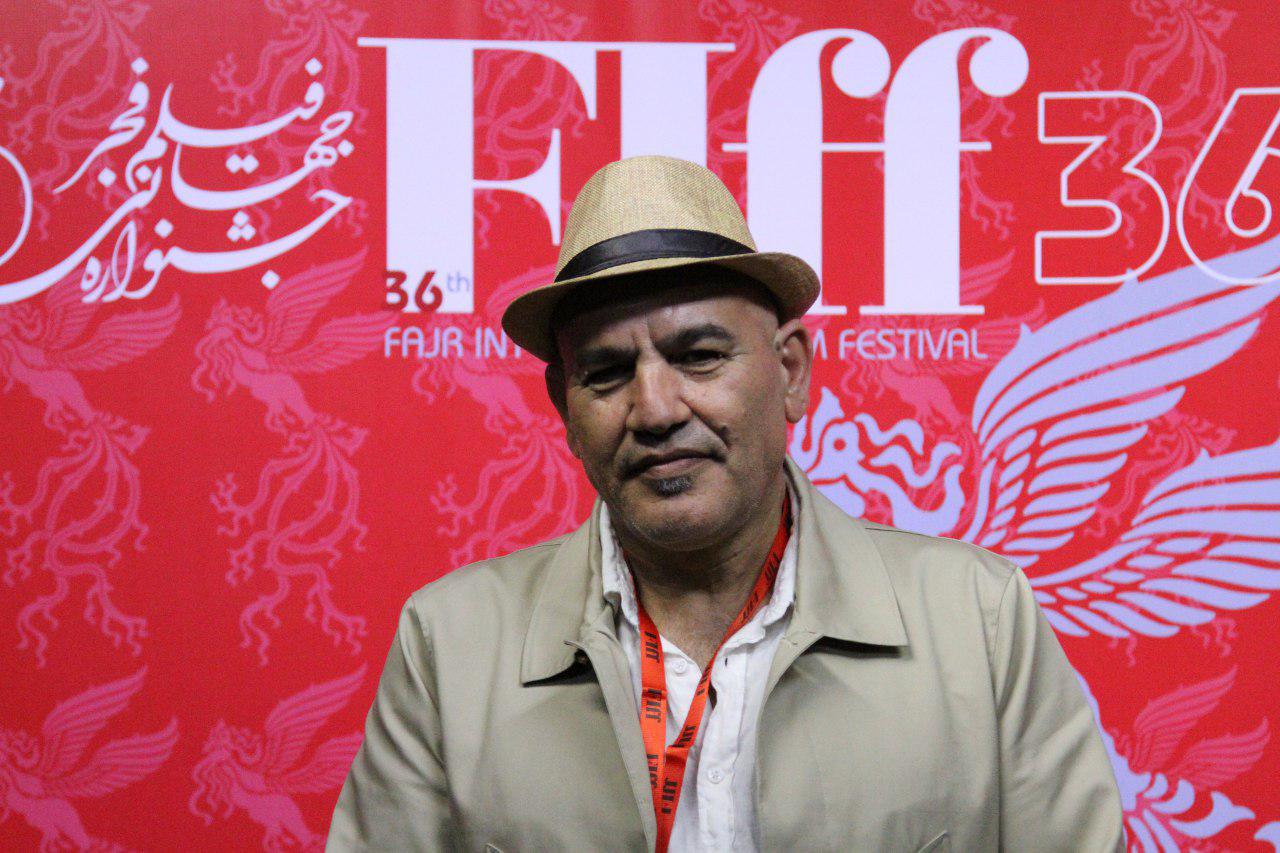 Palestinian director Rashid Masharawi, whose movies take us on a journey through the Palestinian cities past and present, inside prisons and behind the scenes of the resistance movement challenging the Israeli occupation today, is attending the 2018 Fajr International Film Festival as a special guest.

Speaking to the media in Charsou Cineplex on Monday, Masharawi said his film Writing on Snow, screening in the Olive Branches section, is about five besieged Palestinians living in a house in Gaza: They are fighting Israeli occupation. The movie narrates their differences of opinion and how this has got them into trouble. The message is that irrespective of theirs differences, Palestinians need to unite against Israel, because only through unity they can conquer their common enemy and prevail.

Rashid Masharawi was born in Gaza in 1962 to a family of refugees from Jaffa. He grew up in the Shati refugee camp. He lives and works in Ramallah, where he founded the Cinema Production and Distribution Center in 1996 with the aim of promoting local film productions. He also sponsors a mobile cinema, which allows him to screen films in Palestinian refugee camps.

His movie, Writing on Snow, is screening in the Broken Olive Branches section of Fajr along with several other movies featuring Palestinian struggles for freedom and self-determination. The non-competitive section is screening more than 10 feature films, and the conflicts in Syria, Yemen and Myanmar are the subjects that run through several entries in this year’s event. The lineup includes documentaries and dramas from Syria, Egypt, Iraq, Lebanon, Palestine, Yemen and Turkey. There are also Q&A sessions after screenings in which international guests and filmmakers discuss their movies and answer questions from the press.

Presided over by writer-director Reza Mirkarimi, the 36th edition of Fajr International Film Festival runs in Charsou Cineplex and other venues in Tehran until April 27. The organizers are receiving over 300 special guests, ranging from filmmakers to screenwriters, actors to critics and scholars. A-listers American director Oliver Stone and Italian actor Franco Nero are also attending right now.