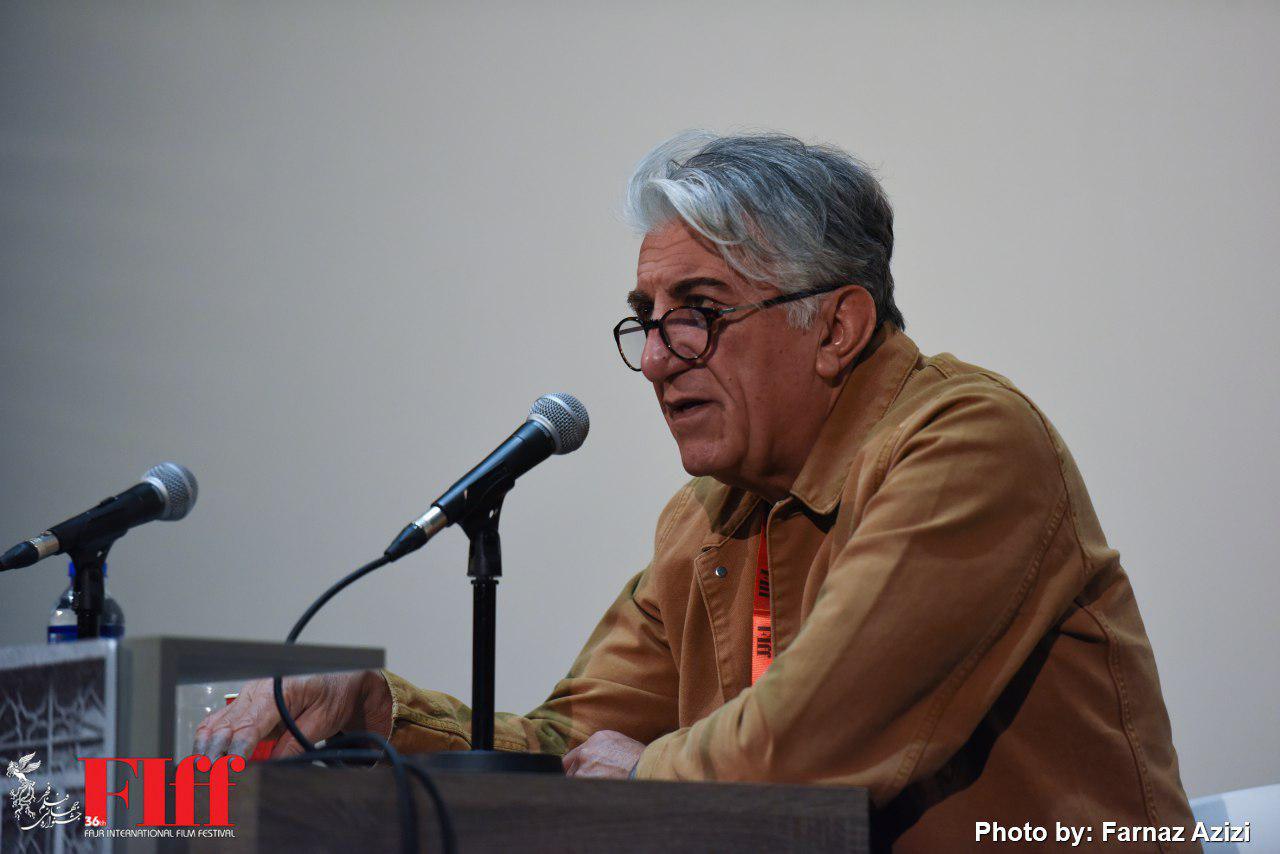 Iranian actor Reza Kianian had a workshop on acting in the Talent Campus of 2018 FIFF.

The one-day workshop provided Iranian and international students with a thorough foundation of acting methods and skills with a specific focus on acting for film. The class emphasized the basic elements of the craft of acting, scene study, and monologue work as starting points.

Speaking at his workshop on Friday, the A-lister said there are three types of actors: single role, dual role, and multiple role. He explained that these refer to one actor playing one, two or more roles, which may be deliberately scripted in a play or film, or merely be a by-product of a low budget.

He added: If you plan to understand the concepts of acting and directing, or your personal issues in life, first you need to write about them. Then you will realize how much additional work you have to do on it. You also need to know the steps and the significant point of view when selecting your actors. The director and producer are responsible for casting, and they will tell the actor what to do.

According to Kianian, casting does in no way mean that the actor should just obey the director and he or she should demonstrate no creativity: A director who doesn’t recognize the concept of acting as an individual art will fail. This is because he will then have generic actors on his hand, mimicking each other, and reading what they have to read from the written script.

Elsewhere in his teaching, Kianian said single role players only act in one role: This is what the Hollywood cinema does best and wants: Bruce Willis, Harrison Ford, and suchlike. Ford, for instance, is always the protagonist of his movies, a hero and a family man who has to save the world. Dual role actors can do a specific range of characters, but they have their own limits too. They can make themselves household names such as Al Pacino, Robert De Niro and Marlon Brando. However, there are also multiple role actors who have what it takes to unplug themselves from personal emotions and instincts, see the role from above and for themselves, and go for it. These people include A-list stars like Tom Hanks, Kevin Spacy, Dustin Huffman and Antony Hopkins.

At the end of his workshop, Kianian recommended that serious actors attend acting workshops to help increase their skill.

Presided over by writer-director Reza Mirkarimi, the 36th edition of Fajr International Film Festival runs in Charsou Cineplex and other venues in Tehran until April 27. The event organizers are receiving over 300 special guests, ranging from filmmakers to screenwriters, actors to critics and scholars. A host of A-listers like Franco Nero are attending right now, including influential American film director Oliver Stone.