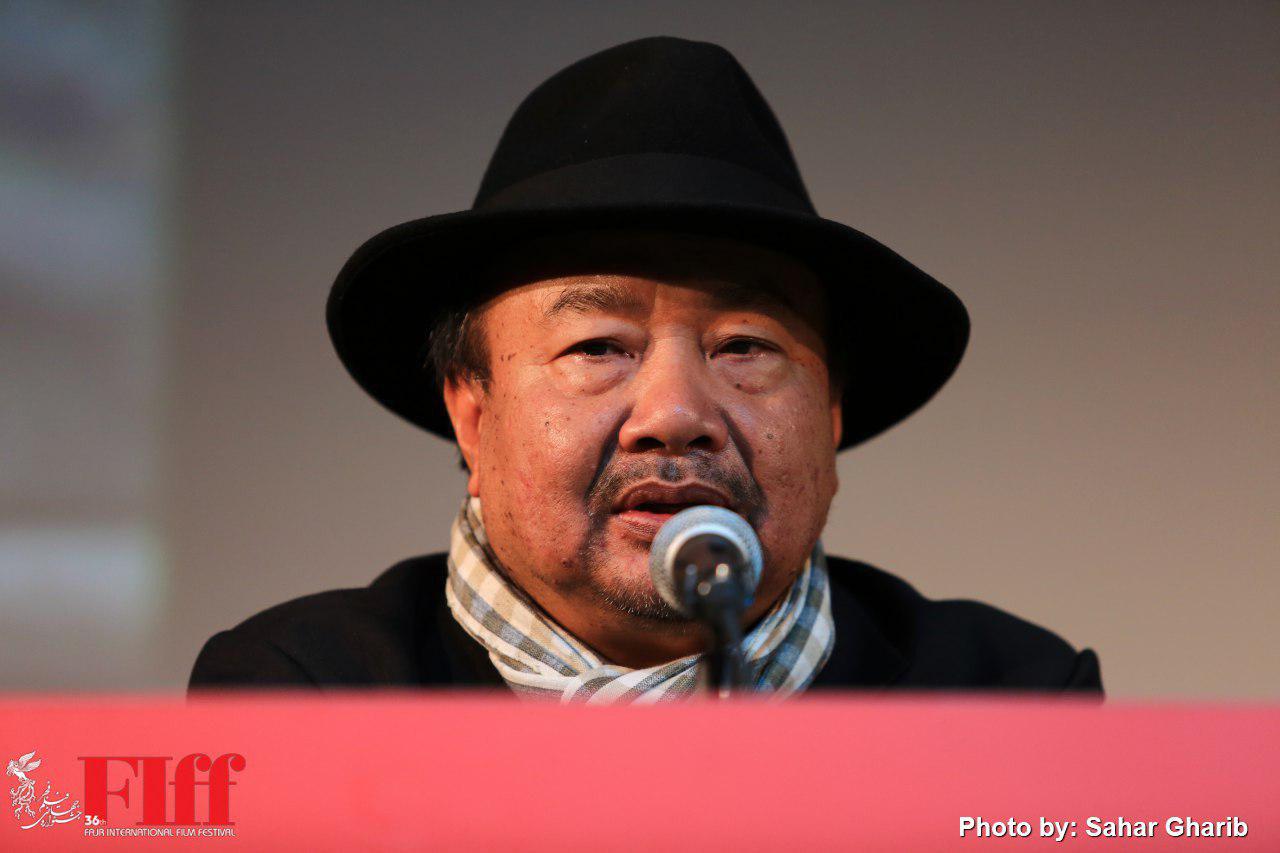 On the seventh day of 2018 Fajr Filmfest, 26 April, Cambodian director and producer Rithy Panh headed a panel on exchanging the experience of film directing in Charsou Cineplex.

He looked at some of the many paths to making an unbiased film and achieving that goal, drawing on his personal and professional experiences to examine the motivation, training, and resources necessary to accomplish this challenge. Issues discussed included project development and the ways that emerging technology is putting filmmaking within closer reach of more and more aspiring writers, producers, and directors.

Panh further explained why he became a filmmaker in Cambodia, where he said art had no place: I suffered a lot because of the bitter events of my past. I could have done music and painting to alleviate my psychological sufferings, but went for filmmaking instead, because there were no pictures showing the crimes committed against humanity by the Khmer Rouge in Cambodia. I had all the images recorded in my head but not on reels. I had to picture those things either as a drama or documentary, and I had to make it. It was a tough time for me to once again rerun those terrible scenes and I had no intention to make my viewers suffer with me either.

He added: I had this in mind that my pictures should be impartial. I had to be fair. I had to talk about the suffering of my victims in a balanced way. The same was true about my antagonist. What makes things complex is that we have to accept those who committed those crimes against humanity were humans too. I should never try to judge them for what they did.

The curtain fell on the 36th edition of the Fajr International Film Festival, presided over by Reza Mirkarimi, on Thursday. Vahdat Hall hosted the closing ceremony at 6:30 pm, attended by Iranian and international filmmakers and guests. The most anticipated moment of the Fajr Filmfest included live music performances by tenors Shahram Nazeri and Hafez Nazeri.