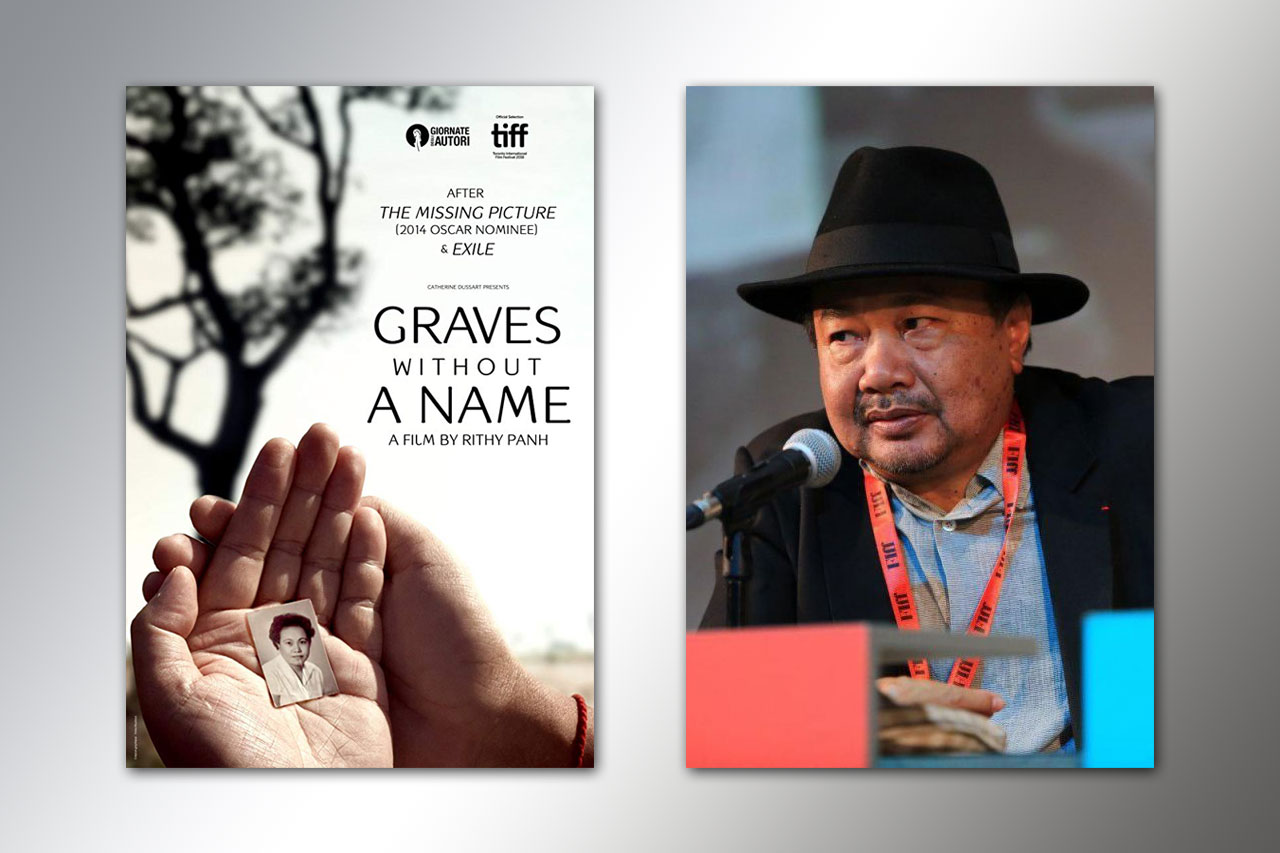 Graves Without a Name, a 2018 Cambodian documentary film directed by Rithy Panh, will be screened in the Special Screenings – Best of Countries section of 37th Fajr International Film Festival.

Panh continues his exploration of the Khmer Rouge atrocities through an approach that lingers between the art-house film and the documentary, in a film that was Cambodia’s entry for the Best Foreign Language Film of the 91st Academy Awards, but it was not nominated.

The presentation is split in three different types of sequences. The first depicts Cambodian (burying) rituals, from a number of people (including the director himself) who do not even know where their relatives and loved ones died or even if they were buried. The second, and the most impactful, consists of testimonies from a number of people who have experienced the Khmer Rouge regime first-hand. Their narration paints one of the blackest pictures in the history of humanity, with the events including “scenes” of death from hunger, rape, militia overhearing people’s houses and informing the authorities of anything that could be against the official guidelines, forced transfers of people with “slender hands and sharp nails” to areas filled with mud in order to work and to be reeducated, forced marriages, and in general, the treatment of a whole nation in a way that equated them with animals.

The recipient of Fajr Peace Award 2018, Panh is a Cambodian documentary film director and screenwriter. His films focus on the aftermath of the genocidal Khmer Rouge regime in Cambodia. Panh’s works are from an authoritative viewpoint, because his family were expelled from Phnom Penh in 1975 by the Khmer Rouge.

His first documentary feature film, Site 2, about a family of Cambodian refugees in a camp on the Thai-Cambodian border in the 1980s, was awarded “Grand Prix du Documentaire” at the Festival of Amiens. His 1994 film, Rice People, is told in a docudrama style, about a rural family struggling with life in post-Khmer Rouge Cambodia. It was in competition at the 1994 Cannes Film Festival, and was submitted to the 67th Academy Awards for Best Foreign Language Film, the first time a Cambodian film had been submitted for an Oscar.

His 2013 documentary film The Missing Picture was screened in the Un Certain Regard section at the Cannes Film Festival where it won the top prize. It won the Lumières Award for Best Documentary at the 21st Lumières Awards and was nominated for the César Award for Best Documentary Film at the 41st César Awards. The film was nominated for the Best Foreign Language Film at the 86th Academy Awards.

Panh is co-producer of documentary film First They Killed My Father (2017) by Angelina Jolie, which focuses on the aftermath of the genocidal Khmer Rouge regime in Cambodia. It was selected as the Cambodian entry for the Best Foreign Language Film for the 90th Academy Awards.

For further information, please visit our website at www.fajriff.com , or send us an email at info@fajriff.com . We ask you to carefully read the Festival’s general guidelines for submission and participation.