Roberto Perpignani: FIFF Workshops Are First-Rate – I’ll Be Back 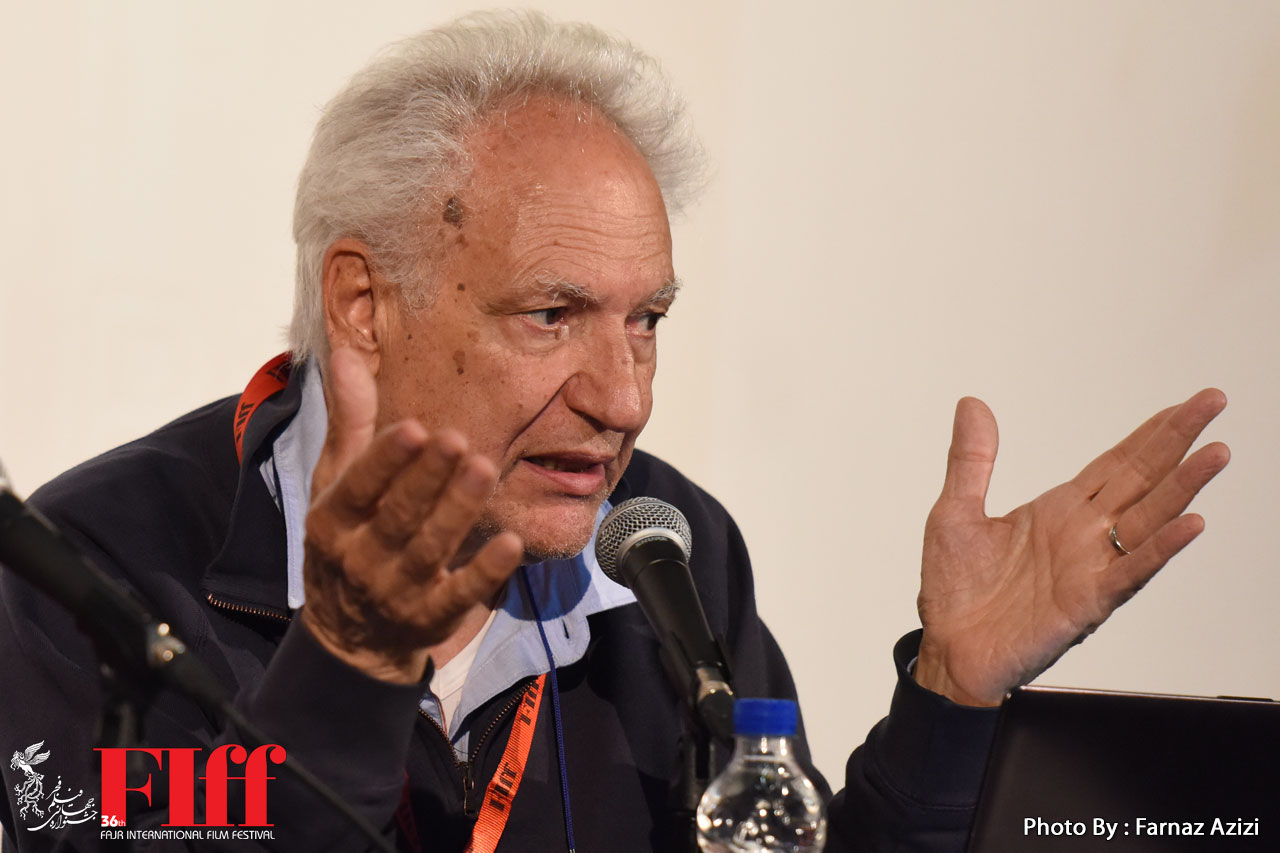 The chairman of the department of film editing at the Centro Sperimentale di Cinematografia (National Film School) in Rome, Roberto Perpignani, is one of the special guests of the 36th FIFF.

Just like many other international A-listers, he held a workshop on the art of film editing at FIFF. His one-day intensive workshop was designed to serve the needs of students from a wide array of professional, personal and educational backgrounds. For Iranian and international students contemplating a longer-term education in editing or a career in the industry, it was an excellent introduction to the field. This course gave students the necessary skills to edit and a theoretical toolset for approaching different projects.

According to the Press Office of the 36th FIFF, Perpignani said the workshop and the experience of being part of this year’s festival and great movie community was so first-rate that he hopes he can attend the event next year as well.

Speaking at his workshop, he said: I know Iran’s cinema from Abbas Kiarostami’s films and of course watching other movies, such as those produced by Babak Karimi, who is an Iranian film distributor in Italy. The most important feature of Iranian cinema is that it is always in the search for truth.

The editor of Last Tango in Paris added: Italy had a new wave cinema. We had a neoliberal cinema in our country that helped us relate to and live in reality. That cinema always tried to interact with our society and talk to it directly.

He added: Two years ago, I came for the first time to Iran for the release of The Messenger of God by Majid Majidi, and this year the festival’s organizers invited me to have a workshop. I accepted the offer with great honor. I met my Iranian friends again and I’m grateful for that.

The long-time colleague of Bernardo Bertolucci also talked about film editing techniques in Iran and said: We need to have longer workshops at the festival that are intensive but not just for one day. I’d be delighted to come here again next year for another exciting experience. I would accept the offer with great joy if I’m invited again.

Presided over by writer-director Reza Mirkarimi, the 36th edition of Fajr International Film Festival is underway in Tehran until April 27. The organizers are receiving over 300 special guests, ranging from filmmakers to screenwriters, actors to activists. A host of A-listers are attending right now, including legendary Italian actor Franco Nero. The influential American film director Oliver Stone is also scheduled to attend later this week.