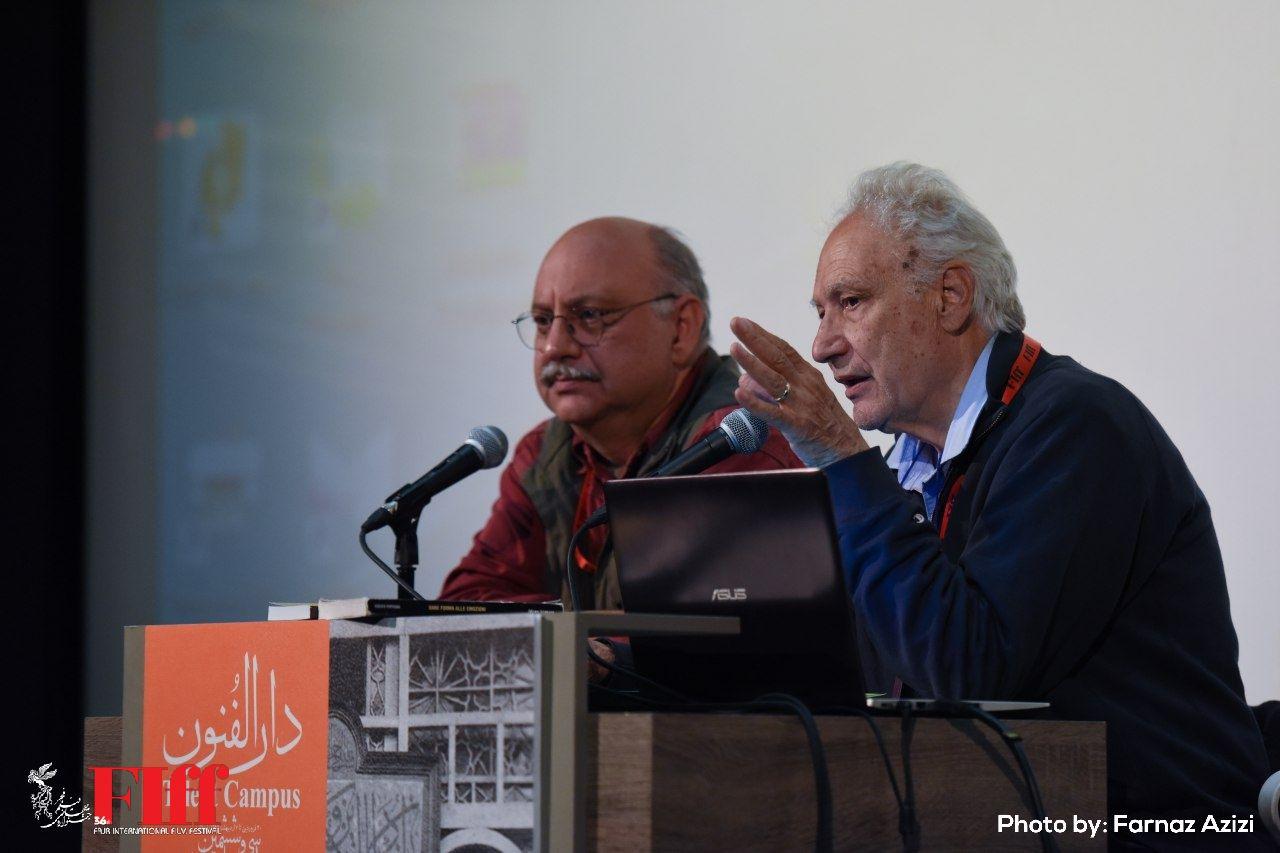 Iranian and international students of the 36th FIFF Talent Workshop attended a one-day class on film editing taught by one of the world’s best film editors Roberto Perpignani.

The basics of film editing and much more were the main focus of the Italian master’s Thursday workshop in Charsou Cineplex in downtown Tehran.

Roberto Perpignani has been teaching film editing in Rome’s prestigious film schools and colleges. He also worked as editor with Orson Welles, the Oscar-winning director of Citizen Kane. In the class, he talked about the legendary American auteur and how his collaboration with Welles had a profound impact and lasting impression on him and his career as film editor and tutor ever since.

Perpignani admits that he learned the art of film editing from Orson Welles, ‘even if that only meant marking his negatives in the dark room of a garage.’ Elsewhere in his class, he talked about the significance of jump cuts as a tool for artistic achievement. He said earlier critics never liked the use of jump cuts in a feature-length movie, but now it’s widely used in commercial videos and advertisements.

According to the Italian editor, the jump cut itself is nothing more than the joining of two non-continuous shots. However, the result of the jump cut is to focus on discontinuity. Not only does the jump cut remind viewers that they are watching a film, it is also jarring. This result can be used to suggest instability or lack of importance in the story.

Each April, the Fajr International Film Festival attracts the most innovative storytellers, students, and adventurous audiences to the nine-day celebration of the best independent Iranian and foreign films, filmmaking workshops, Film Market, and events.

Presided over by writer-director Reza Mirkarimi, the 36th edition of Fajr International Film Festival is underway in Tehran until April 27. The organizers are receiving over 300 special guests, ranging from filmmakers to screenwriters, actors to activists. A host of A-listers are also attending right now, including legendary Italian actor Franco Nero and influential American film director Oliver Stone.