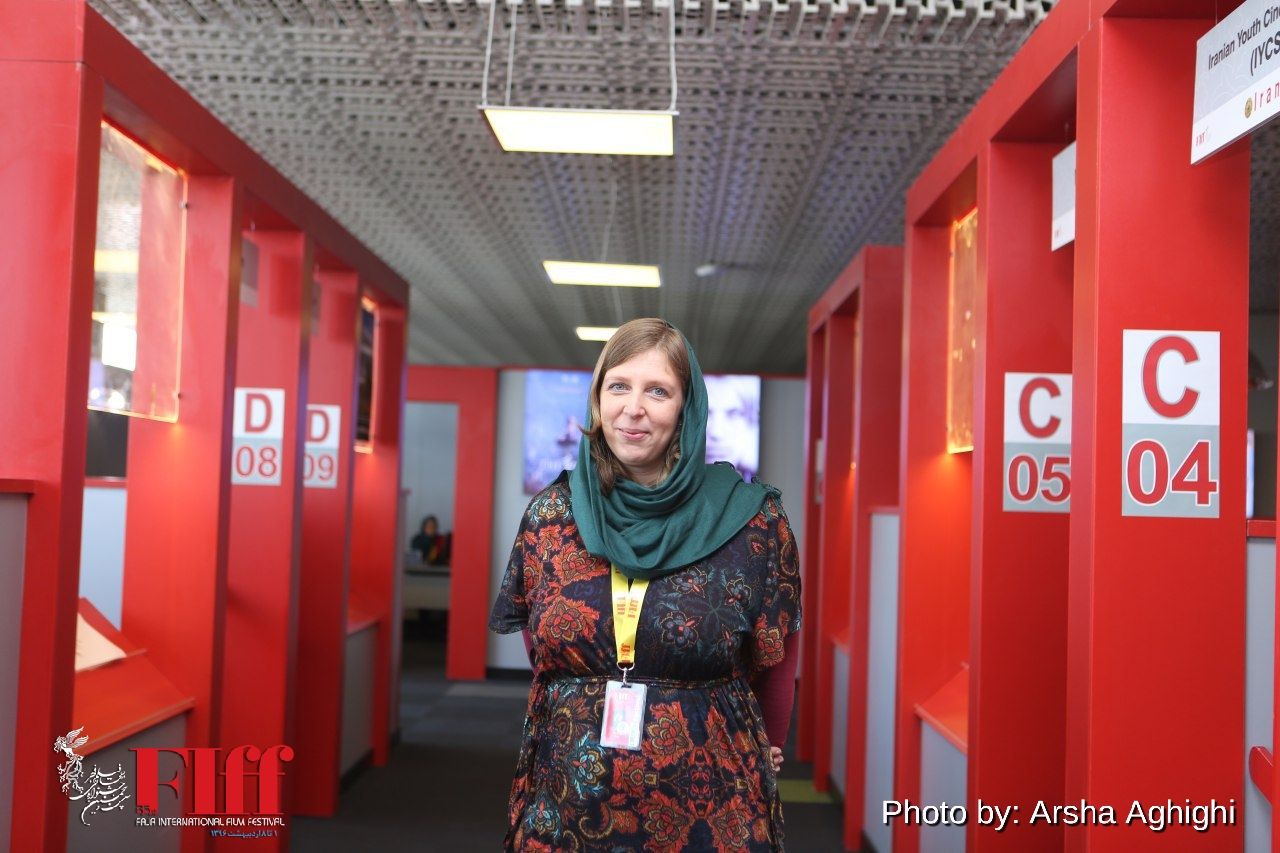 Following comes the interview with her:

Tell us about yourself and the work you do?

I’m a programmer for the Rotterdam International Film Festival. I am in charge of selecting feature films from Middle East for our festival. This year was the 46th edition of the Rotterdam, held 25 January – 5 February 2017.

How come you decided to attend our festival?

This is my second time in Fajr and third time in Iran and I am really happy that I could make it this year too. As I told you I am in charge of selecting films from Middle East so it is very valuable for me to come and see the films and meet Iranian directors and distributors and get familiar with their way of working and themes that they choose for their works.

Do you have debut?

Yes. We have specific strand for debuts named “Bright Future”, in which we find, select and screen the best works of first-time directors. But the most important issue is that we do not just look for the first film that is made, but we try to find those with new stories and themes that have not been told before by anyone else. We try to motivate directors, especially youngsters, to explore new ways for storytelling.

What sections does your festival have?

We have a section for debut as I told you that selects the bests of first or second work of directors. One section is for strong signatures, directors with high profiles and another section that our festival has and received good attention is one for strong audience. In our festival we have more than 300,000 admissions and also roughly 2,000 companies.

What is right to separate the national and international sections of Fajr?

It is helpful because Fajr and Rotterdam were held at the same time before and we could not make it. But now it is suitable for us to attend it. Technically, it is really good because each one has its own target and its own audience, so it will be a good Idea to have the new presentation. Here in the international festival we are closer to distributors and directors, and it is much easier to get access to them.

What is the impact of Rotterdam on your film industry?

Core aim of holding festivals is to share international films and facilitate their distribution; but we do have a different festival that is just for national competition. This year’s 28th edition is upcoming. This festival is a big help to filmmakers and directors to introduce and promote their works in their own country.

We are a Muslim country and you know each film mostly follows the rules and lifestyles of its place of origin. Does this affect your selection?

No. I do not think so. I think Iranian films are more watched than their Dutch counterparts. Domestic trends would not affect the way we select films.

Don’t you think cinema is a common dialogue regardless of opinion, culture and religion?

Yes of course. I think cinema must not be involved in other issues including politics and suchlike. It must remain pure.

How do you score Fajr?

I came three years ago and it was different. This year it was a surprise to me. It has progressed a lot. Good market, good staff, good screening, etc. everything is good. You must be proud of it. There was just some late arrangement for tickets, otherwise everything was OK.

Is it fine to imitate A-list directors like Farhadi?

It is good to learn but not to copy. Good directors affect young talents and to some extent it is fine, but they must not forget to follow their own unique way of working.

I am looking forward to finding more adventurous films in Iran.