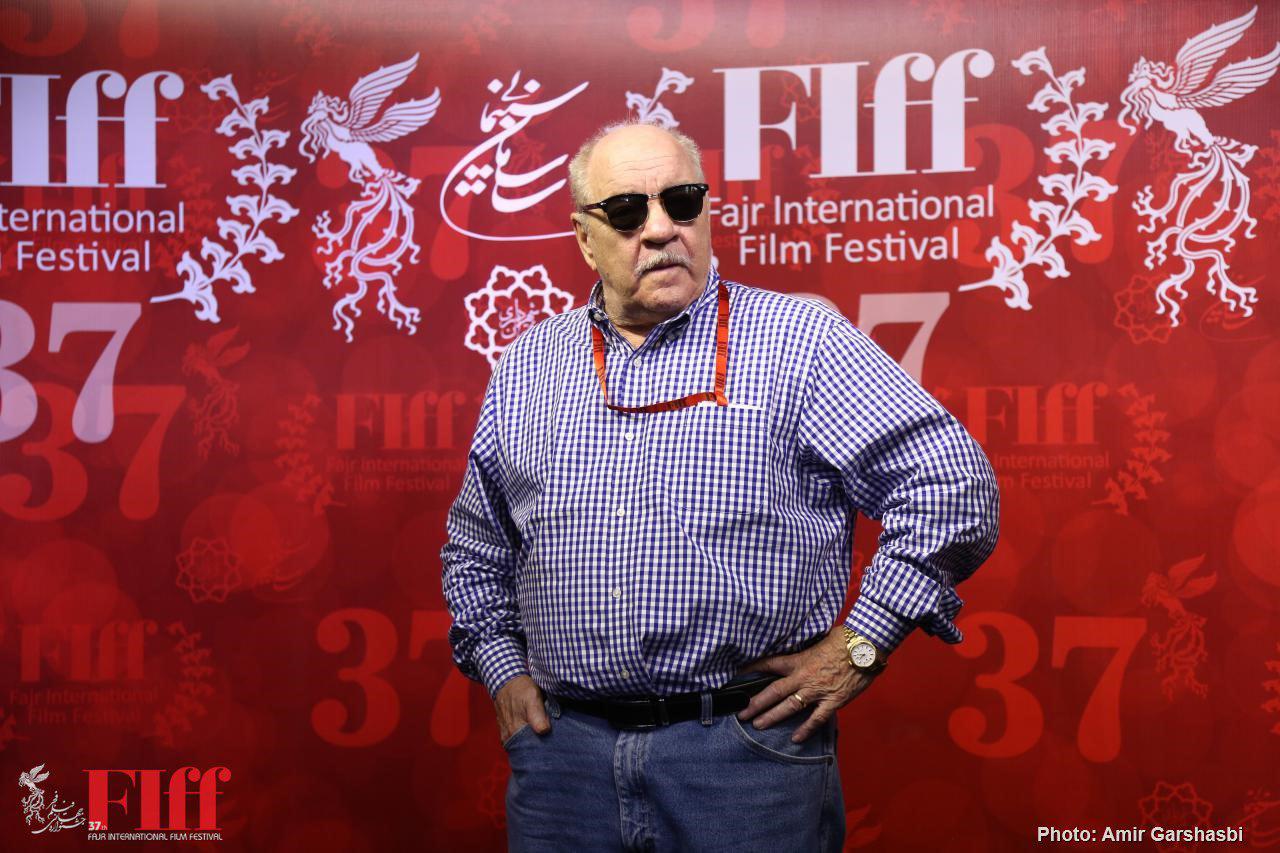 What follows is the main topics he talked about during the intensive masterclass in Tehran’s Charsou Cineplex.

I was in Los Angeles, and I was a film critic. I always meant to be a film critic, and I was driving around in Los Angeles and drinking. I had a pain in my stomach, and went to the hospital. It was a bleeding ulcer at the age of 26. I was just driving around, and when I checked into the hospital, I realized I hadn’t spoken to anyone in weeks. When I was in there an image occurred to me. It was the image of a taxicab, this yellow, metal coffin, floating around through the sewer of the city, with this young man trapped inside. It seems he was surrounded by people but he was absolutely trapped. So I said to myself that’s who I am, I am that guy. I know I need to write about him, because I was getting closer and closer to becoming him. The only way not to become him was to learn about him. So I came up with the idea of Taxi Driver. I knew how to write script and I knew how the script should look like. So I wrote the script very quickly in ten days, and I wrote that as self-therapy. As soon as I finished it, I left Los Angeles for about six months and just drifted around the country. And then I came back and I put myself together. What I learned was that I needed a fiction, and non-fiction was insufficient. I needed to create fiction, and I needed to create this character. Then I created Travis Bickle’s character. And then I learned how to use oneself as raw material to create functionality of a script.

You are the raw material. No one is interested to see you write scripts like somebody else. You got to learn how to do that. The only thing that you have is uniquely your own style.

I lecture from time to time on screenwriting, and when I lecture. It’s a five-point program. It goes from problem (theme), to metaphor, to plot, to oral tradition, to outline. That’s the progress of an idea. It all begins with a theme, and another word for a theme is a personal problem. Metaphor is something very much like a problem but it is not the problem. It is expression of the problem. In Taxi Driver the problem was loneliness, young man loneliness, and the metaphor was a yellow taxicab. Every time you see that taxicab you feel loneliness. The metaphor essentially does the job. History of commercial ideas is history of great metaphors: Jaws, Rosemary’s Baby, The Exorcist; all the great classics use metaphors straight.

So I don’t think the screenwriting is the form of writing. The screenwriting is much closer to oral tradition than literary tradition. What the screenwriter does is he tells you the story just like you tell a friend like you are a group in a kind of situation where on Sunday you get together and swap the stories. You unclose the hunting; dog seeks and barks, that’s really what screenwriting is all about. You have a problem and loneliness and you have a metaphor. A taxi driver so what happens now, what can happen? Once you study just think about what could happen and eventually a mere plot starts to evolve, a taxi driver which is you have a man frustrated. He doesn’t want to grow, he cannot have, he tries to play a father figure but he fails. He kills the father figure of the other, and by that becomes a hero, that’s the entire story. Now you get there through the oral tradition and you can make a subplot there.

An American professor is in Tehran to speak. He is walking down the street and sees the woman and he recognizes her. She is the wife of a friend of his. His friend and wife separated and went back to the U.S.A and she is here and it’s completely mystified why she is here and she is speaking Farsi. And now we got another situation. Now you have a man who is coward, you have a hidden agenda and you have this woman. How you connect them?

Start to reimage it. I’m doing this right now. That’s really how it works and just think about it. That’s why it’s the oral tradition that’s written , because you are speaking to someone and so you say to someone: I’ve got an ideas ‘let me buy you a coffee, let me buy you a drink. I want you to hear this story. Many have known many stories. To tell the story may be at only 9 or 10 minutes long. But you start to tell the story to a group of people just like I’m doing it now. And you start to realize what’s interesting to people and what’s interesting to you, and you think about it and tell it again. You are not really that interested. It’s like you have to and you cannot let them go. And maybe if I thought you are a little mad for what just come up with that something. I try to gain your attention. Because I’m trying to keep you. So as you tell the story you start to see, you read people. See what is interesting and what’s not interesting, and you have to do something about it. Raymond Chandler once said ‘if you get in trouble, have someone walk in the room with a gun.’ Because you are so glad that someone is there, and you can ask them where are you from and the same thing is true here.

There is a guy named Robert McKee who wrote a book 20 years ago about screenwriting and became a very big cult in the U.S. So it’s one of the worst things that could happen to the screenwriters because it’s about three acts and what would happen to give every given point. I’m sure someone to teach that. And it tells about how the story goes. Yes, it follows three acts sometimes: past, present, and future. But sometimes it’s two acts and sometimes is five acts. Sometimes you don’t care how many acts it’s and maybe it’s one act. You learn every good artist has to teach themselves and you know to take these classes, but you know, take what you want from now.

On Ali Abbasi – Director of Border

I remember I was at the Copenhagen Film School 25 or 30 years ago, and had a lecture there. Then I go back to them after 20 years and I saw they had taken the chalkboard I wrote on and framed it and hang it in the school. That night I was having dinner at the school with a student who was there the second time. He was Ali Abbasi who did this film called Border last year, I don’t know you see it or not, but it’s a very good film, and that night I gave him the lecture for a second time. (Laughs)

Film schools aren’t very useful normally and you don’t learn very much at film schools. But you do learn one thing: How to network. And networking is what all is about. Some of the best film schools are in Los Angeles and New York, where you can network better. The idea of writing a script and mailing it is not a good idea. It’s theoretically possible that you write a terrific script and get it through all restrictions, but that’s very unlikely.

We used to live an age that there were great barriers to filmmaking. We kept a lot of people out of the business, women, and blacks and… Hollywood was a club. That period is gone now, because of technology. We are in a totally democratized international film business. So, good news is that anybody can make a film. The bad news is that nobody can make a living out of it. You can make a film and all you need is your phone and shooting, editing and even distribute your film. But the problem is that you and thousands of other people are doing that, and how you can be Ali Abbasi. So that’s a combination of talent and calculation and luck. You have to be ready to be at the right place and right time and how to use that moment.

On Making It in Film Industry

In the last four or five years, I’m seeing more and more of young writers that have an idea for a movie. He doesn’t have the money or the expertise to make that feature film and of course, nobody is going to sit there and watch it. But now we have seen the birth of these short films that I call them Audition Films. You have a script for the feature film that you want to make, but you can’t get anybody to read it or anybody to get interested in. But it has a couple of great scenes in it. So you must make a short film out of those great scenes instead of sending the script. There are so many successful examples for this way of presenting your talent. So, just make your films and enter them into the short film festivals. Then some people will see your films and you have a bigger chance to make your feature film financed. This is another approach that I have seen more and more often these days to get into the business of filmmaking.