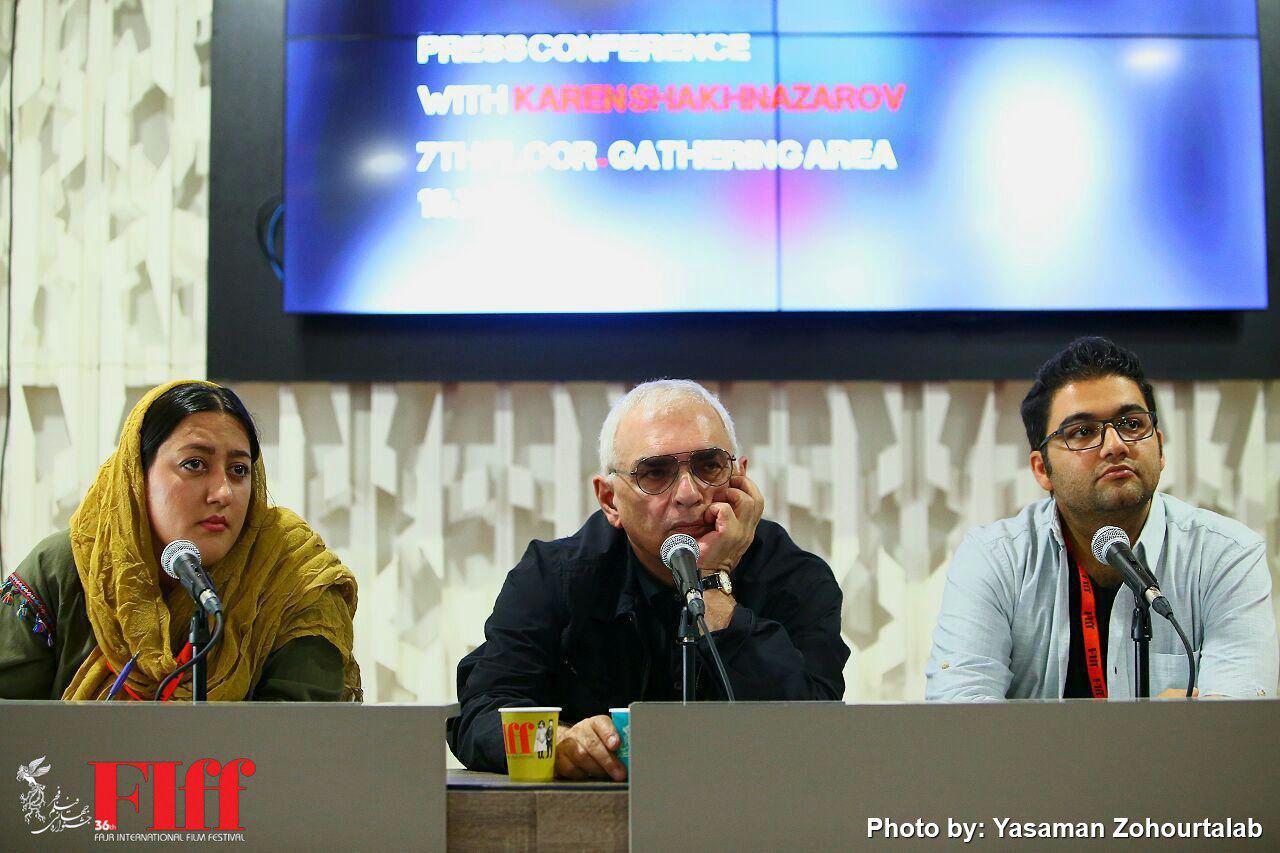 Russian filmmaker Karen Shakhnazarov had a presser Saturday in Charsou Cineplex on the sidelines of the 36th FIFF.

The man whose 2012 film White Tiger was selected as the Russian entry for the Best Foreign Language Oscar at the 85th Academy Awards, but it did not make the final shortlist, said: I studied in one of the best film schools in Russia. After graduation, I made short movies. My work includes making six films during the Soviet Union era, plus directing 20 films and a TV show years later. I have also produced couple of films.

He explained how the Russian movie industry has changed before and after the collapse of communism: There is definitely a significant difference between film making during the Soviet era and recent times. In the former Soviet Union, you didn’t need to have sponsors. All your production costs were covered and paid by the state. That was the positive side. The negative side was that state censorship was rampant.

Talking about Iranian cinema, Shakhnazarov said: I like the Iranian cinema and I see a good future for it. The country is a master of cinematic perspective. Iranian cinema is admired the world over because of Asghar Farhadi and many other great directors. It is also strong in terms of techniques.

Shakhnazarov’s movie The Assassin of the Tsar is screened in the Classics Preserved strand of this year’s Fajr International Film Festival.