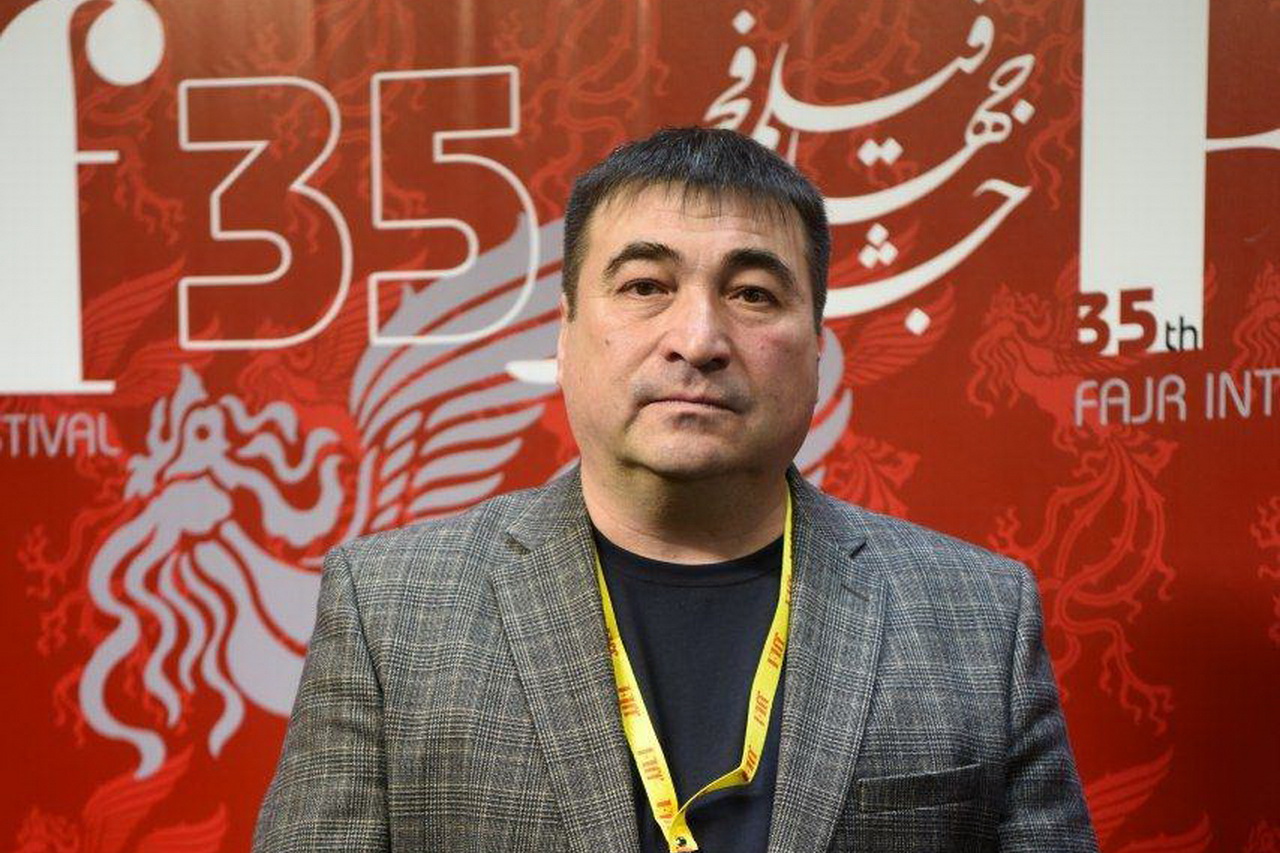 The 35th edition of Fajr International Film Festival continues to host A-list guests from across the globe. Following comes interview with Azamat Khuzhakhmetov, the director of Silver Akbuzat International Festival of National and Ethnic Cinema:

How come you decided to attend the festival?

I have always dreamt of traveling to Iran and finally I had the chance to meet Mirkarimi last year in Russia. He informed me of the festival and this year I got an invitation to attend. Finally dream came true.

Are you familiar with Iran’s cinema?

Many Iranian filmmakers attend Russian festivals each year and win various special awards. So I can say yes. I am familiar with Iran’s cinema and filmmakers and enjoy watching interesting and successful movies made by Iranian well-known directors.

Can you compare Iran and Russian festivals?

Any festival is unique and holds unique characteristics. So comparing would be difficult. One important feature that drew my attention was the existence of market in this festival because not all festivals have one. In Russia just one festival named “Kinotower” has market. I think it is one important factor that must be considered.

Please talk about your own festival?

Firstly, I should say films with national and  ethnical themes would be considered in our festival, this quality makes the festival very unique. It is paid and supported by the Russian government. This year its fourth edition will be held.  More than 24 countries participated in the festival, countries like Britain, Nepal, the US, Azerbaijan, Iran, etc. It has three categories: 1. Documentary 2. Short film 3. Feature film.

Do you think Iran and Russia can have co-productions?

Sure. I think cooperation can be held everywhere, but the fact is that huge amount of money is required for co-production. We cannot cooperate unless we have enough money. But I do believe it can help the progress of film industry in both countries.

What is your definition of a good festival?

I think quality of the selected films is the most important feature of a good festival. Festivals that can allow us to watch films that cannot be seen anywhere else. Another issue that is significant is the opportunity that is prepared for people to get in touch and communicate. People can learn in good festivals. I think good festivals can be a good forum for mutual understanding of the culture and opinions.

Young students are invited to this edition of festival. How do you see that?

Festival is good place for communication and it is main place for young generation to learn from the experienced ones. So I think it is wonderful idea.

Talk about filmmaking in Russia. Is it easy?

In post-Soviet Union government supported film studios, but now most films are made independently.

How will you spend your time in Iran?

I will watch the films and hope to enjoy them all. I believe your selection committee has selected the best films for their audience. And I also love to see beautiful places in your country like museums, Grand Bazaar, etc.

One last sentence that you want to say to our readers?

I do really love to watch movies made by Islamic countries. I am very willing to get familiar with the basis of their works.