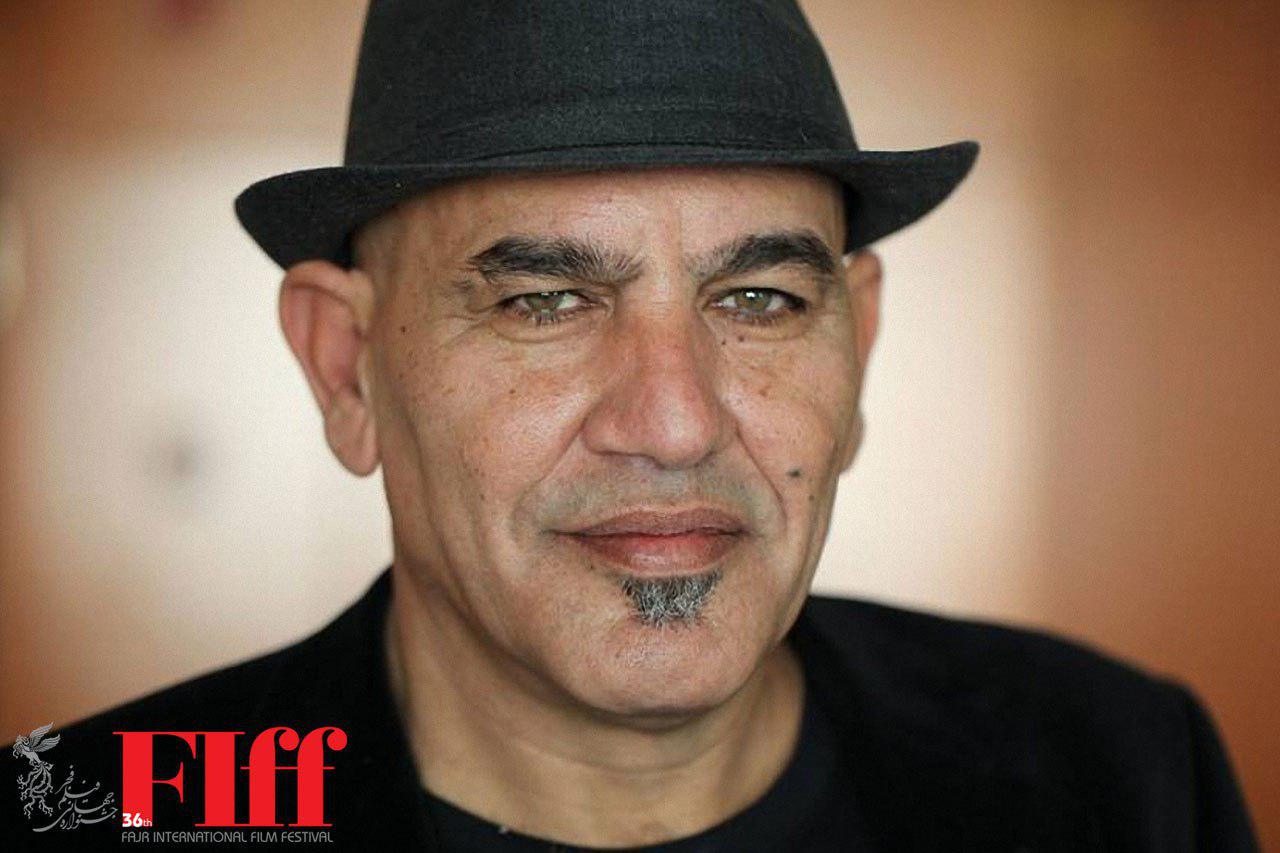 Palestinian director Rashid Masharawi, whose movies take us on a journey through the Palestinian cities past and present, inside prisons and behind the scenes of the resistance movement challenging the Israeli occupation today, is a special guest at the 2018 Fajr International Film Festival.

Rashid Masharawi was born in Gaza in 1962 to a family of refugees from Jaffa. He grew up in the Shati refugee camp. He lives and works in Ramallah, where he founded the Cinema Production and Distribution Center in 1996 with the aim of promoting local film productions. He also sponsors a mobile cinema, which allows him to screen films in Palestinian refugee camps.

Other projects include the annual Kids Film Festival and major workshops on film production and directing. Masharawi regularly organises readings and discussion forums at the Al-Matal cultural centre. With his documentaries and feature films, he has also made a name for himself as a film artist. He has received several film awards. In 1994 Cannes International Film Festival he was awarded the UNESCO Film Award for Curfew (1994), and received the audience and critics’ prize for the best film at the Montpellier Film Festival. His Haifa (1996) and A Ticket to Jerusalem (2002) feature films also won a number of awards.

According to Ahad Mikaeelzadeh, the manager of Broken Olive Branches section, a number of films depicting stories about Palestinian resistance will be screened this year at Fajr. The non-competitive section will screen more than 10 feature films, and the conflicts in Syria, Yemen and Myanmar are the subjects that run through several entries in this year’s event. The lineup will include documentaries and dramas from Syria, Egypt, Iraq, Lebanon, Palestine, Yemen and Turkey. There will also be Q&A sessions after the screenings by international guests and filmmakers to discuss their movies and give a glimpse of the violence and heartbreak taking place in war-torn Syria and beyond.

He further explains: The Broken Olive Branches section focuses on the upheavals in today’s Muslim world, putting its spotlight on the wars and occupation in Syria, Yemen, Myanmar and Palestine. The section has proven a success and will repeat itself this year with a lineup of feature and documentary films, with Masharawi as its special guest.

According to Mikaeelzadeh, Masharawi will attend this year’s event with his latest movie Writing on Snow. The film is an attempt to deal with ideological, political, and geographic divisions in Palestine and the Arab world through portraying people who believe they know the truth, rejecting the idea of coexistence despite the difference. The film stars actors and actresses from different Arab countries, such as famous Egyptian actor Amr Waked, veteran Syrian actor Ghassan Massoud, Palestinian actress Areen Omari, Palestinian actor Ramzi Maqdisi, Lebanese actress Yomna Marwan, and others.

He referred to the call made by Iran’s Leader Ayatollah Seyed Ali Khamenei as regards paying attention to the developments in the region and added: As maintained by our Leader, we are paying closer attention to regional developments and the Muslim world at Fajr. The aim is to depict the realities on the ground through the medium of cinema, something that is always intentionally overlooked and distorted by colonial powers and their fakestream media.

In conclusion, Mikaeelzadeh said a photography exhibition by Alfred Yaghobzadeh, titled Intifada Uprising, will also be held this year on the sidelines. The event aims to highlight the culture of Palestinian resistance against Israeli occupation and terror. By hosting the photography exhibition, Fajr Festival has joined people around the world who are showing solidarity with Palestine.