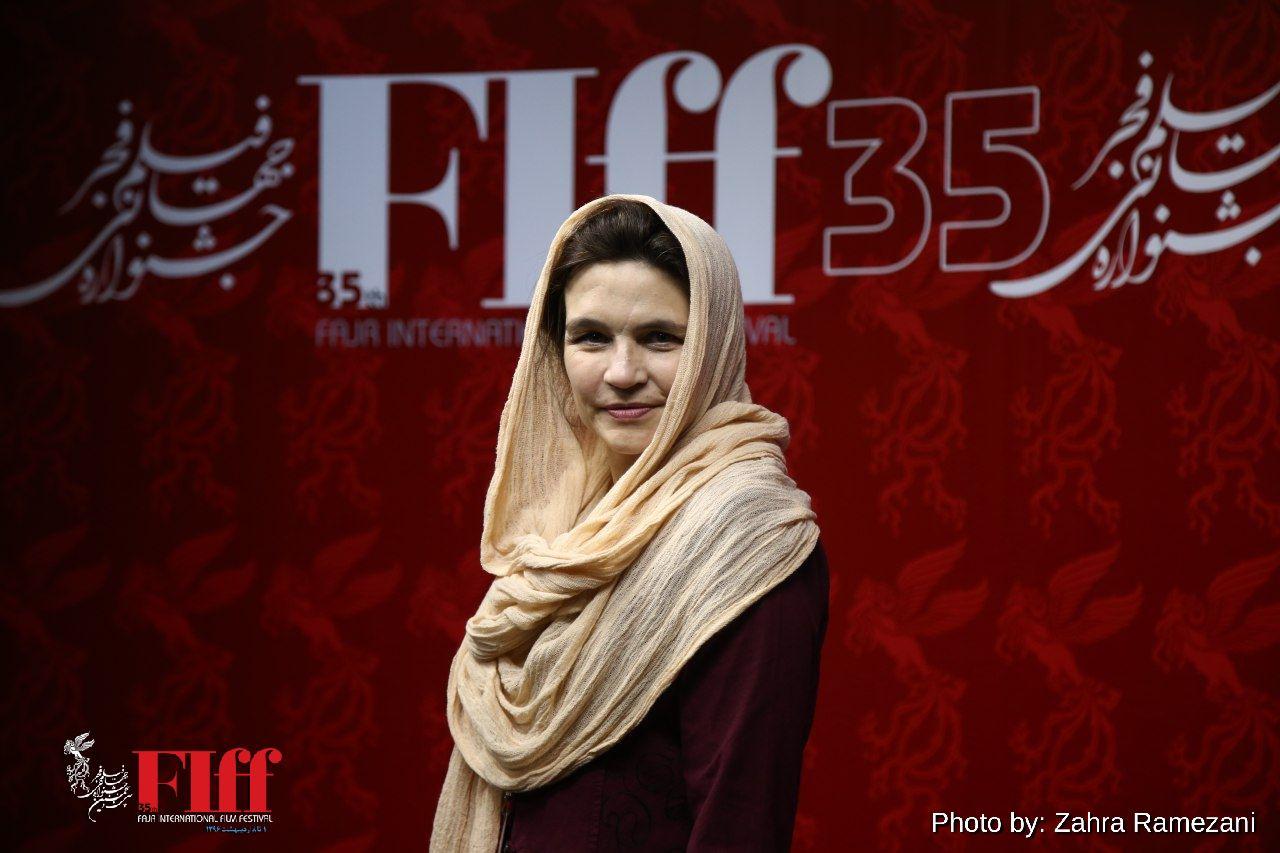 Agnes Devictor is a professor at Sorbonne University of France. She used to work for the Farabi Cinema Foundation in Iran. She has organized several programs on Iranian cinema in Europe. She has also published 3 books on Iranian cinema. More in the following.

You have a successful track record in promotion of Iranian cinema in Europe. Tell us about yourself?

I teach cinema and art at the University of Sorbonne. I used to work for the Farabi Cinema Foundation. I was doing PhD so I had to watch many films for my thesis was Iranian films. I watched as many Iranian films as I could to analyze their quality and style. I had to know all about your films and directors. I have been working on Iranian films for more than two decades. My focus was on Iran’s cinema during the Iran-Iraq war of 1980s.

Your first impression of this edition of Fajr?

I think it is a pity that you reconfigured it to national and international sections. We come here to watch Iranian films so I think it will be good if the two sections become one again. But the festival is well-organized. It is very exciting. Everyone here is so nice. People are enjoying the festival.

How about the quality of films?

Ebrahim Mokhtari was good. Kiarostami tribute was very touching. Two or three films that I saw were very good. But I will surely see more. It is too soon to talk about the quality. All festivals are different and cannot be compared. But Fajr is very good. I just regret that there are not many Iranian films. When you come to Iran you want to see Iranian films and people but there is not enough. Big directors want to see Iranian films and colleagues up close and personal.

Any comparisons with the past?

I remember 20 years ago people were just waiting hours and hours to watch films. It was exciting to see so much enthusiasm. I don’t see that today. But this festival is very well organized and staff are very helpful. There is hospitality everywhere.

Any programs during the festival?

We have a seminar at the IRIB and the subject is cinema and religion. I’m also going to watch more films, especially more Iranian films.

The Talent Campus or filmmaking workshops have brought here many foreign students. What’s your impression?

Fajr is doing a nice job with universities and young students. It’s an annual favorite. If all festivals do that it would be great. Communication is very good. There are translators everywhere and I can understand Persian. I can see that the programmers value the importance of education in your country.