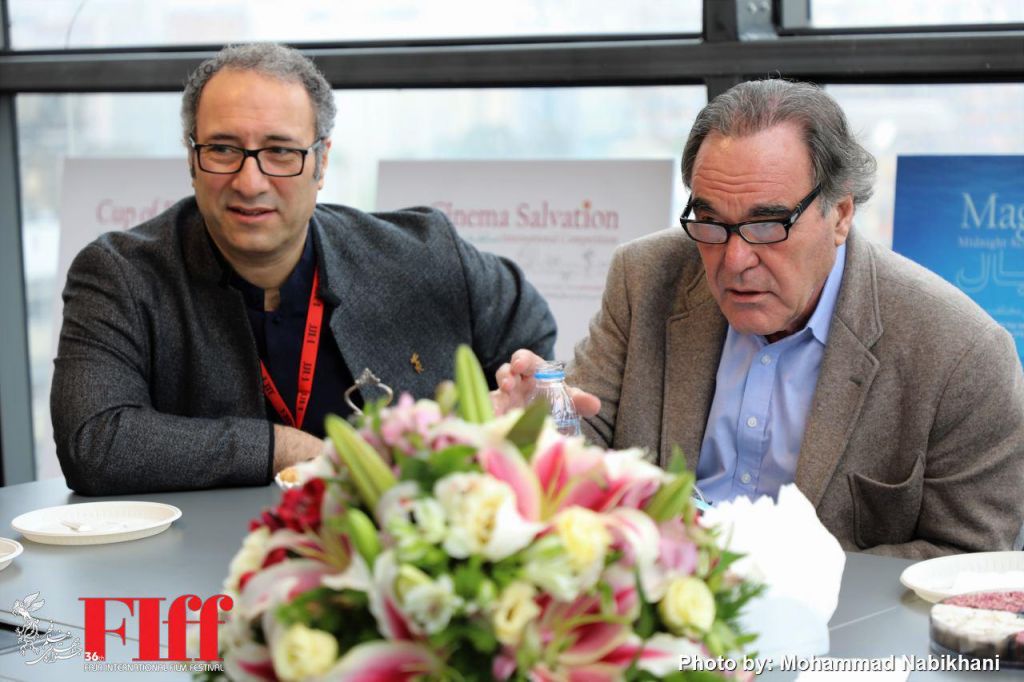 American film director Oliver Stone and his Iranian counterpart Reza Mirkarimi, who is also the director of 2018 Fajr International Film Festival, will meet for a panel hosted by Felestin Cinema on Thursday to talk about their professional experiences.

The one-off panel will begin at 15:00 in Hall 1 of Felestin Cinema, and all festival goers are invited to join in!

American director, screenwriter and producer, three-times Oscar winner, Oliver Stone is best known for the hit films Platoon, Born on the Fourth of July and Natural Born Killers. Stone devoted much of the early 1980s to writing screenplays, including Conan the Barbarian (1982), Scarface (1983), which was directed by Brian De Palma and starred Al Pacino, and Year of the Dragon (1985). He returned to directing with Salvador (1986), which he also wrote. In the film, a journalist (played by James Woods) documents the atrocities committed during the El Salvador uprisings of 1980?81.

Reza Mirkarimi is an Iranian film writer and director. His 1999 first feature, The Child and The Soldier, won several national and international awards, including the Golden Butterfly at the 1999 Isfahan International Children and Teenagers Film Festival, and the Montgolfiere d’Argent at the Festival of 3 Continents, Nantes, France in 2000, as well the Golden Shoe at the Children and Teenagers Film Festival in Zelin, Croatia in 2001. Hi second feature Under the Moonlight won the Best Feature Award at the 40th Critics’ Week at the 2001 Cannes International Film Festival. The film also won the Best Director’s Award as well as the Special Jury Prize at the Tokyo IFF in 2001. Three of his films have been presented by Iran for the Best Foreign Language Film Oscar: So Close, So Far, A Cube of Sugar, and Today.