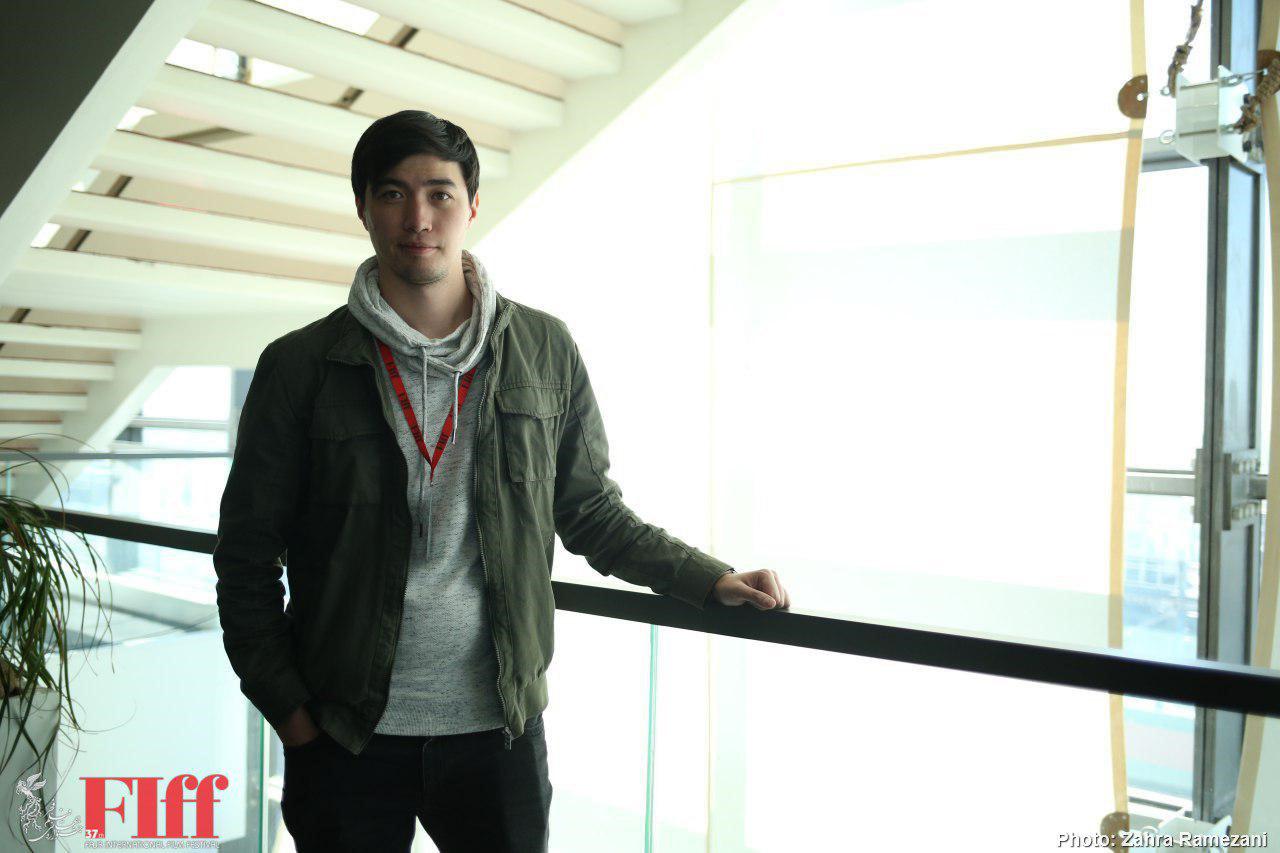 Aldiyar Bairakimov is an aspiring filmmaker. He is one the students of Festival’s Talent Campus from Kazakhstan.

About this year’s workshops, he says besides taking part in classes Kazakhstan also has a booth this year: My friend is in charge of that booth. She is presenting our countries films. I heard this festival’s name and the Talent Campus. So I just decided to join in. You need to take part in a competition. I sent my short movies, and they invited me to come to Iran.

About his experience, Aldiyar says: Here I met professional filmmakers. Especially I want to say thank you for our good teachers. They are really excellent. Everything is good. It’s my first time in Iran. I really like it. I have found new friends from Iran and other countries. Iranians are very hospitable and peaceful. They show us Tehran and told us about Iranian cinema. It’s a great experience.

On whether he took similar filmmaking classes elsewhere, he says: We have similar classes in Kazakhstan. But here is class and world film screening together. I took part in international film festivals. Here is the real thing. We have workshops from morning to evening with different classes. After that we can watch films. I watched two Iranian movies. The acting and directing were really good.