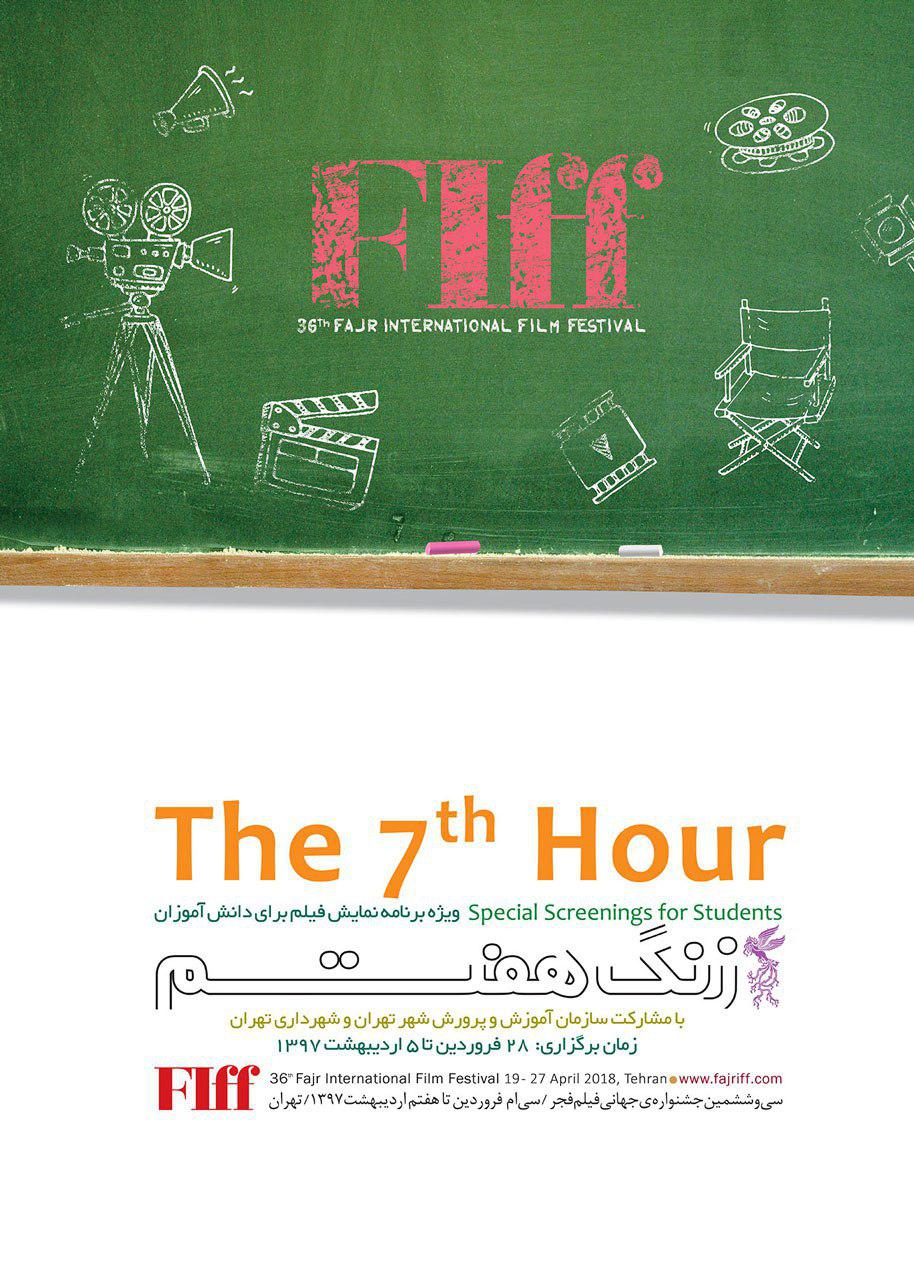 The 2018 Fajr International Film Festival has announced the names of movies playing in The 7th Hour section.

Students and kids aged pre-K through middle school (the target demographic for the Festival), can watch 11 Iranian and foreign movies during the program, which has been added to the main sections of the annual event. The program will run in collaboration with Isfahan International Film Festival for Children & Youth, the Ministry of Education and Tehran Municipality on April 17-25.

The feature-length program provides a range of national and international films. It is dedicated to children and their families, but fans can also attend its special screenings. Each day, the visitors can attend the screenings in several cinemas in the capital.

A captivating adventure, EL CLÁSICO sees Alan and his brother undertake a risky trip all the way from Iraqi Kurdistan to Spain, to meet Cristiano Ronaldo and win over Gona’s father, who is a true Real Madrid fan.

Halkawt Mustafa (b. 1985) was born in Sulaymani, Kurdistan in northern Iraq. He moved to Norway with his family in 2000 and is a Norwegian citizen. He got his education at NISS (Nordic Institute of Stage and Studio), and made his debut as a feature film director with Red Heart in 2011. El clásico (2015) / Red Heart (2011)

A little girl lives in a very grown-up world with her mother, who tries to prepare her for it. Her neighbor, the Aviator, introduces the girl to an extraordinary world where anything is possible, the world of the Little Prince.

Mark Osborne was born in Treton, New Jersey. The two-time Oscar nominee is known for his work in animated features, among them The SpongeBob SquarePants Movie (2004) and Kung Fu Panda (2009).

Samuel  Jouy was born in 1975 in France, Samuel Jouy began his acting career onstage. On TV, he co-starred in well-known multi season series such as “Ainsi soient-ils”. For the cinema, he appeared in French Blood by Diastéme and will star in Burn Out by Yann Gozlan. Jouy wrote the script for his directorial debut Sparring, which stars Mathieu Kassovitz.

Five years old Saroo, gets lost on a train which takes him thousands of miles across India, away from home and family. Saroo must learn to survive alone in Kolkata, before ultimately being adopted by an Australian couple. Twenty-five years later, armed with only a handful of memories, his unwavering determination, and a revolutionary technology known as Google Earth, he sets out to find his lost family and finally return to his first home.

Garth Davis is an Australian television, film and commercial director, best known for directing episodes of the series “Top of the Lake” (2013), for which he received Emmy and BAFTA nominations. In 2008, he won a Gold Lion at the Cannes Lions International Festival of Creativity and a D&AD Pencil for Schweppes ‘Burst’ and in 2010 he received a finalist nomination in Directors Guild of America for best commercials director. He recently directed The Weinstein Company film Lion, in his feature film directorial debut, which premiered to rave reviews at the Toronto International Film Festival. The film was nominated for six Oscars at the 89th Academy Awards, including Best Picture.

In the hospital where she works in Brest, France, a lung specialist discovers a direct link between suspicious deaths and state-approved medicine. She fights single-handedly for the truth to come out. The story of Irène Frachon, who broke the mediator scandal, erin brockovich, French style. Based on the book by Irène Frachon “Mediator 150mg”

Born in 1967, Emmanuelle Bercot is a French actress, film director and screenwriter. Her film Clément was screened in the Un Certain Regard section at the 2001 Cannes Film Festival.Her 2013 film On My Way premiered in competition at the 63rd Berlin International Film Festival. Her 2015 film StandingTall was selected to open the 2015 Cannes Film Festival. At Cannes, Bercot won the award for Best Actress for her role in Mon roi.

The story is about a shy boy who thinks that his father has been martyred in Syria. For his father’s wellbeing, he vows to say hello to several people.

Mohammad Reza Haji Gholami was born in 1981 and graduated in Cinema. Zendeh Dar Khak, Letter on Water, and Zooran are his documentaries and Bus Stop is one of his Short films.

The 6-minute animated piece depicts a nation that has forgotten the alphabet of living. They cannot see, cannot hear, and cannot speak, but the words are waiting for them eagerly.

Kianoush Abedi, started his career in 1999 as an animation director. Over the years he has made 12 TV animation series and 9 Short films which has been selected and awarded in international film festivals around the world.

The crow who love pumpkin decided to build his nest on scarecrow’s head.  Farm owner who is interested in photography noticed that crow is there. he is too angry but after a while they become friend.

Reyhaneh Kavosh born in 1984, graduated in Animation Directing from Iran Broadcasting University. She has a long career in animation, illustrating and graphic. Her work has been selected and awarded in a number of International festivals.

Synopsis:  Whale has fallen in love with the moon. At nights he tries to jump up high to get to it. One night he hears a dreadful sound and suddenly realize moon is in the sea, he is filled with joy but soon finds out the moon shine is fading away.

Reyhaneh Kavosh born in 1984, graduated in Animation Directing from Iran Broadcasting University. She has a long career in animation, illustrating and graphic. Her work has been selected and awarded in a number of International festivals.

After being humiliated by others, “Shadfil” goes through ups and downs in so many adventures to finally win everyone’s heart and become the real elephant king.