The Art of Storytelling: Screenwriting Workshop with Mehran Kashani 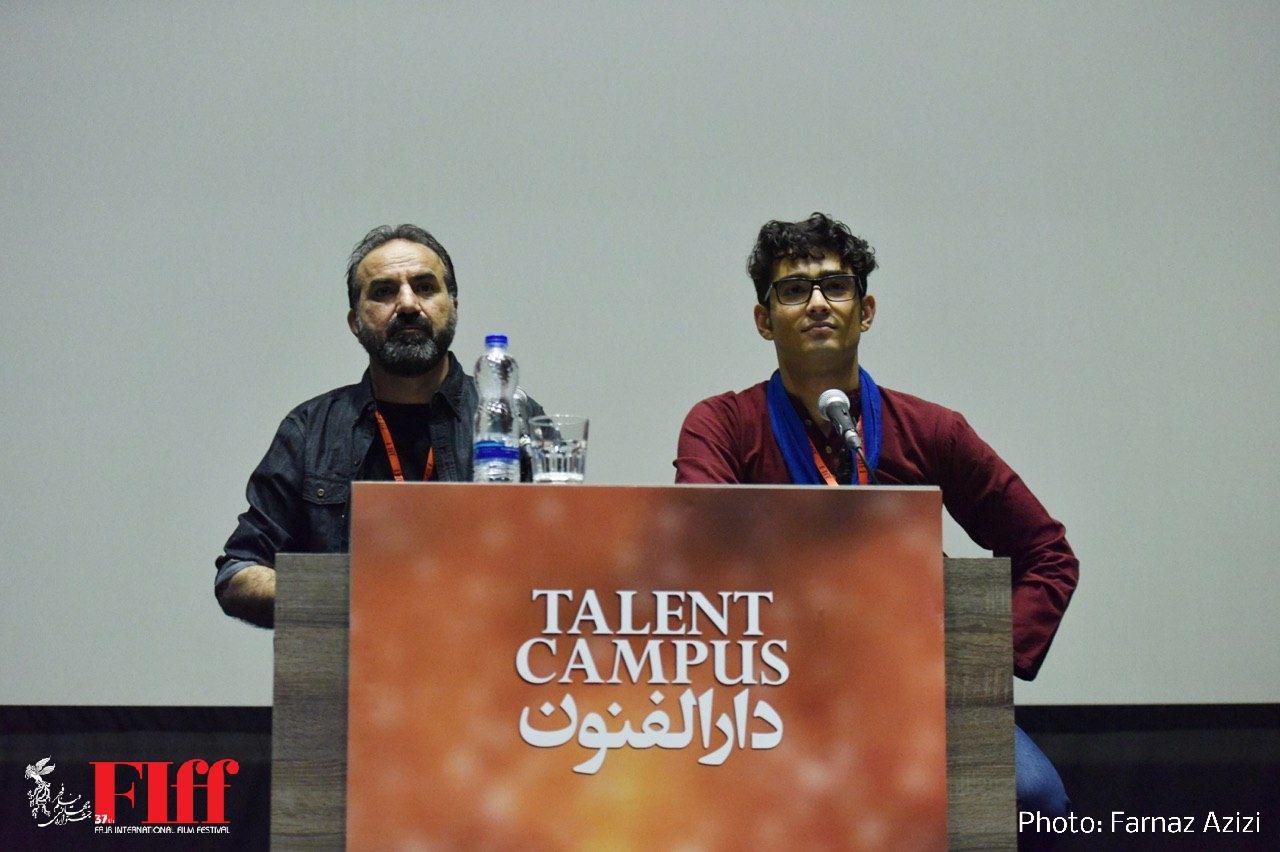 Iranian screenwriter Mehran Kashani had an intensive screenwriting workshop on the first day of the 37th Fajr International Film Festival.

Held at Charsou Cineplex, the Festival’s main venue, national and international students of the workshop called Talent Campus learned in the class how to write a feature length screenplay. The one-day class included an introductory speech by Talent Campus Director Maziar Miri.

The topics discussed at the class included the art of storytelling and sharing human experience through stories. According to Kashani, storytelling is central to human existence. That it’s common to every known culture. That it involves a symbiotic exchange between teller and listener.

He said people need to tell stories because they enjoy the art of immersion, continuity. But if stories themselves are universal, the way we tell them changes with the technology at hand. Every new medium has given rise to a new form of narrative.

He outlined the main structures of screenplay: The three-act structure in cinema is the most basic and pure structure that most films follow. There is the setup, the confrontation, and the resolution.

According to Kashani, even the core story structure of screenplays that utilize other structures can usually be broken down into three acts, but just portrayed in different ways: When you choose to use the basic three-act structure for your screenplay, you’re offering perhaps the most accessible story design for audiences.

He further explained: For instance, in Asghar Farhadi’s The Salesman, there is this family, there is the setup of the character and their world, followed by a conflict that they are forced to face or choose to take on (assault against wife), and then they are led to the resolution. Here, each scene matters. Each scene progresses directly to the next, carrying the momentum of the story forward in natural progression. However, your story also needs to have interesting characters that change.

This year, 60 students from Iran and abroad are attending workshops in filmmaking, screenwriting, directing, production and so on.

Presided over by award-winning writer and director Seyyed Reza Mirkarimi, the 37th Fajr International Film Festival is currently underway in Tehran until April 26. For further information, please visit our website at www.fajriff.com.