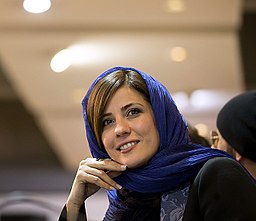 Being a woman is soft and beautiful …

An adventure that requires endless courage and tireless resistance.

Motherhood, Motherhood is not a profession

Not a social class, it is not a duty …

The fate you are afraid of

From the imagination of pregnancy

From having to tolerate pain …

And this choice a conscious choice …

And a mother’s right …

A Sort of Family

A glorious battle of a woman for her motherly right …

A woman who for the development of her world

For becoming a mother and motherhood

It’s inevitable for her instincts to make her the hero in our story.

She is the only one in our story who argues, lies, cries, wins, loses, smiles and … and embodies the emotions of motherhood

She does not get tired, she doest not give up…

When the decisive moment arrives

she makes the right choice ….

Maybe the most important chapter

Perhaps the most difficult chapter of a mother’s story …

She makes a courages choice …

of her rights as a woman

of the conditions forced upon her

So that this weird and oft repeated tale

The story of motherhood

We are surprised watching it

But our hearts calms and sure