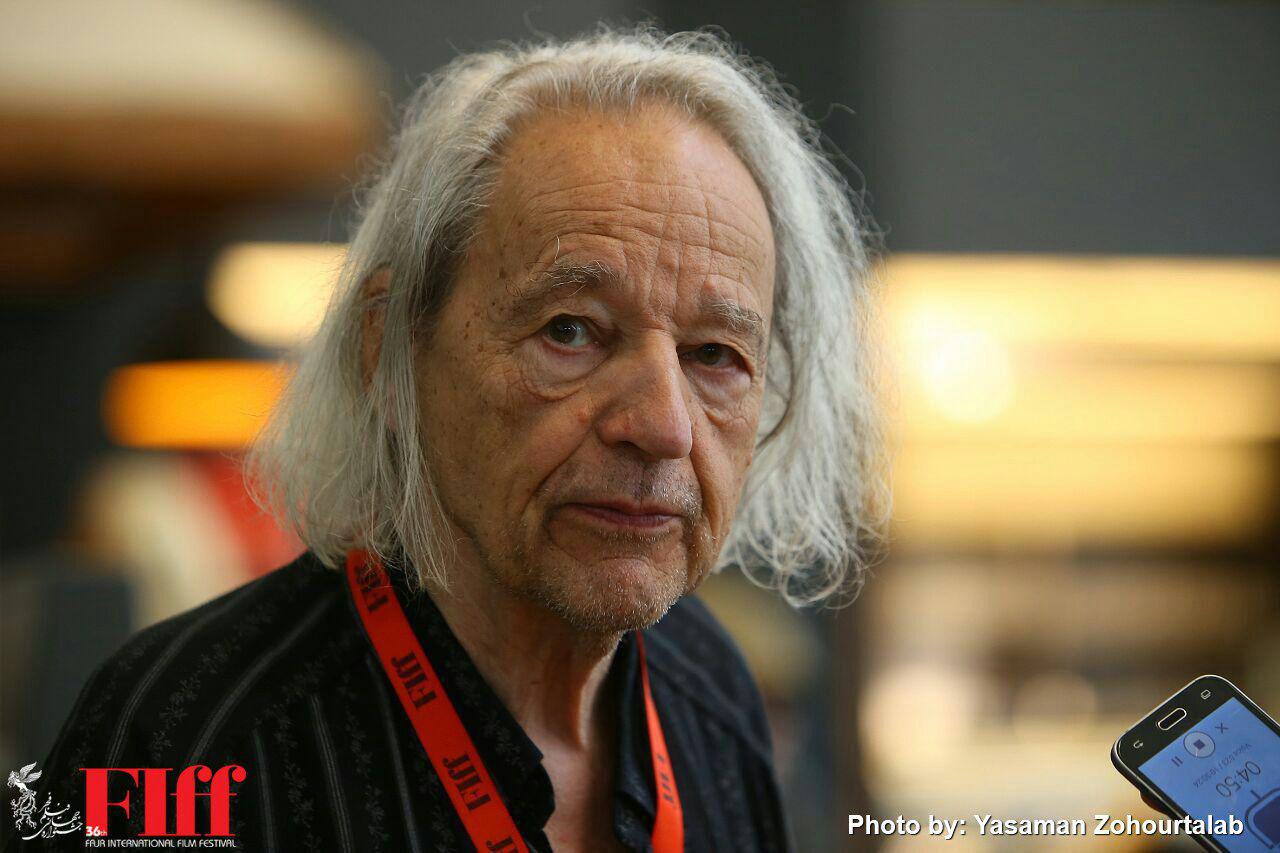 Thomas Mauch is a German cinematographer and film producer. With a career that spans over fifty years in both film and television. Mauch is well known for his numerous collaborations with Edgar Reitz, Alexander Kluge, Werner Schroeter, and Werner Herzog.

In this interview, he talks about the FIFF, some important moments of Aguirre, the Wrath of God, Fitzcarraldo, and more:

You are known in the industry? Is this your first here?

Yes, this is my first attendance in Tehran and I like it very much. I like most people. The city has, like every big city, some nice and very nice parts and of course, some not nice parts. They show us a lot of places like Bazar, and I’m very happy about that.

What about the festival?

I like it. The festival has a great atmosphere. We know that Berlin International Film Festival is terribly organized but in Berlin it’s a little bit like a machine that’s working exactly in time. But here is much better because it’s a little bit lazier and I like the real situation here.

You had wonderful films like Aguirre, the Wrath of God (1972) and Fitzcarraldo (1982). Tell us about your work on these films or any specific scene like the amazing moving of the ship over the mountain.

It was the most adventurous and important moment of the film because even three weeks before shooting the scene, we didn’t know it was going to work or not. And of course, it was absolutely very funny game. I liked the whole situation.

How could you manage the last scene of Aguirre, the Wrath of God? How much of that was a collaboration between you and Werner Herzog?

No, it was my collaboration with the scene. That is a wonderful scene with a lot of monkeys, but my problem was that I had a handheld camera in my hands but forced to have an eye open because it was all water and all moving and a little bit dangerous. I had to watch the monkeys and Klaus Kinski (Actor of the main character), and Kinski had to watch me and where I am and so on. It was a really hard but finally wonderful scene.

How much do you know about Iranian cinematographers?

Personally, I don’t know any of them but I’ve seen some of their works in Iranian films that I like very much. I’ve seen wonderful films of Abbas Kiarostami and I was really impressed. I can’t look at the same time at the work of a cinematographer and a director, and of course, I don’t know about their collaborating or not collaborating! (Laughs)

And your advice for young cinematographers?

I can only tell them be inspired by the moment, and don’t have a storyboard because it’s a disaster. Storyboards would be prepared weeks before the real shooting happens. Storyboards will kill your real ideas.