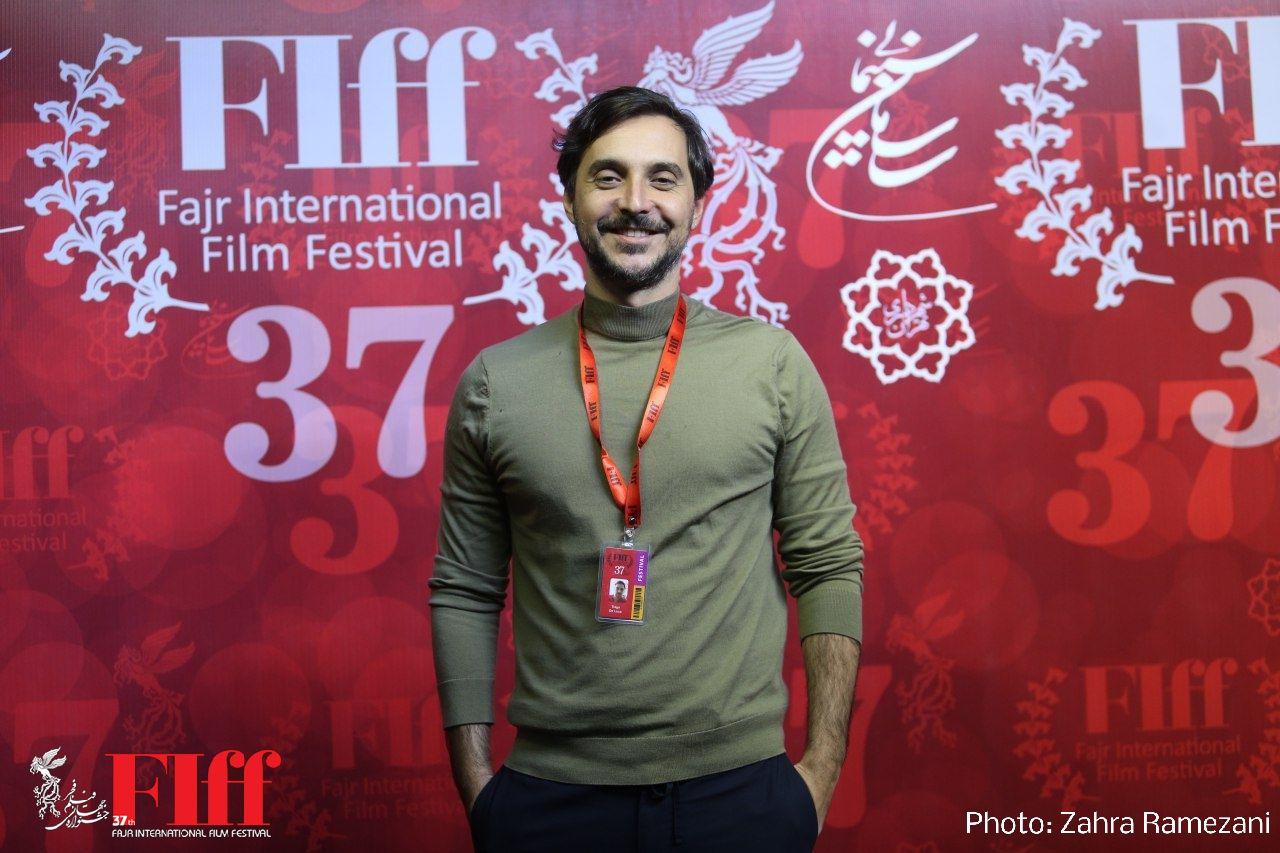 Tiago De Luca is an associate professor in film and television studies. He taught and worked at the University of Liverpool for four years. His main research interests are: cinematic realism, time and duration in cinema (slow cinema), and contemporary world cinema – with an emphasis on Brazilian and Latin American cinemas. He was a special guest of the 37th Fajr international Film Festival.

Have you ever been to Fajr before?

It’s the first time the festival invited me to come to Iran. I haven’t been in Iran before. I wrote two books so Fajr invited me to give some lectures. It is a pleasure for me. Here I watched films and visited some places in Tehran such as bazar, Golestan Palace and museums with friends.

I especially like the works of Kiarostami. He is the filmmaker that I know most from Iran. I have seen many Iranian films but I wouldn’t say it’s my specialty. It’s the cinema that I generally like and the very important cinema in the world. They are many great directors that come from Iran. I love how self-reflective it is. Many films that I have seen especially Kiarostami’s from the early 90s, there is always a merging between documentaries and fictions.

What about slow cinema?

I don’t think all Iranian cinema is slow. But when you look at many films from Iran, they can be considered slow cinema or in relation with slow cinema. Abbas Kiarostami is a central figure when you think about slow cinema.

Can it be successful at the box office?

It’s a good and tricky question. When I’m teaching my students slow cinema, many of them don’t like it and as you said many people find it very boring. I think the secret is the slow cinema filmmakers proposing different cinematic experiences and interactions. And what happens most of the times is that people go to watch a film while they have certain expectation of what the film should do. They have certain pre-conceptions so they want to follow the story and they want to have characters that they will identify with, and they want to know what the characters are thinking. All this things is common in mainstream cinema. These are all features that have been predominant throughout the history of cinema. So many slow films will have narratives and characters but at the same time they are proposing a different mode.