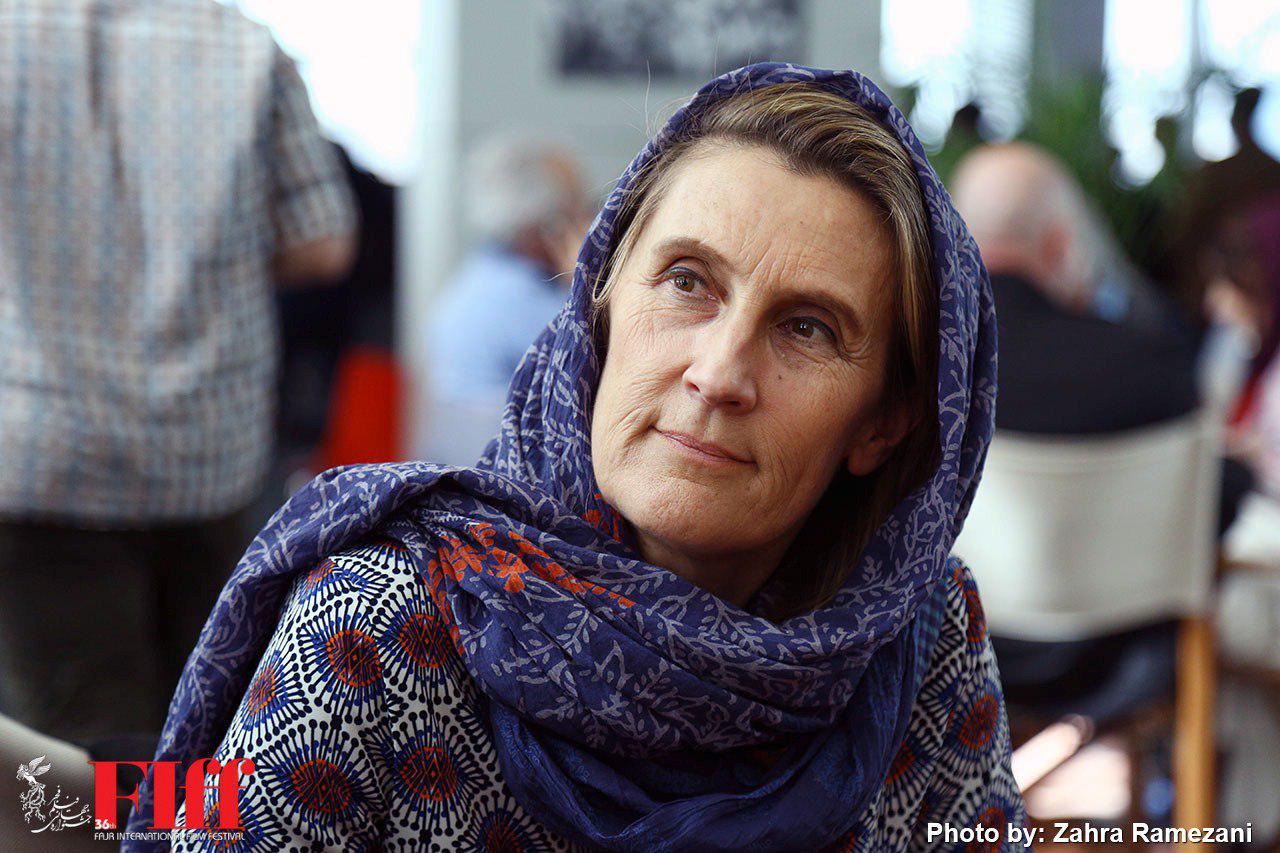 Valérie de Marnhac (Paris, France1966) is one of the jury members of 2018 FIFF. She graduated from ESSEC (Business School) and holds a Master’s degree in Management of Cultural Organizations from Paris Dauphine University. After 20 years in the press at commercial and then publishing positions, she now contributes to film reviews for the SIGNIS.net website and hosts film-debates for several associations. She was jury member for SIGNIS in several international film festivals such as Cannes and Fribourg.

The Interfaith Competition jury member of FIFF in an exclusive interview with the Press Office talked about her experiences in international festivals and Iranian cinema’s reputation in France.

How do you like it here? It’s my first time in Iran. Tehran is a very nice city with a very nice mountainous view. I am from a mountainous region in France so I like seeing mountains at the end of streets. People here are also very friendly. I like Iranian cinema so I had some idea about your country through Iranian films.I already have a good vibe about Iran.

You are a graduate of business school. Why did you choose cinema?

I did financial journalism and after studying my master’s degree in cultural organization moved to the cultural domain. Then I became interested in cinema, particularly cinema with a spiritual point of view.

You have worked in different festivals, how do you compare them with FIFF?

It’s a big festival, much like Cannes than other small events. It’s international and I see a lot of different countries participating. It’s very interesting. It’s that part of the world we know so little.

How come some festivals like Cannes succeed and others don’t?

Cannes success is linked to its focus and policy on independent movies plus major film companies and A-listers.  They all live together for 10 days during the annual film event. That’s what makes Cannes a special cinematic event. I think it’s the same for FIFF. It’s important that everybody is allowed to participate in Fajr. There are stars, directors, first films, everything cones to one place. Besides, Iranian films speak with the universal language.

Who is your favourite?