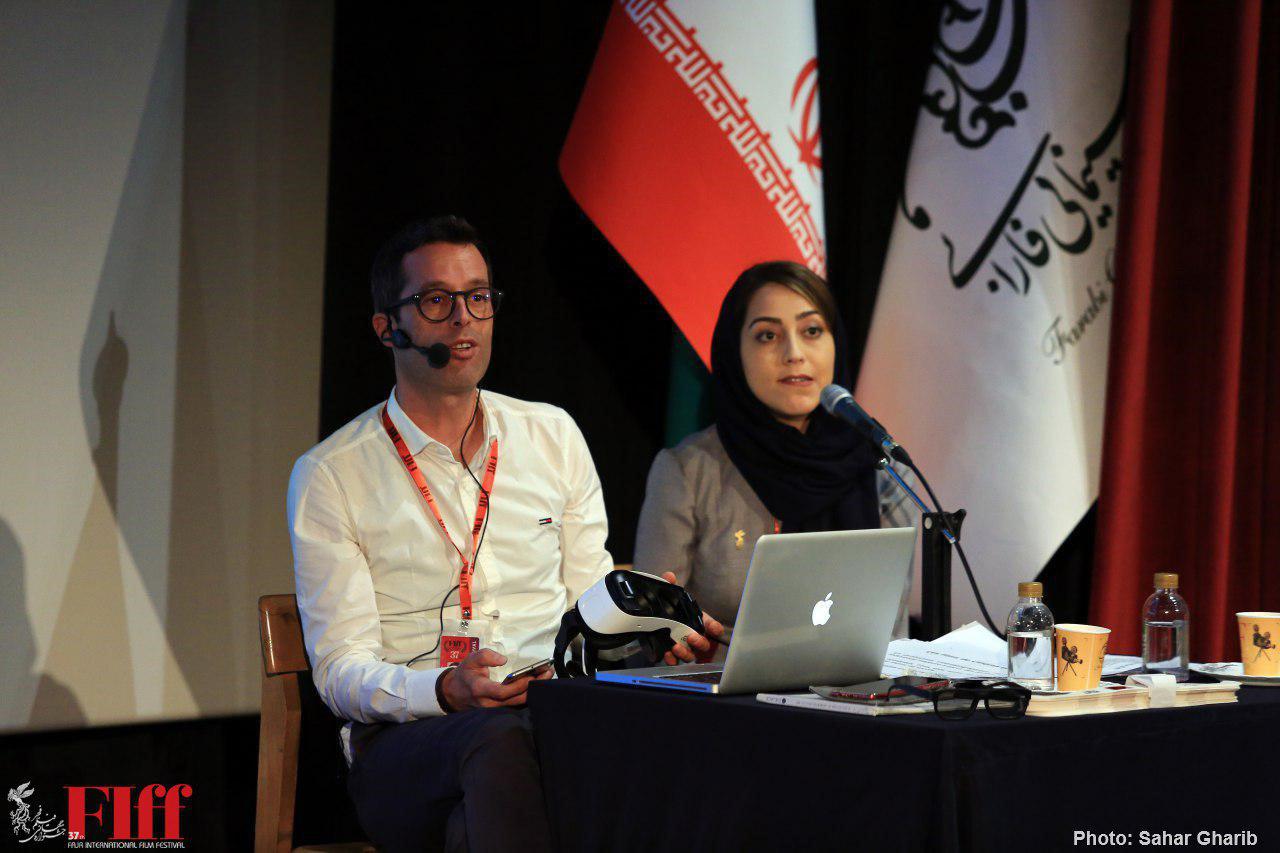 On Tuesday, April 23, the Farabi Cinema Foundation played host to a workshop dubbed New Ways of Narrating in Virtual Reality by Dimitri Alips.

Alips is the international sales manager of the Courant 3D Film Festival. He promotes and develops new images for cinema, newcomers and young writers.

Held on the sidelines of the 37th Fajr International Film Festival in Tehran, he discussed the definition of virtual reality or near-reality, referring to a specific type of reality emulation.

In this respect, Alips said I had a similar workshop last year explaining virtual reality and how it presents our senses with a computer-generated virtual environment that we can explore in some fashion. Audiences are interested in virtual reality because they are presented with a version of reality that isn’t really there, but from their perspective it is perceived as real. Something we would refer to as a virtual reality.

He added that social media networks are doing the same thing, offering virtual reality services. We all want to be a part of the virtual reality. You have all seen the protests held by the Yellow Vests in France. They upload on social networks everything that happens on the ground there and then. Many people in Europe believe his is how they should be on the scene, in this near-reality.