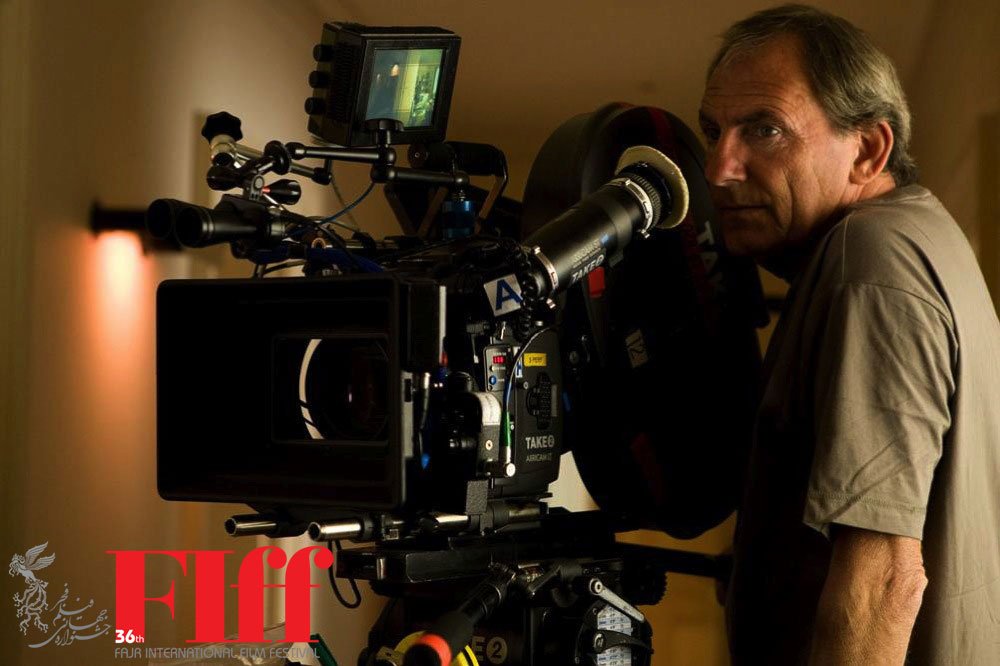 British cinematographer Larry Smith, who is known for his work with Stanley Kubrick, Tom Hooper, John Michael, and Nicolas Winding Refn, will teach cinematography at this year’s workshops of Fajr International Film Festival.

This includes, but is not limited to: what camera/film the project is shot on, techniques used, lights used, difficulties and limitations experienced during production, and so on.

Born in London, the films on his filmography include both big blockbusters and smaller indie films, but the commonality is that all of these movies were shot by Larry Smith. This list can help answer the questions, “Who is Larry Smith?” and “What movies did Larry Smith shoot?”

He is a member of the British Society of Cinematographers (BSC). He started his career in cinema as chief electrician in Barry Lyndon (1975). Then in The Shining (1980) was a gaffer. Eventually he shot Eyes Wide Shut (1999) with Stanley Kubrick but his first film as a DP is The Piano Player (2002).

In his workshops, the acclaimed director of photography will also talk about his extraordinary work, which includes Eyes Wide Shut and Only God Forgives.