فارسی | English
41st Fajr International Film Festival > General > The Screening of “The Land of Lion and Sun” in the National Museum of Iran: An Unseen History of Iran

The Screening of “The Land of Lion and Sun” in the National Museum of Iran: An Unseen History of Iran 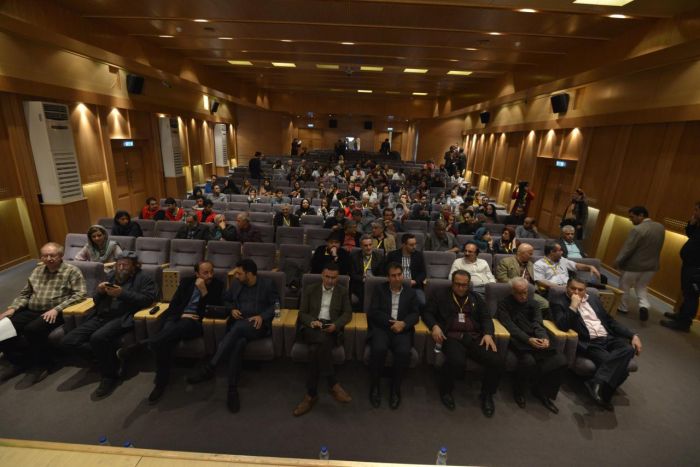 The documentary “The Land of Lion and Sun” was screened on Thursday in the National Museum of Iran after half of a century.

According to the Public Relations Office, Seifollah Samadian, the Manager of Special Screenings and Events, who was present in the screening of “Land of Sun”, said: “I cannot remember any other event recently which had seen a crowd of managers and artists alike in the same place like this. Documentary filmmakers are here, not to mention people from the Directors’ Organization and also the Documentary Producers Organization. I am really happy that we are seeing such collaboration between Iran’s cinema and Ancient Iran Museum”.

He added: “today we are showing the history of Iran which has not been seen before, and is narrating events from the times of tsars in Russia”.

This is the first time that “Land of Sun” is being screened fully in Iran and there are some segments from the time of Reza Shah, before WWI, which have not been shown before at all.

Sergei Kapterev, a scholar from Russia who is an expert in documentaries and also a consultant to documentary filmmakers, was also present in the event and talked about the film. He stated that: “the film “Land of Sun” was also named “Persia” in the past. The movie’s production began in 1933 and it was ready to be released in 1935. However, since the two companies which were producing it were from Russia and Germany, they had some difficulties at the time due to Hitler’s rise to power and the problems of WWII. The film was made at a time were the relations between the Soviet Union and Iran were not good, and it was actually made to improve the relations between the two countries”.

He added: “one of the directors was a prominent director who made four movies about the Middle East. He had also made a film about Turkey. He was one of the first to make films about Afghanistan and Pakistan as well. Yet his film about Iran is more famous than the rest”.