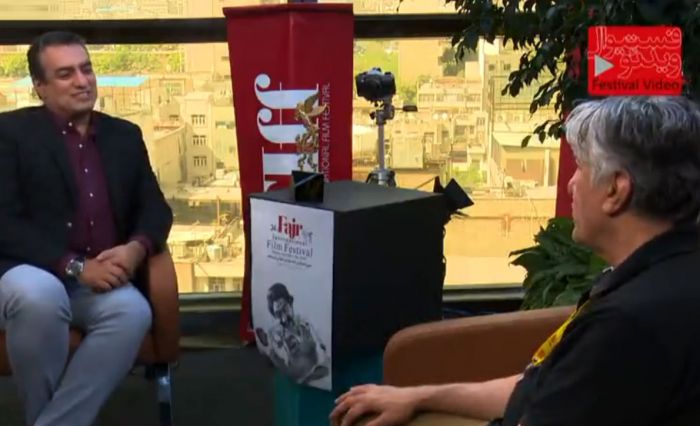 On the first two days 2500 people have watched the Festival Video online. According to the public relations office of the 34th FIFF, Mohammad Reza Dezfouli, who is the producer of the Festival Video of this edition of the FIFF, in an interview with the public relations office said that all that we are doing here is the last part of a solid chain of teamwork. There are two teams of cameramen who are actively filming the whole events of the festival; covering all the screenings, workshops, ceremonies and conferences at the Festival Palace. We interview the international guests, the film makers and the leading figures of cinema at our studio which is located in the Festival Palace. These interviews plus the programs captured by the cameras form the whole program which is broadcast online each day for 6 hours at the Festival Palace.

Dezfouli has also added that this is the first time that we are experiencing such a fantastic live interaction between the audiences and the FIFF.

He believes that although the TV networks usually cover a live program for some minutes, but through the mentioned current we are able to make a mutual connection between the audiences and the FIFF. We should also keep in mind that the modern audiences are in contact with the internet more than ever, and through this current we have made it more interesting for them to follow the events which are going on in the Festival Palace online at 3 p.m. Till 9 p.m.

Regarding the selecting of Sam Nouri as the presenter of the program, Dezfouli stated that Mr. Nouri speaks in five different languages quite fluently, and presents this program flawlessly and accurately.

In order to watch the festival Video online you can visit the festival website. It is also available for the audiences on Parsfilm.ir.

The 34th edition of Fajr International Film Festival is being held from April 20th to April 25th in Charsou Cineplex, under the supervision of the well-known Iranian filmmaker, Mr. Reza Mirkarimi, who is also the Managing Director of Khaneh Cinema.