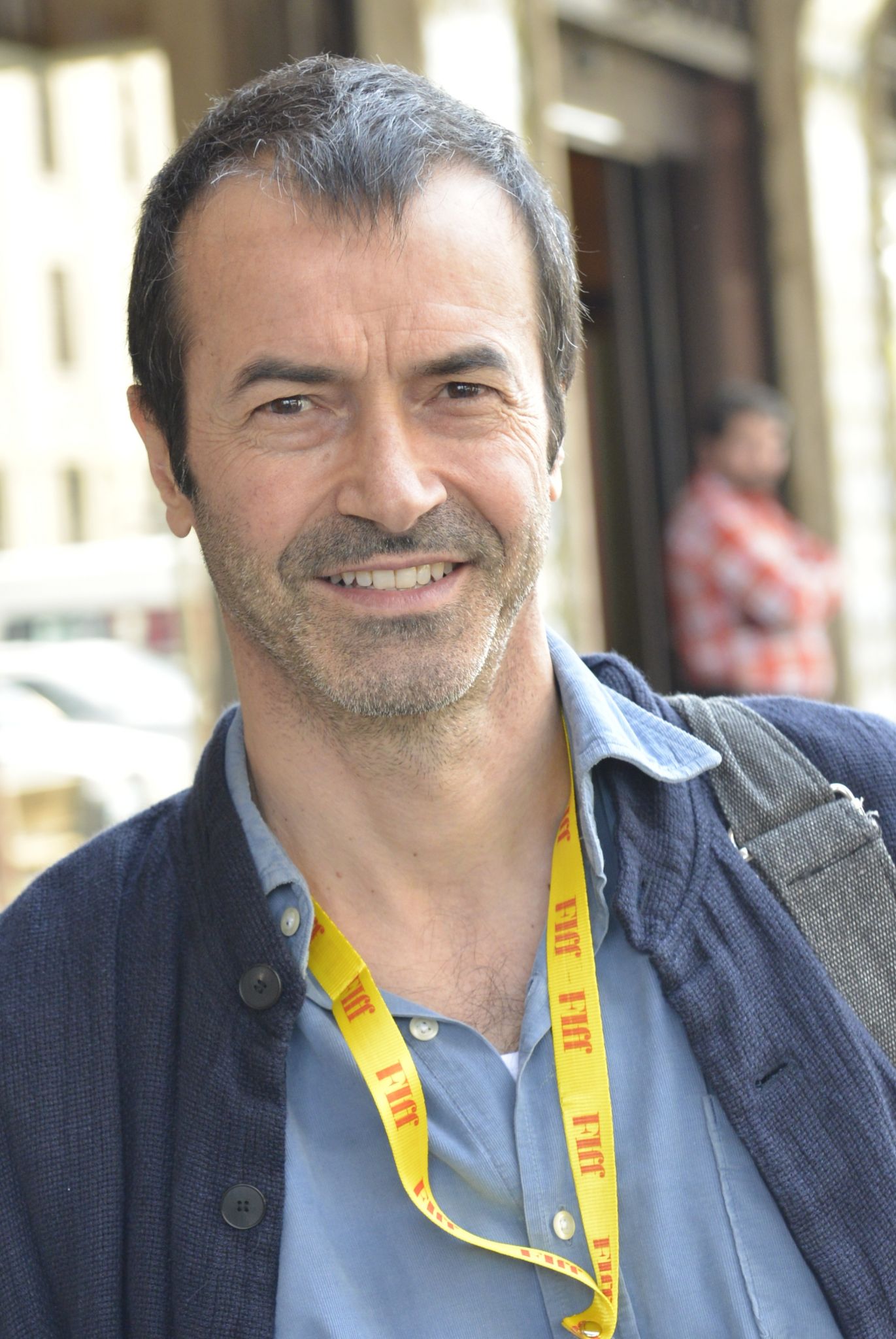 Andrea Occhipinti, a special guest of the 19th International Film Market. Occhipinti is the president if the film company Lucky Red, based in Rome, Italy. Lucky red has been distributing and producing some of the finest feature films by directors from all over the world such as Paolo Sorentino, Joel & Ethan Coen, Wes Anderson, Steven Soderbergh, Alexander Payne, Tim Burton, Stephan Frears, Abdellatif Kechiche, Sofia Coppola, Paul Thomas Anderson, Lars Von trier, Alejandro Amenabar, Wong Kar Wai, Michael Haneke, Robert Altman just to name a few. They have distributed the last Abbas Kiarostami’s feature film Like Someone in Love and they are also planning to distribute the upcoming Asghar Farhadi’s film The Salesman.

Can you please tell us, how you feel about being here on the 34th Fajr International Film Festival?

Actually, I am so excited to be here and I am looking forward to the festival and the Film Market. There have been many successful talks between me and the Iranian part and I hope that we can make that operational.

What did you have in mind before coming out here, what are you looking forward to achieve by the end of this festival?

I am a very curious person, first of all I was really interested to come to Iran, because it is a great country and it has lots of great directors and you might find that interesting, that I am going to distribute the next Farhadi’s film in Italy. We also have distributed many Iranian films in the past. I believe that there is a big tradition of cinema in this country which fascinates me. I also feel like it is an interesting moment for this country, because it is finally opening up to the world and it can interconnect with the world again and I think that is a positive aspect. So, as you know I have a sales company, so I am looking forward to see who are the new talents and how this film market is moving, because it has an important role in the region.

You said earlier that you are going to distribute the next Farhadi film, have you ever distribute any other Iranian movies through your company?

Like someone in Love by Abbas Kiarostami A Separation by Farhadi, Iron island by Mohammad Rasoulof and A Time for drunken Horses by Bahman Ghobadi have been the three Iranian movies which are somehow related to Iran.

Do you have any specific target when you want to buy a movie?

We have a very open range in terms of movie distribution. Our company will be celebrating its 30th anniversary next year. First we started as an Art house to distribute festival movies, but lately we have done verity of styles, commercial, animations and of course more festival films. What we think of, when we are choosing a movie is that, first we have to find an audience for it somewhere. Sometimes a film is really powerful that you feel obliged to do it, and sometimes a movie has achieved many awards. But another important thing is finding new talent which a fundamental point in this racket.

We have heard that you are Paolo Sorentino’s producer as well.

We produced Il Divo, which almost everybody rejected it in Italy, and also This Must Be The Place which was his first English language movie, with Sean Penn playing the main role.

Who is your favourite Iranian director?

Asghar Farhadi. I think that his movies are entertaining in terms of storytelling, I am intrigued right away by the story he is telling me. Which is a really important matter. We can take “A Separation” as an instance, in a way it is like a very subtle analysis of the middle class society of Iran and it shows the paradox of some of the rules and the absurdity that you see in Kafkaesque story such as The Trial, you know when you get in but you don’t know when you get out, you don’t know what is happening. It is like you are stuck in the bureaucracy system. So it is interesting because the movie reflects our society. And the complexity that is created by the society effects our lives. So these are really intriguing aspects which I found in the film, plus the relationships which were very real, very intense and subtle, and the way he directs his actors, so it is like you dive into a new world and at the same time the movie is talking to you. I like the way his stories are structured, because they are not simple stories, they are complicated. There are always lots of characters, characters which are well-built. They are rounded characters; they are not one face characters.

Speaking of Farhadi, we know that his last movie was a collaboration between Iran and France. How do you see the possibilities of producing an Iranian film?

I don’t think that it is something you want to generalized, like “I want to produce a film of an Iranian director”. It is more like if you see a talent or new film, then you can think about the idea.