Christopher Doyle Could Not Follow My Instruction Well; An Interview with Andrew Lau, Hong Kong Film Director, Cinematographer and Producer 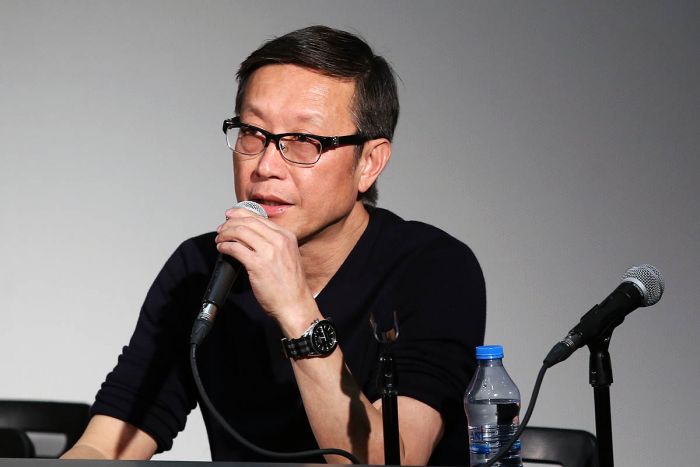 Andrew Lau Wai-Keung (born 4 April 1960) is a Hong Kong film director, cinematographer and producer. Lau began his career in the 1980s and 1990s, serving as a cinematographer to filmmakers such as Ringo Lam, Wong Jing and Wong Kar-wai. In the 1990s, Lau decided to have more creative freedom as a cinematographer by becoming a film director and producer. Apart from making films in his native Hong Kong, Lau has also made films in China, Korea and the United States. A highly prolific filmmaker, Lau has made films in a variety of genres, and is most notable in the West for his action and crime films which include the Young and Dangerous film series, the Infernal Affairs trilogy (the latter co-directed together with Alan Mak), and Revenge of the Green Dragons (executive produced by Martin Scorsese).

What does motive you to come to Iran?

It is very simple. In the past, In Hong Kong I met some Iranian directors that came there for sound mixing and we talked about movies. Then, suddenly before this festival they called me and told me there is this festival and if I like to participate. I said yes because Iran is a very interesting country.

Are you familiar with Iran cinema?

I have seen some Iranian movies very long ago around 1996 or 1995 but I cannot recall their names. I did like them but unfortunately have not much in my memory about them.

How do you see the atmosphere of the 34th Fajr International Film Festival?

The ambience of the festival is pretty good and Tehran is pretty good. I got to see the halls, screens and sound. The quality of them all is really perfect. I am happy that I am here.

How did you end up being a cinematographer?

When I was 10 years old and I was in primary school I was way interested in taking photos but of course not with professional cameras. I have an amateur small camera. But from the very beginning I always wanted to make movies and be a director. Fortunately, when I was in high school I could join a film committee and worked as assistant cinematographer then became a cinematographer and now I am a famous director.

Kar Wai Wong is popular director among Iranian critics and you have been cinematographer of him in As Tears Go by and Chunking Express. Please let us know about your cooperation with Wong.

I met Kar Wai-Wong in 1985. It was the time I finished filming the City in the Fire and a day Kar Wai called me to be his cinematographer in his first movie, As Tears Go by. I said yes to him and after that film we have become good friends. In terms of Chunking Express, I started filming it but during filming the movie I had to direct another movie so I left the work and designed everything for Christopher Doyle to continue but he could not follow my instructions perfectly but it is ok.

Working in Hollywood is way different. In Hong Kong, director is the king and he can change the script whenever he wants but in Hollywood they have systems and there are many producers. Mostly in Hollywood, a producer has a script and there is a director and then you should find an investor. It is very different. You have to work with many departments and it was very complicated for me at first.

So you are not interested in working out of Hong Kong?

No, I did not mean that. The country does not matter for me and the only thing that matters to me is script. Even if I like a script I would come to Iran too to make a film.

What do you think about red lines in cinema?

Everywhere in the world there are restrictions, there are red lines in China too. But, a film maker should be smart and make the best out of the red lines.

Which directors had influence on your cinema?

There were many directors that my work is under influence of them and all of them are Chinese, Specially Lee Chung Hae. You do not know them as they were big directors long time ago in Hong Kong.

How do you evaluate Hong Kong cinema in comparison with neighborhood countries?

You have made short films and also TV commercials in past. Is there any resemblance between making a feature film and short movies or TV commercials?

Making TV commercial was very easy and it was all about having one idea. Sometimes, I used to do that to earn money and it was really easy for me, just thirty seconds and done. But at the moment, it has changed a lot. Sometime, TV commercials are about thirty minutes and it is quite interesting. Making short movies could be a break from long movies after a big project and I think it is good for relaxing. Making short movies is good for young filmmakers but making a long film is completely different from all the others.

Do you have any recommendation for young film makers?

I would say that just watch many feature films.