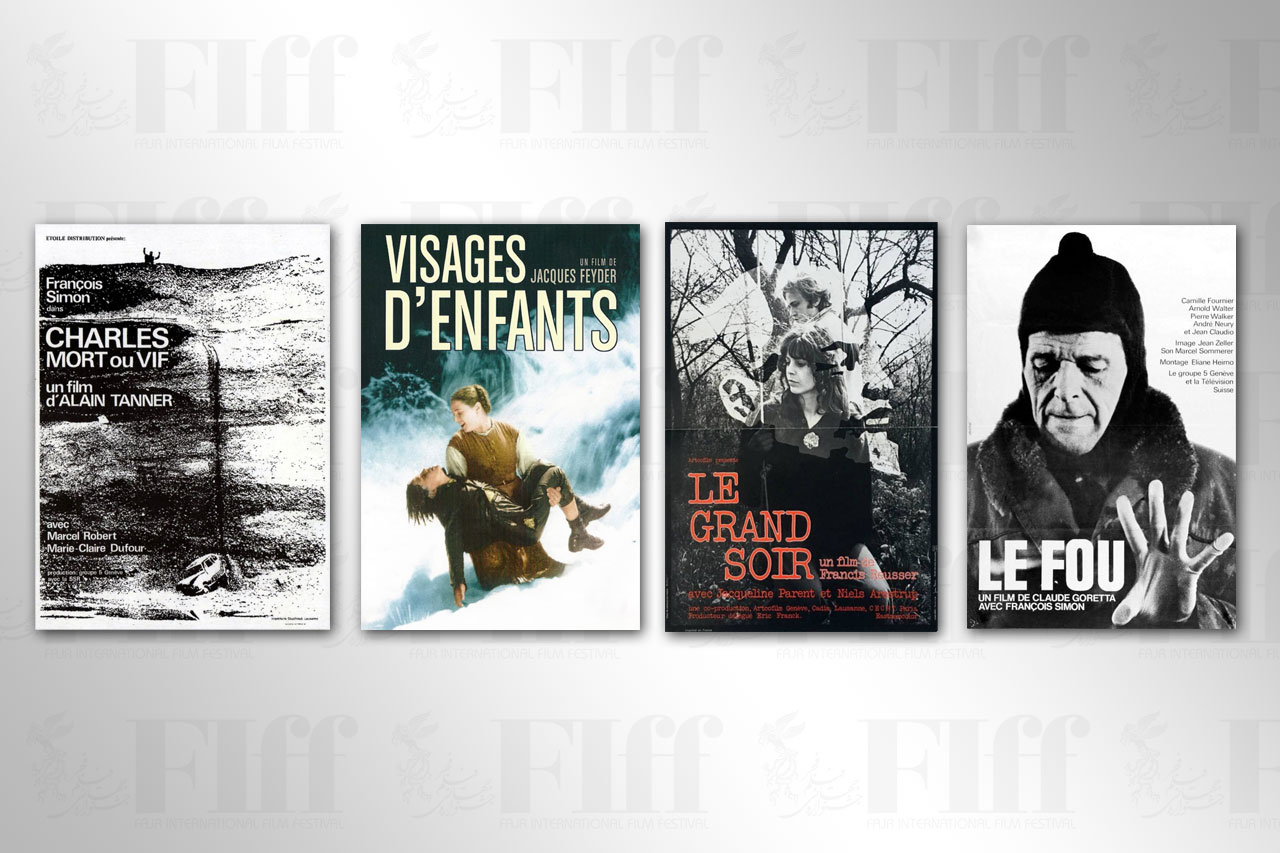 Six restored classic movies from Switzerland are screening in the Restored Classics category of the 38th Fajr International Film Festival.

According to the festival organizers, the Swiss screening program has been arranged in collaboration with the Swiss Film Archive (French: Cinémathèque Suisse, German: Schweizer Filmarchiv), a state-approved non-commercial foundation based in Lausanne, whose aims are to collect, protect, study and present film archives.

The movies of the 1920 to 1970 were directed by renowned Swiss directors and are supported by the Cinémathèque Suisse.  The Restored Classics program is also screening eight classic movies from Iran and France.

Dissatisfied with his life, a fifty-year-old director of a watch parts factory in Geneva, Charles Dé, gives up everything to go to the countryside where he settles down with new friends. His son recruits a private detective to track him down.

George takes care of his wife and leaves a full-time job opportunity but is forced into retirement for poor health. When an investment firm wipes out his life savings, George takes up a life of crime. He is soon driven to the brink of insanity over the unfortunate series of events that occur.

In Lausanne, Léon is involved in an accident with a small Leninist group and gets to know Léa, a dedicated activist and the group leader’s mistress. The police keep a close eye on them and trouble is bound to follow.

Lucien asks a friend, Léon, to take him to the woman he desires, Alice, a basket of provisions and to thank him for it offers him its cap. Léon seduces Alice, a small brunette, and admits later to his friend his love.

A film by Walter Mittelholzer, shot during a flight from Zurich to Tehran he made on business in 1924 for the Junkers factories, a German manufacturer of planes and motors.

The village of Saint-Luc, in Valais. Pierre Amsler, a trustee and owner of the local sawmill, has just lost his wife. While his 10-year-old son Jean does not accept his mother’s disappearance, Amsler thinks of remarrying a young widow, herself the mother of a little girl.