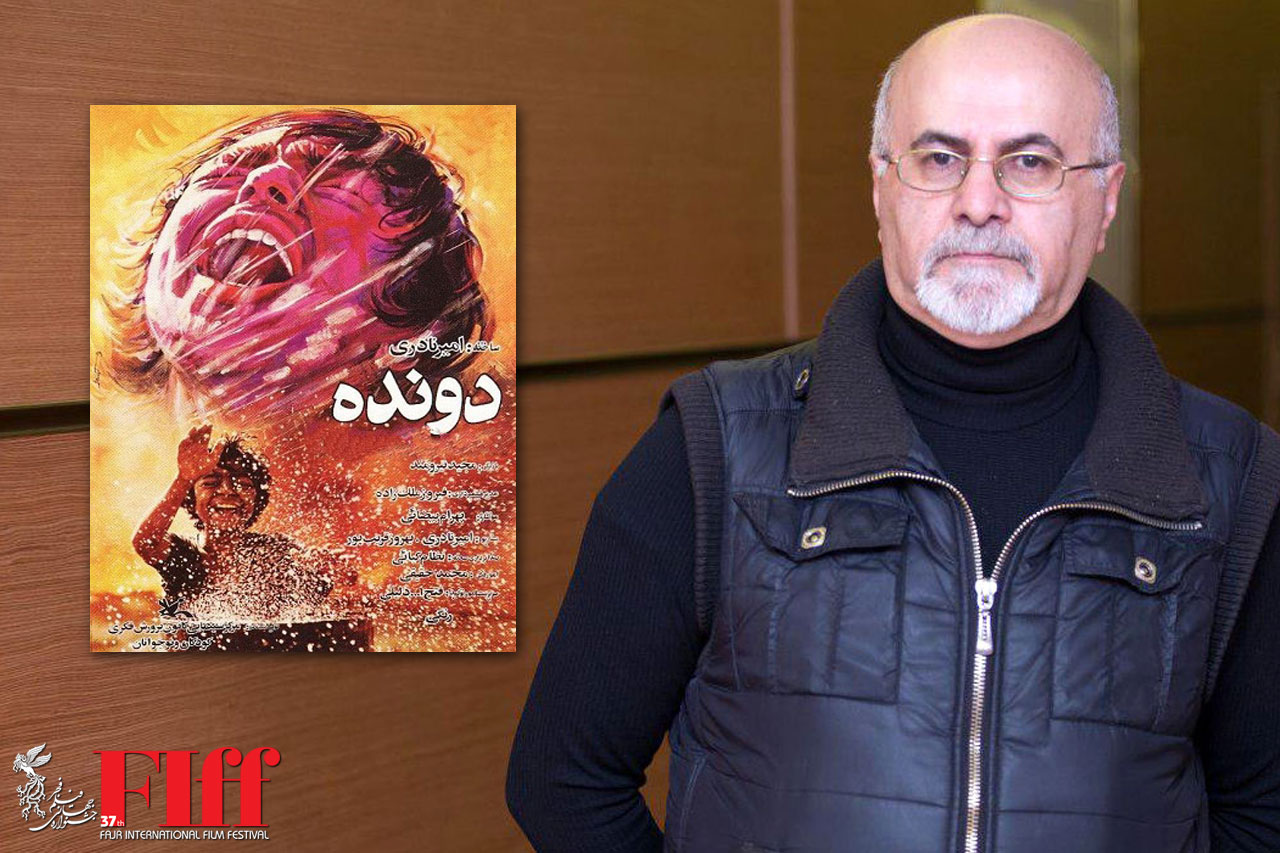 The 37th edition of Fajr International Film Festival has boarded cinema premieres of 5 restored Iranian and several other foreign films in the Classics Preserved section.

One of the classics is The Runner, a 1985 film by Amir Naderi, one of the major directors of Iranian cinema before and after the Iranian Revolution.

Behrouz Gharibpour is behind the movie’s noble screenplay. The theatre director and pioneer of traditional Persian puppet theatre is excited to hear that the movie will premiere this year: The premiere screening of this new wave Iranian cinema movie is important for young filmmakers – one that does engage with the audiences as much. They can see a different cinema though a different lens. The can go back, learn the craft, and then move forward.

Gharibpour says Naderi’s films both before and after the revolution share a preoccupation with displacement, fragmented spaces and solitude that audiences can identify themselves with: If you delete Amir Naderi from Iranian cinema, you will delete an important period of Iranian cinema. In this, Naderi’s work is exemplary of wider themes and motifs in Iranian cinema.

Gharibpour goes on to state that audiences will love the movie’s theme because it’s technically superb and it’s all about going for what you want and getting it: This is an eternal struggle for everyone. The movie will encourage its viewers to go for what they want.

The A-list theater director further offers a passionate argument, articulated in his experiences: Unlike stage plays, you can always go back and see a classic movie. Each stage play is born and then dies the same night. But it’s a different story when you talk about old movies. Technology can now help us see movies produced 100 years ago.

Gharibpour discusses his thoughts on the importance of classical cinema as well, and how it applies to modern society and why theaters should be performing more of the classical movies: There are many reasons as to why directors such as Georges Méliès, Sergei Eisenstein and D. W. Griffith made a name for themselves in the classical period. They invented many techniques in filmmaking that are still being used today. That’s why their movies remain influential.

Last year the Classics Preserved section was huge and popular with audiences, which encouraged the organizers to repeat it again this year with the same high-quality, thought-provoking, and diverse cinema culture.