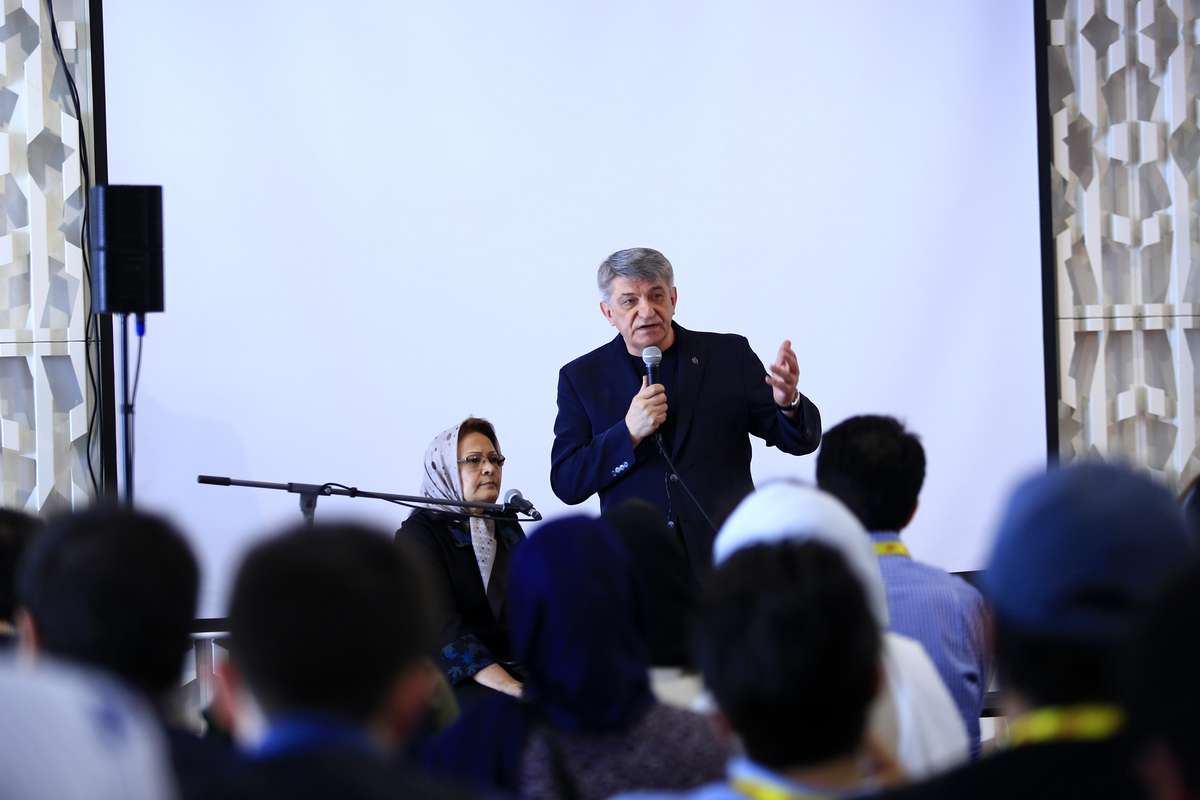 Alexander Sokurov believes you can identify Iranian films from their tones.

According to the Public Relations Office of the 34th Fajr International Festival, workshop of Alexander Sokurov, the well-known director was held in the Talent Campus section of 34th FIFF.

In the beginning, Sokourov asked the audiences to hold this session as a Q & A session.

The first person asked about the Mother and Son and Father and Son trilogy, and Sokurov stated that he was supposed to make two other movies in the name of Mother and daughter and Father and daughter. Sometimes the film is so dramatic that loses the attraction for audience. Sometimes we think people don’t care about us, but we should imagine that what we can do if this caring would be more than what we are expecting.

He also added, “We shouldn’t ignore the relations between the family and folks in a film. This kind of relations are like a mine and if it explode it will burns everything down. Sometimes we see that there is a hostility between people in a family and they even don’t forget each other for the rest of their life. “

He said, “In the world of cinema, ethic and morality is the most significant matter. If we want to make an artistic movie, it should be different from the real life. All films about youth and the young people are very much based on real life. But this realistic perspective of view doesn’t help to answer the whole questions of the movie. Social realistic films shows these thing, but most of the time they beat about the bush.”

“Contemporary cinema could not be successful if it does not pay attention to colors and photography.” He continued.

He added, “Iranian films are identical from their tone. You could identify an Iranian movie before actors start talking. I do respect Iranian cinema but there is too much realism in Iranian movies. I like one of the Iranian directors very much but I know he hates me and he is against me in all big events of cinema. Sometimes, I think about that how much the rift between us is deep.”

Regarding remaking of Faust at the present century he said: I believe a director shouldn’t think about the screening of his movie. There is nothing above literature. We never reach to the level of the author. When you read the story, it’s definitely different from what you see on the big screen and your main goal should be to pursue your audience to read the book after they leave movie theatre.