Claire Dobbin at Workshop;The Iranian Cinema Not Infected in the Way the American Cinema Has 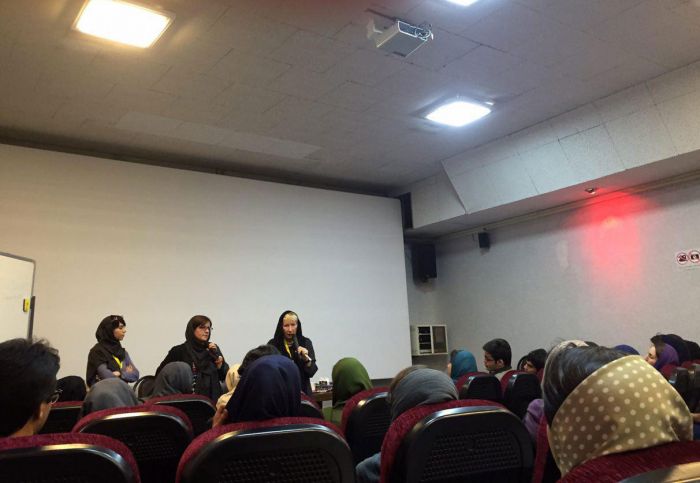 The Australian cineaste admired the pure and human themes of the Iranian cinema.

According to the public relations office of the 34th Fajr International Film Festival, Claire Dobbin, script advisor and editor in the Middle East and Australia, attended the April 21st workshop on script-writing held at the Cinema-Theatre Faculty.

At the beginning of the session, referring to the Middle East as a part of the world which has a lot of stories to tell, Dobbin said, “The Middle East is significant for me particularly because of having women script-writers”.

Speaking about Majidi’s ‘The Children of Heaven’, she stated, “This film has a simple theme and shows the relationship of a brother and sister who live in poverty. It is an interesting film; although it is simple, it presents an attractive account of the incidents and stories of the country it is made in”.

She emphasized that everyone should narrate their story in their own way. “Now that we know everything about the American and British life, Iran should tell its stories in its own way,” she pointed out.

“Local stories are not heard anywhere and are so interesting to be heard. You, students should be confident enough to narrate the stories of your homeland and be sure you will succeed,” she continued.

“In order to develop an idea and to render it into a film, you should use your personal experiences. The story should have a particular point to sell. Why do you think the film ‘Separation’ won an Oscar? That is because it had its own story and we had never heard such a story about divorce, particularly from Iran,” Dobbin said.

“A universal and familiar story can have universal audience although the way it talks about its homeland is quite local. Moreover, you should note that the writer does not have to know what the problem is. He or she should find it out over the course of writing,” she added.

In the end, she pointed out, “Of course, one of the reasons which makes us interested in watching films is the fact that we get engaged with the emotions and situation of the main character and sympathize with him or her. So note that in script-writing, each character should have something particular to say. You should also pay special attention how to develop the character of the antagonist of the story. The antagonists do not always have a negative character. Sometimes, they are even positive and help the story to progress,” Dobbin stated.