Details on the Retrospection of French Cinema Section 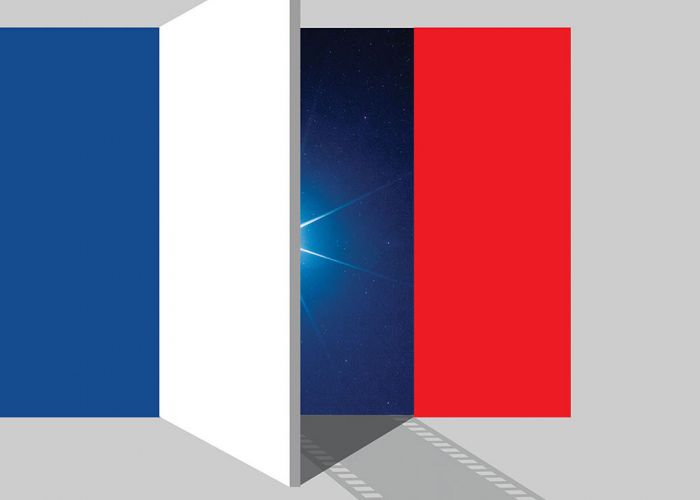 Six films will be screened at the Retrospection of French Cinema Section in the 34th FIFF (Fajr International Film Festival).

As reported by the public relations office of the 34th FIFF, these French films, which are mostly 2015 productions, have previously been screened at prominent film festivals like Cannes. “The Measure of a Man” is one of the most successful films on the list, which has formerly been acclaimed at numerous film festivals and won plenty of awards for acting.

Synopsis: Gabriel, an introverted young man, finds terror and appalling carnage in the hell on earth of the trenches between 1914 and 1918. At the end of his horrifying interior journey through the conflict – full of sound, fury and blood – he will discover his own humanity.

Synopsis: A bank job goes wrong. Four armed robbers take refuge in a shopping center-shots are fired, panic ensues. Surrounded, the criminals shoot a man and take a woman hostage. Cornered, they hijack a car, at the wheel a father on his way to hospital with his sick child. Out of control, on the run, their escape turns into a merciless manhunt. For these rabid dogs, there is no turning back.

Biography: Enrages (Rabid Dogs) is the debut film of the director. He has some experience in sports program production. After a while, he joined TF1 TV Channel. Then he started his cinematic career by producing two films: “Mademoiselle C” 2013, “the Players” 2012.

Synopsis: A little girl lives in a very grown-up world with her mother, who tries to prepare her for it. Her neighbor, the Aviator, introduces the girl to an extraordinary world where anything is possible, the world of the Little Prince.

Biography: Mark Osborne was born in Trenton, New Jersey. The two-time Oscar nominee is known for his work in animated features, among them The SpongeBob SquarePants Movie (2004) and Kung Fu Panda (2009). The Little Prince (2015) is his latest film.

The Measure of a Man

Synopsis: An unemployed factory worker is trying to make ends in working-class France.

Biography: Stéphane Brizé was born on October 18, 1966 in Rennes, Ille-et-Vilaine,

Synopsis: Journalist Denis Robert sparked a storm in the world of European finance by denouncing the murky operations of banking firm Clearstream. His quest to reveal the truth behind a secret world of shadowy multinational banking puts him in contact with an ever-expanding anti-corruption investigation carried out by Judge Renaud Van Ruymbeke. Their paths will lead them to the heart of a political/financial intrigue named the which will rock the foundations of the Europe and the French government itself.

Synopsis: Anton Chekhov, a humble Russian doctor, writes novels he sells to newspapers to feed his family. As his talent gets noticed by his peers, Chekhov even gains Tolstoy’s admiration. But when his brother dies from tuberculosis, Chekhov, remorseful, decides to flee his escalating notoriety and travels to the penal colony of the Sakhalin Island, in Siberia, to write about the depraved society the convicts live in. This journey will inspire some of his most brilliant and famous pieces.

Biography: Born in 1945, in La Bassée, René Féret studied acting at the Ecole Nationale d’Art Dramatique of Strasbourg. after father’s death, he was sent to a psychiatric hospital and this painful experience inspired his first long feature film L’ Histoire de Paul which was awarded by the Jean Vigo Price in 1975. He then directed 15 feature films, written, directed and produced for theatrical releases among which the acclaimed Nannerl, Mozart’s sister. He also produced films for other directors and for 15 years, he taught cinema at the University Lille III.