فارسی | English
Fajr International Film Festival > General > Director of “The Cow” Is Satisfied with Remake Quality / Mehrjui; I Was Astonished!

Director of “The Cow” Is Satisfied with Remake Quality / Mehrjui; I Was Astonished! 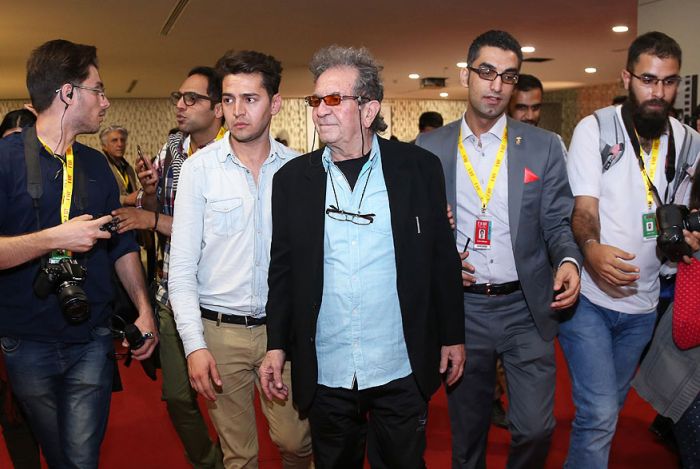 Dariush Mehrjui is satisfied with the remake quality of “The Cow”.

Iranian Cinema’s international director, Dariush Mehrjui, who had come to the Festival Palace to see Ahmad Talebloo’s film, “The New Wave”, had an interview with the public relations office of the 34th FIFF. He said, “It felt really good to watch the remake of “The Cow”. A lot of effort has been put into remaking this film and the result has turned out to be absolutely professional. I was really surprised.”

He mentioned the images of the film, exhibited at Charsou Cineplex and said, “Beautiful shots from the film have been selected. The film shots are more illustrative than the photos.”

Regarding the organization of the festival, Mehrjui added, “What’s happening is spectacular; however, you should pay more attention to the films and try to screen well-known films from around the world. Live TV programs which are broadcast every night, should show the festival films instead of conducting talks.”

He also referred to “The New Wave” which is a film about Iranian New Wave and features an interview with him, “The comic aspect of the film and the snapshots featured in it were actually good.”