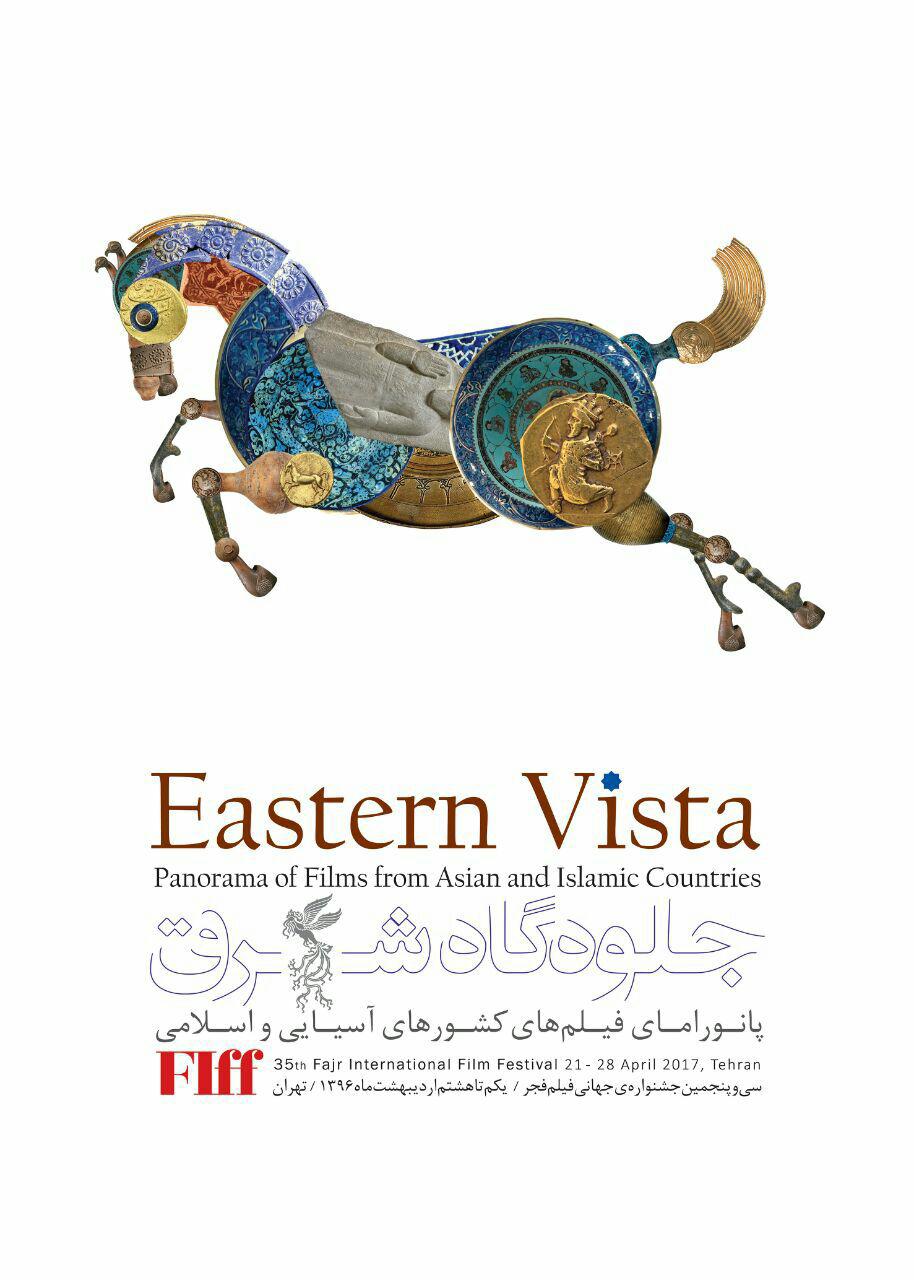 The Fajr International Film Festival has unveiled the poster for the Eastern Vista (Panorama of Films from Asian and Islamic Countries) category.

As per festival’s rules and regulations, movies from Asian and Islamic countries can only take part in the competition if they haven’t had regional premiere, or that it’s the first time they will screen publicly in Middle East and Central Asia. A number of entries will also have their Asian premiere.

The organizers have appointed four foreign and one Iranian jury members who will be involved in the judging process in Eastern Vista and International Competition categories. Up for grabs are three Crystal Simorgh awards for best feature length picture, best short film, and best director from Asia.

For registration and other information check the festival’s main website at www.fajriff.com. Presided over by Reza Mirkarimi, the 35th edition of Fajr International Film Festival will take place from Friday 21 to Friday 28 April in Tehran.