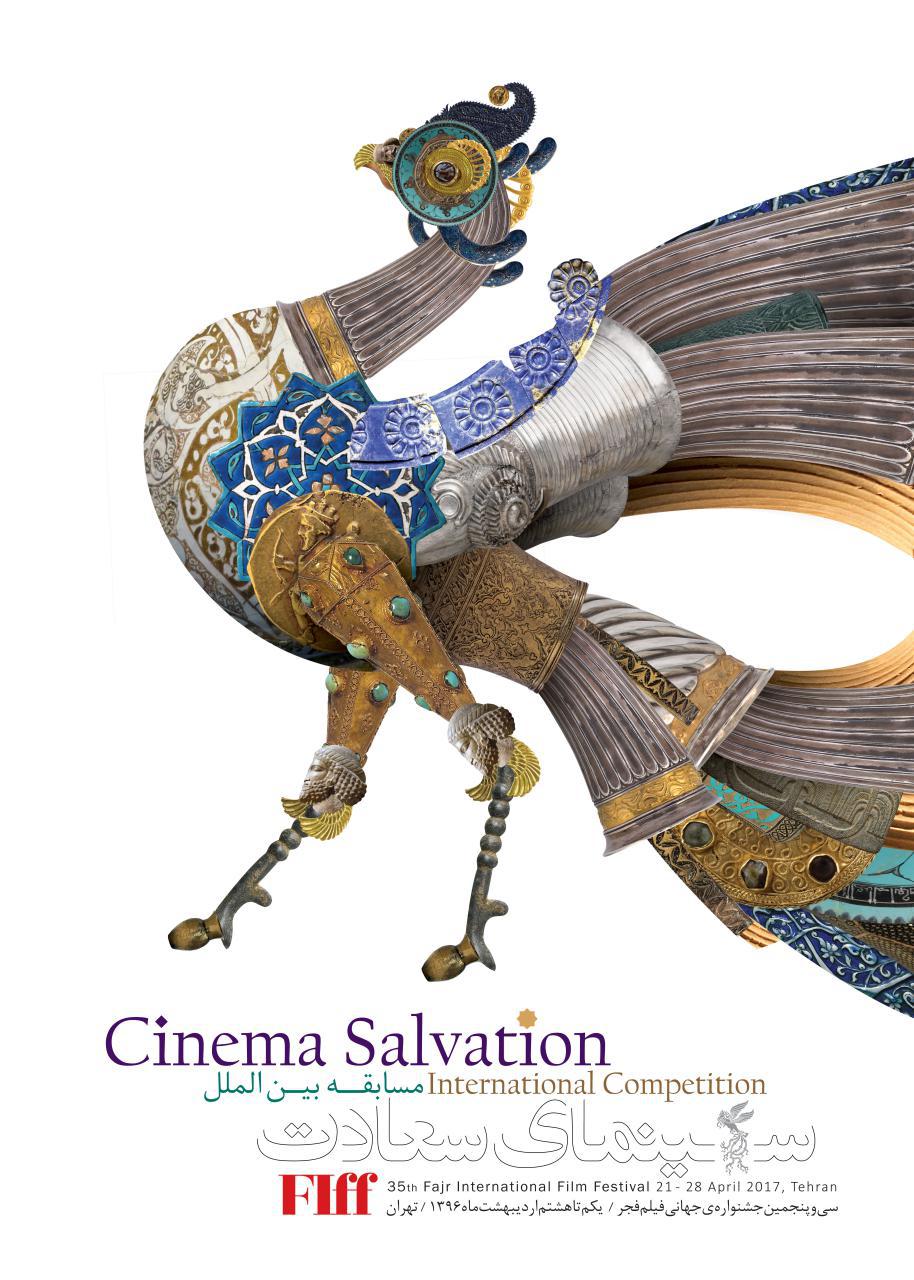 The mythical Iranian bird that never dies, the Phoenix (or Simorgh) , occupies the place of honor on the poster advertising Cinema Salvation section of Fajr International Film Festival.

The festival has unveiled its grand jury for the International Competition as well. Five foreign and two Iranian judges will be getting involved in the judging process.

Up for grabs are one golden Simorgh award for best picture, four Crystal Simorghs awards for best director, screenplay, leading actor, leading actress, and one for special artistic achievement in categories such as cinematography, editing, film score, costume design, or production design.

For registration and other information check the festival’s main website at www.fajriff.com.
The 35th edition of Fajr International Film Festival will take place from Friday 21 to Friday 28 April in Tehran.