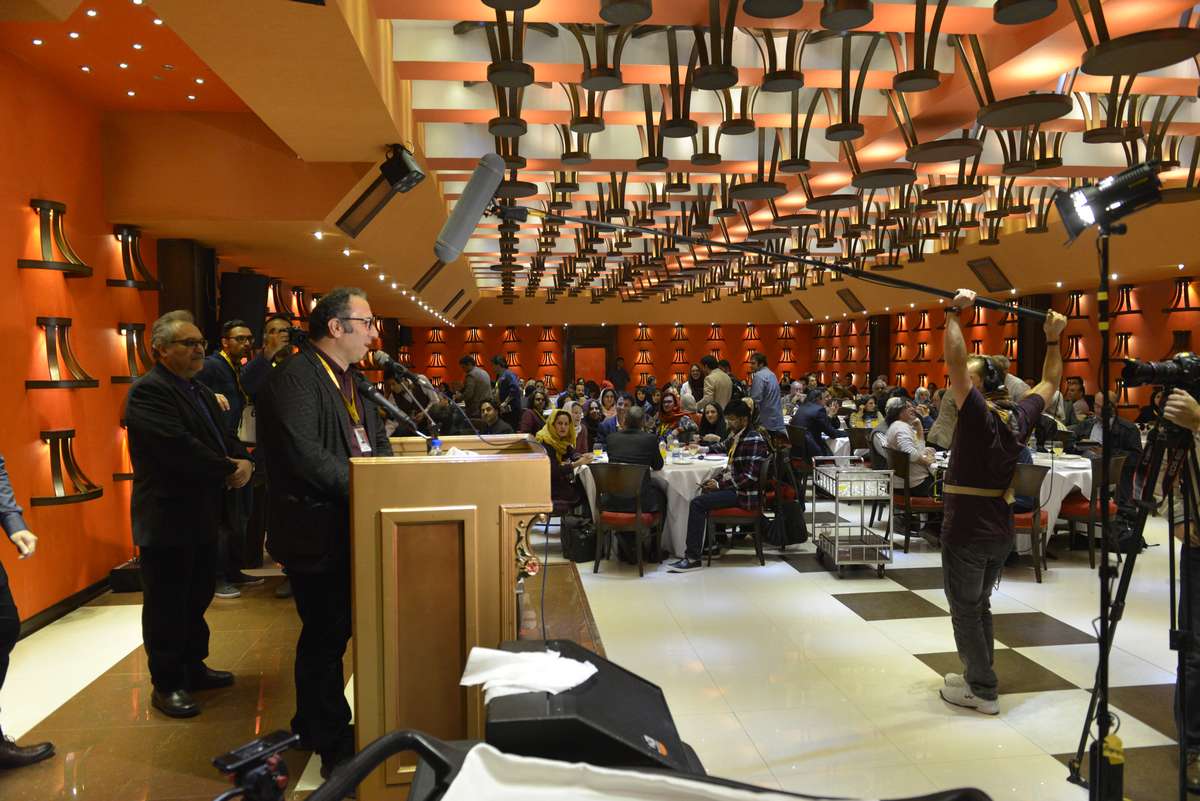 According to the public relations office of the 34th FIFF, after welcoming the guests, Reza Mirkarimi, the director of the festival said, “I thank all our guests for accepting our invitations. Every year, artists participate in a lot of festivals, but this year a number of prominent filmmakers, like the famous Russian director, Alexander Sukorov, have taken part in our festival.”

The Interfaith jury members include, Stefan Foerner from Germany, Magali Van Reeth from France, and Mustafa Mohaghegh Damad. Golab Adineh, Iranian actress, Sahra Karimi from Afghanistan, Jaaved Jafari from India, Ismael Feroukhi from Morocco, and Teresa Cavina from Italy were introduced as the jury members of the Eastern Vista Section.

Magali Van Reeth, jury member of the Eastern Vista Section, stated, “In today’s world, different religions do not set people apart and that’s the message we’ve been trying to get across.” She added, “Cinema has proved that religion is an element drawing people closer to each other. I appreciate you including me as a jury member at this section.”, added Van Reeth.

Later in the ceremony, the jury members of the Cinema Salvation Section, were introduced. Naser Taghvai, Tian Zhuang Zhuang, Jose Louis Guerin, Zeynep Atakan, Emmanuelle Prevost, Ivo Felt, and Majid Majidi are the members of jury at this section. Zeynep Atakan said that it was an honor for her to be included at this festival. Tian Zhuang Zhuang later mentioned, “Before coming to Iran, I’d heard about unsafeness in Iran, yet when I came to Iran, I saw for myself that how safe this country is. Iranian people are very hospitable, so I’m glad I’ve come here.”

Emmanuelle Prevost, one of the other jury members of the Cinema Salvation Section, stated, “I’m so happy I’ve traveled to Iran and I’m grateful to the director of the festival for the perfect organization.”