Fereshteh Taerpour’s Workshop Report: Producers Must Know their Audiences / Bollywood Has Been Hollywoodized 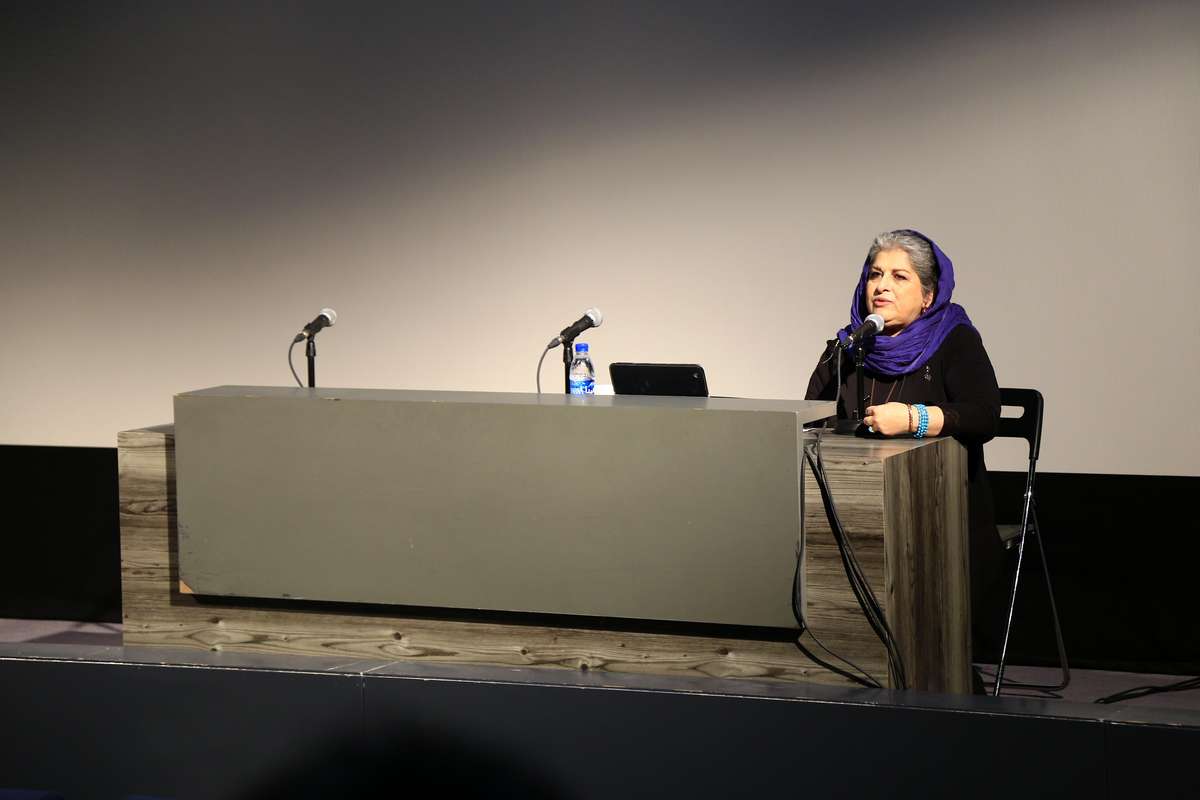 As reported by the public relations office of the 34th FIFF, the third day of the 34th FIFF kicked off with Iranian producer, Fereshteh Taerpour’s workshop at the Darolfonoun Section. At the beginning of the session, Taerpour mentioned she had started her career right after the Islamic Revolution concurrent with the war between Iran and Iraq and added, “Cinema was primarily a passion for me and people of my generation.”

Taerpour, whose acclaimed film, “Facing Mirrors”, has participated in a lot of festivals worldwide and won a lot of important awards, stated that not every country possesses a cinema industry and that some countries like the USA and India can claim they are in possession of it. She said, “The most important factor a producer must pay attention to is the audience. Producers must know who they are making a film for. That’s what for instance, the Indian Cinema has been doing successfully.”

She also believes Asia and the Middle East are capable of providing the widest range of subjects for filmmaking and said, “We live in a region with the highest potential for filmmaking. Both the incidents going on around us and the culture we are in possession of provide us with a variety of subjects. We should be observant and take advantage of all these opportunities. We must know when is the right time for making a film with a particular theme.”

Taerpour, who has attended a lot of film festivals as a jury member, said, “We need a universal language in order to have more international audiences.” She added, “Technology is not all we need. As you all know, despite having good stories, American and French Cinemas are overpowered by technology. We belonged to a generation which didn’t get bored, watching a 3-hour film. We must find out what the new generation enjoy most and make films for them.”

She also referred to the film, “Facing Mirrors”, and said, “This film was screened at more than 200 festivals around the world. It was screened in more than 30 cinemas in France although many used to think it was impossible to make this film because of the subject the film centers on.”

Taerpour stated, “I’ve initiated a lot of artists’ careers, like Jafar Panahi, Kambouzia Partovi, and Hamid Jebeli. When you have a good story, the producer takes the risk of making your film willingly. Therefore, when Negar Azarbaijani came to me with her story, I trusted her and tried to do my best for her.”

In an interview with the public relations office of the 34th FIFF, Taerpour said, “I feel so glad when I see young cinephiles referring to me with a lot of questions and ideas. I think, the independence of the international section of Fajr has good future prospects.”