Franz Rodenkirchen on Creativity in Scripts 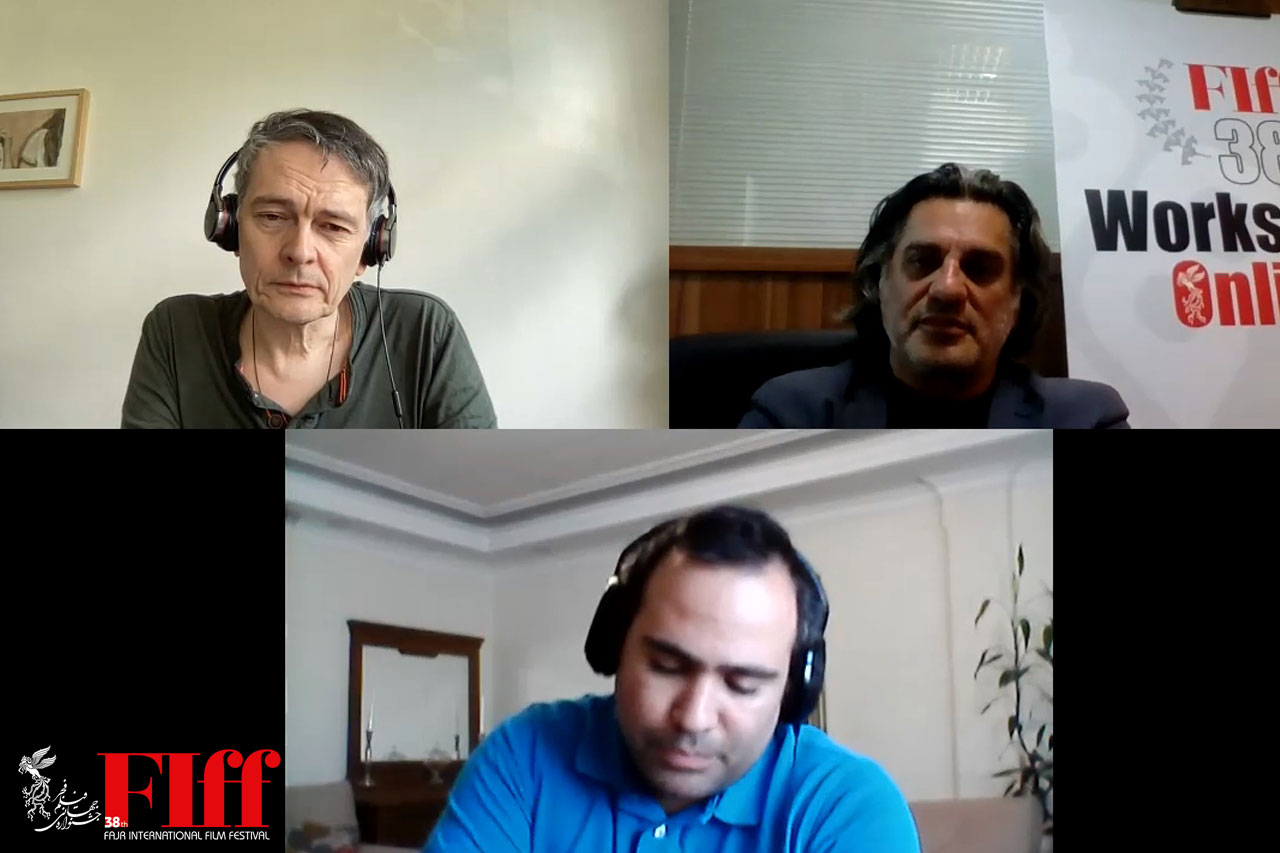 Franz Rodenkirchen is a Berlin-based independent script advisor, teacher and tutor in workshops and individual project development. He regularly works with TorinoFilmLab, as a tutor for their Script Lab and Feature Lab programs as well as with CineLink/Sarajevo and SEAFIC Lab (Southeast Asian Fiction Film Lab).

For Berlinale Talents he selects and mentors projects at their annual Script Station and he also teaches at dffb – Deutsche Film- und Fernsehakademie Berlin. Together with Françoise von Roy he founded Script Circle in 2014, a bi-monthly script development-workshop in Berlin, and –also with Françoise von Roy– runs the script consulting workshop Six Days of Practice for film professionals.

Rodenkirchen is held a workshop in 38th FIFF. Iranian screenwriter Shadmehr Rastin had an exclusive dialogue with the maestro himself about creativity in scripts.

How is talent screenwriting identified and nurtured?

At the Berlinale, we try to select talents that are unique and take a new approach. We cannot give a general definition of talent. At the Berlinale, we select those who have special and valuable characteristics. A person who has a special cinematic expression. We see his previous works. I am a screenwriting consultant in independent films working with filmmakers from around the world. I also choose talents at the Berlinale. I give feedback to a script that is just being written. The script is not a patient I can treat. I see creative parts and add my suggestions.

Please describe this process of giving feedback and conveying it to the author with an example you experienced.

Unfortunately, I am not prepared to introduce a specific case. I do not believe in any rules in creative work. Screenwriting textbooks are useless and put a lot of pressure on screenwriters and filmmakers from sponsors. First, I read the script carefully and take notes. And then I think about it and then I read it again and take notes. Then I talk to the screenwriter and the team working on the film. The session is not short and may take a full working day of 8 hours. In that session, I tell the screenwriter what ideas I got from this screenplay. In this section, it is important to know whether what I found out was close to the author’s desired message. Because the challenge in the script is that the script is not literature. It is a text that is supposed to become a visual experience. I reflect on the images that have formed in my mind to see if I am close to the writer’s mind or not.

Do you have any basic questions to analyze the script based on those initial questions?

I prefer not to work on any of the previous questions. I look at the script as a single case. Of course, it is important who the characters are and how they were formed. It is also important to know whether the story has drama or not.

What do you think about the method of McKee, Syd Field and Jean-Claude Carrière?

I do not talk a lot about Syd Field. Because I think the damage he has done to the art of screenwriting has outweighed the benefits. He has worked on certain types of commercial and box office films and designed an abstract system. Based on that system, the works are constantly repeated and generic. I cannot cope with this style of work. My main problem with McKee is that he has a high level of self-confidence. He thinks his vision can explain everything. While this is by no means acceptable and possible. There is a lot of pride in McKee’s vision that creates a close cinematic mind. Jean-Claude Carrière takes a better approach to the European tradition he follows. He has more respect for creative action which is artistic creation. However, he also has his limitations.

These people are very important in Iran and you criticize them. So please explain more about yourself. It is better for people to know who is the critic of these people?

There is no specific university major for becoming a screenwriting consultant. I studied literature, media and communication at the Technical University of Berlin. But I went to the cinema a lot and I was also the organizer of international and independent cinema films. Along the way, I met filmmakers and producers. They gave me their scripts to read and I enjoyed it. They also benefited from this.

What do you mean by creative element of the script?

When we read a script, we are faced with a story. We have different characters that form many images in our minds. We hope there is good communication and regulation about them. We are looking for the idea of the script to reach the concern of its creator. In an independent world, there is deep personal connection between the film and the movie creator. This connection is often hidden, sensitive and emotional. This connection is the most important aspect of film. Because we need to be able to feel close to the character in the film. The work of a screenwriter must be unique. He must use the medium of writing and reach the medium of cinema. Cinema is the language of images. Cinema is a way of expressing words. At the same time, cinema provides a way for us to escape from words. Cinema is a strange paradox that we have to use words to create a verbal idea.

The 2021 FIFF is currently underway in the Iranian capital on May 26-June 2. This year’s event is presided over by Iranian film director and screenwriter Mohammad Mehdi Asgarpour. The festival is widely considered one of the most prestigious and influential in Asia, Europe and Greater Middle East.