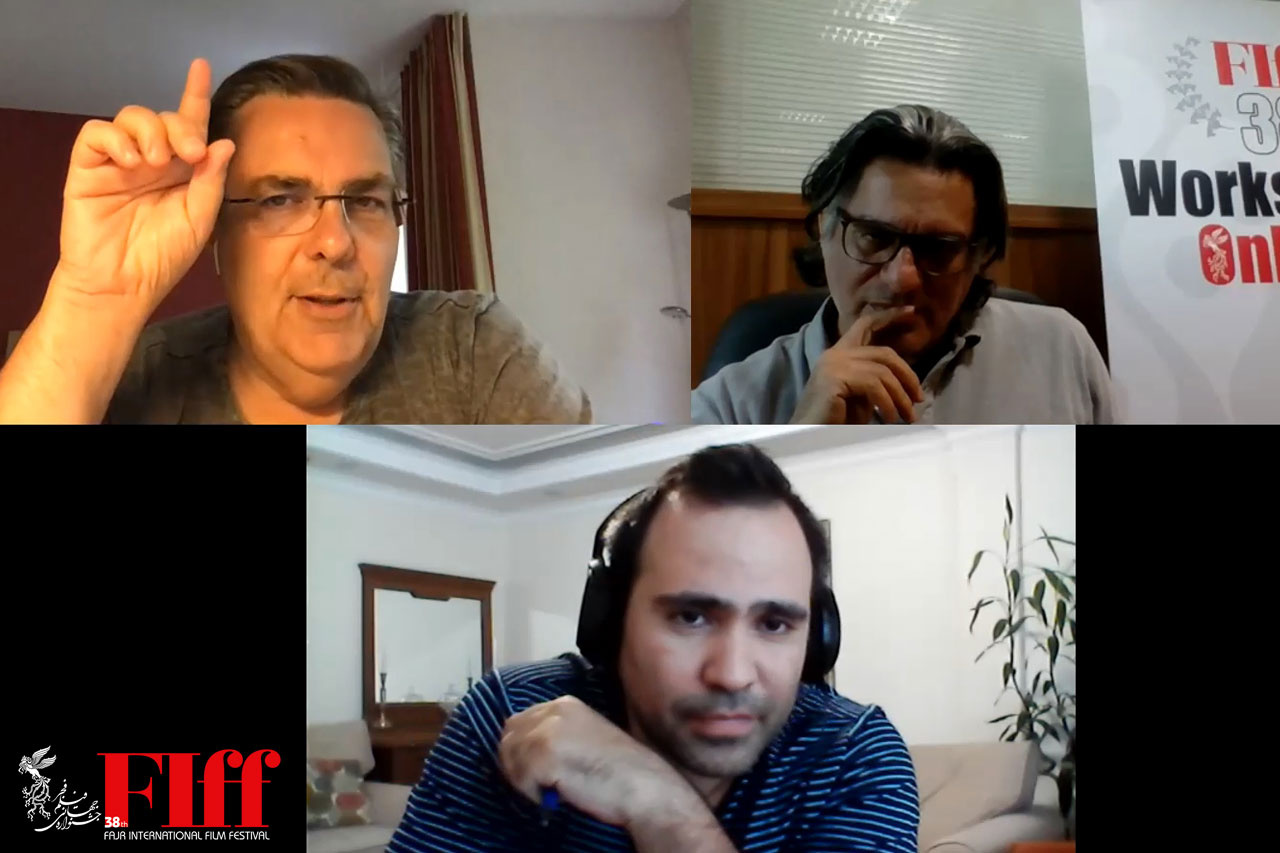 Swiss film critic and director Frederic Maire is one of the founders of Laterna Magica, which holds educational screenings for Swiss children aged 6-12 in more than 60 towns. He has directed various documentaries, short films and feature films.

Former artistic director of Locarno Film Festival held a workshop at the 38th FIFF. Iranian screenwriter Shadmehr Rastin had an exclusive dialogue with the maestro himself about the new wave Swiss cinema. Here is the second part.

As we study Swiss cinema, we see that it gradually separates from German expressionists and French impressionism. It has its own form of docudrama. Are these changes due to the influence of British cinema?

On one side yes, because obviously liberal cinema was for them and they had an influence. But there is also another influence. In Geneva, the French Swiss Television began to hire people interested in film including those two liberal directors who made their first short films cooperating with British cinematographers, hired Swiss TV and worked 6-7 years there. They produced many films about the Swiss society and others and they went for realism. Their work wasn’t fiction and we can see many social and human documentaries from those days. They were also inspired by their experiences and used the ideas coming from documentaries to make fiction movies.

Could you please name some films?

A film which is important is The Salamander which was made in 1971, a key moment in the history of Swiss cinema. Five directors from Geneva decided to work together and create a small production company. They were Claude Goretta, Jean-Jacques Lagrange, Jean-Louis Roy, Michel Soutter, and Alain Tanner (Réalisateur). They named the Groupe 5.  The films you are showing this year, like Le Fou by Gorreta, Les Arpenteurs by Michel Soutter, and Charles Mort Ouvif, were all produced by Groupe 5.

When they decided to establish this company, they had two financial resources. One was their own money, which wasn’t that much. The other money came from the Swiss French television. The Swiss television decided to invest in the production of this new wave conema by the young and aspiring directors. The last film produced by Groupe 5 was made in 1972 by Gorreta. Although it was a short time that they worked together, but it really led to the emergence of a young generation of filmmakers on the French part.

After that, there were these directors, Goretta, Soutter and Tanner who worked with French film companies and mainly produced and directed their films there and almost they left Swiss. I mean their connection to the country changed a little bit. But at least they started a new wave of cinema which was really important.

The Swiss television doesn’t fund new wave cinema anymore. Is this the decline of Swiss cinema?

I can’t call it the decline era. Because at the same time, Swiss cinema especially the French part was getting successful at international festivals. After the Swiss TV, it was the Praesens company that decided to produce the new wave movies. This company had time and money and helped young film makers. Heidi, and almost all traditional films, were produced and distributed and most had a successful screening in international cinemas.

How do you see the Locarno Film Festival and its role in promoting the Swiss independent cinema?

I think it is difficult to say, because Locarno did well globally in promoting the Swiss cinema. Starting at the end of the 60’s to 70’s, it trained the next generation of filmmakers, because Goretta, Soutter and Tanner almost tried to go to the Cannes Film Festival as the most important film festival of those times. When some critics came to Locarno from Cannes, it encouraged many film makers to go to Locarno too.

Locarno is important for Iranian cinema. Perhaps that’s because some Iranian filmmakers like Kiarostami, Panahi and Rakhshan Bani Etemad won awards there.

Locarno was run by the cinephiles who were always looking for the best of new cinema and always looking farther. I mean not only in Switzerland but elsewhere. It’s clear that Iranian cinema was discovered and promoted by Locarno as of the 80’s. But before that, the new Czech cinematographers like Milos Forman had their first films shown in Locarno.

You were the artistic director of Locarno for several years. Regarding your theory of global, regional and national festivals, how was the transition from the analogues to the digital era?

I think the switch from analogues to digital probably brought more freedom, because now, anyone can make a film with his or her mobile phone. You can edit it on the same phone and send it to Cannes for screening. You can also upload it on the internet for global audiences. People can see your movies online without spending money. However, if I wanted to discover new Iranian directors, I would have to be in Tehran, meeting people, watching films and discussing other topics.

The 2021 FIFF is underway in the Iranian capital from May 26 to June 2. This year’s event is presided over by Iranian film director and screenwriter Mohammad Mehdi Asgarpour.