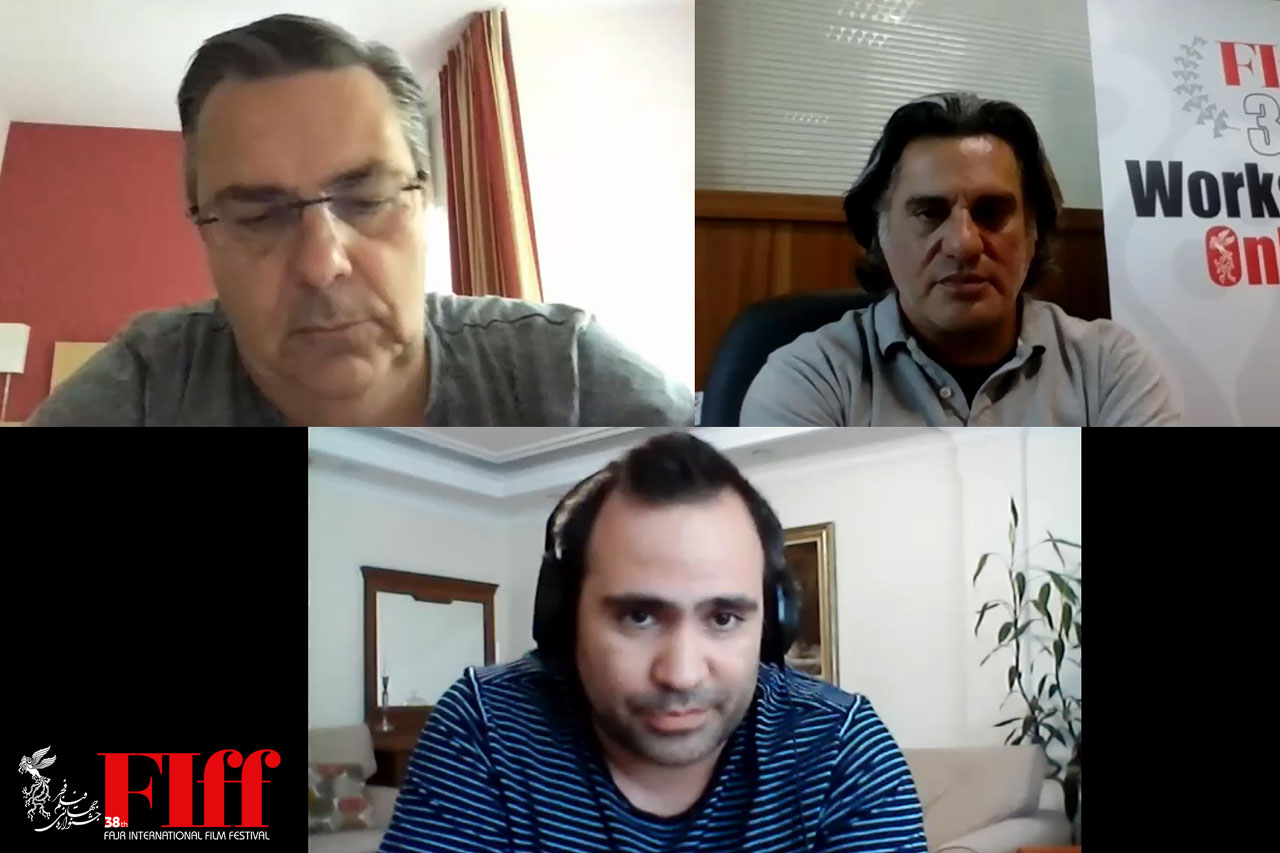 Frederic Maire is a Swiss film critic and director, and former director of the Locarno Film Festival. He is one of the founders of Laterna Magica, which holds educational screenings for Swiss children aged 6-12 in more than 60 towns. He has directed various documentaries, short films and feature films.

Frederic has a filmmaking workshop in the 38th FIFF. Iranian screenwriter Shadmehr Rastin had an exclusive dialogue with him about the history and the new wave Swiss cinema. . Here is the first part.

For the start, it would be great if you begin with introducing Swiss film and cinema specially from the past, for example 1960’s and 1970’s.

When you say from the past, I think it’s better to start from the beginning. I mean from 1920 or even 1910, because two silent films will be shown in this edition of FIFF in Iran.

Yes. Indeed these two films are really important for film researchers or those who research on Iranian culture and never have been screened before. So it’s a great opportunity to watch them on the screen.

I would like to start with a polemic phrase which claims that Swiss cinema doesn’t exist, because in reality, Swiss itself doesn’t really exist in terms of cinema. We have three linguistics regions in Switzerland: the German part which is the biggest part, the French part which is smaller, and the Italian part which is the smallest. Of course, cinema in Switzerland grew in various forms related and connected to the neighboring countries. As a principle, it’s important to understand because everything we say about cinema depends on this linguistic and cultural division in this country. As you can imagine the cinema history of Switzerland starts with Lumière brothers like everywhere around the world and then in 1910, some Swiss directors and technicians started making films. Two main types of films were made in those times. One is religious films which were about the passion of Christ, and others about the national myth Wilhelm Tell (1925). And then starting from  20’s, some other new directors started to work and made interesting fictions. One of the most interesting films of that decade was directed by John Shou in 1925. It was a naturalistic film about Lake Geneva. This film is important because a Swiss actor played the leading role.

One of the most important films is Wisages d’Enfants directed by Jaques Feyder which will is screened here in Fajr. Of course, Jaques Feyder is a Belgian director but two Swiss producers, Dimitri de Zoubaleff and Arthur-Adrien Porchet produced it. The form and the story were from Switzerland. It is a very Swiss film but made by a foreign director.

Was the film also released in Switzerland? How was the reception?

Yes. These films were screened in Switzerland too. Of course, Switzerland had already many cinemas but Swiss cinemas were mainly screening American, French, German, or Italian films, depending on which part you were living. Language barrier was still there but most films were from America and France.

The other important film which was shot later, and it also was from the French part of Switzerland, was Rapt: la Séparation des Races which was an adaptation of a novel from a Swiss writer, and it was again a Swiss production and directed by a Russian director who came to Switzerland after the revolution and his name is Dimitri Kirsanoff. In 1929, in Switzerland not far from where we are at the research center of Cinematech in the French part of Switzerland, a rich woman organized the first international congress of independent cinema and it was the first ever of this kind of organization around the world. She invited famous critics and directors like Sergei Eisenstein to find and realize what does independent or art cinema mean at all. And it’s a very important moment for the history of cinema in Switzerland and also Europe.

Another old Swiss film which will be screened in this edition of FIFF, Mein Persian-Flug (My Persian Flight) is a real travel to Persia and is a travel film about Iran and shot and directed by Walter Mittelholzer and his company Praesens in 1924-25. Later they went to Africa and other countries and shot some other films. In those days the idea was that film could make you travel and you could go to cinema and discover other countries and Iran was a magical place to discover.

Tell us about Praesens Company.

The Praesens Film AG is a Swiss film production company and distribution. It was founded in 1924 and celebrated its greatest successes in the 1930s and 1940s. Before Gloriafilm was founded, Praesens-Film was the only large film production company in Switzerland that also had international success. The Praesens’ first feature film was made in 1929 and immediately represented a milestone in Swiss film industry. However, this was more a lucky coincidence, or more precisely the good connections of Lazar Wechsler, than it owed the Praesens film itself. He took advantage of a European trip by the famous Russian film pioneer Sergei Eisenstein.

One of the first films of this kind was Heidi (1952). More such light entertainment films followed. Among other things, the Heidi sequel Heidi and Peter which was the first Swiss color film (1954). From the 1960s onwards, the successful productions of Praesens-Film were over. Today Praesens-Film is no longer active as a producer. Only the successful productions of earlier years are exploited and films from other companies are loaned and distributed.