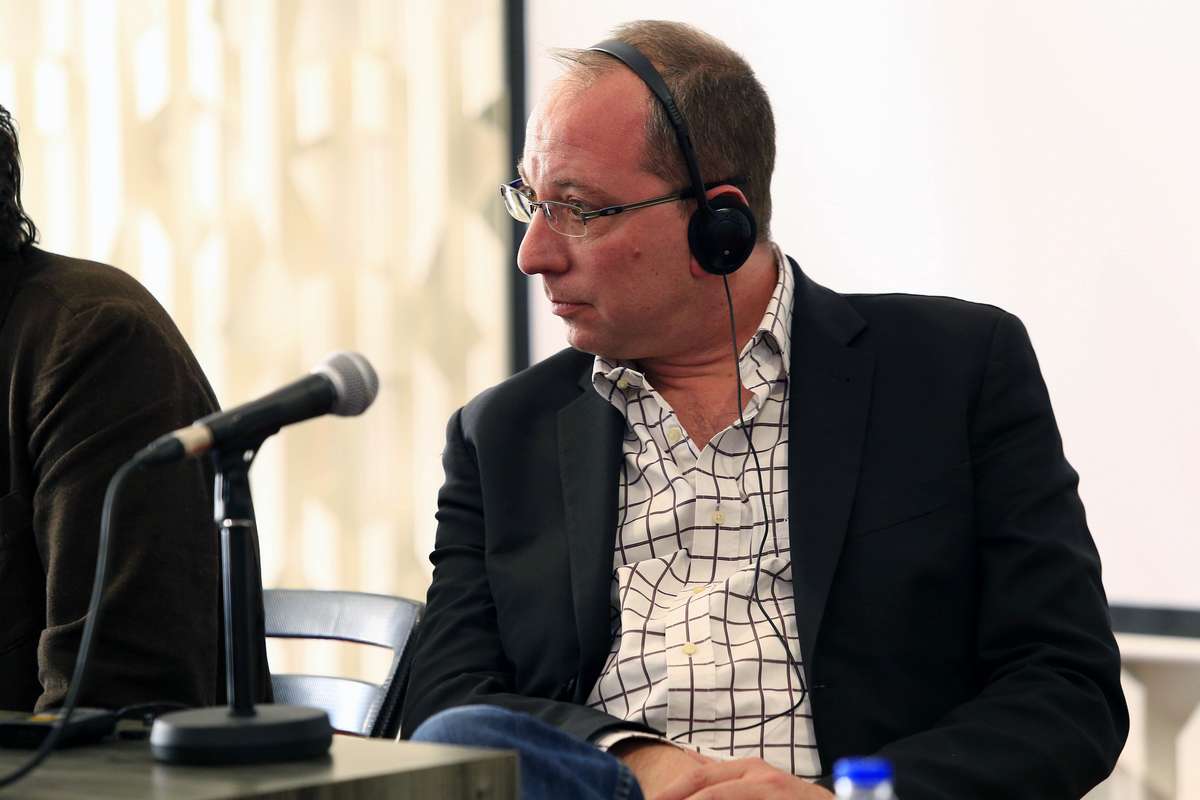 Guillaume de Seille and Iraj Taghipour discussed film production issues in Iran and around the world.

As reported by the public relations office of the 34th FIFF, a film production workshop was held at the Darolfonoun Section on Friday, April 22nd, with Guillaume de Seille, French producer from Arizona Productions, and Iraj Taghipour, a member of the policy-making council at Art & Experience Cinema, in attendance.

Iraj Taghipour, who has produced a lot of films, like “Dance in the Dust”, “Beautiful City”, and “End of the Game”, and won a lot of domestic and international awards, stated that a lot of Iranian people assume that a producer is someone with a big budget, not using the money they have in their disposal in the right way. He said, “That’s not a completely wrong assumption. Film production in our country has resulted in this illusion. People picture film producers as vampires!”

Later at the Q & A session, Guillaume de Seille mentioned that he wasn’t a rich producer and said, “If you offer the same amount of money to twenty different producers, they will end up making twenty completely different films.”

Taghipour referred to film production in the very first years after the Islamic Revolution and said, “Film production wasn’t a specialized issue then and Farabi Cinematic Foundation played a major role in initiating it. Appointing different managers from time to time is one factor leading to chaos. I hope Mr. Ayoubi can remain in office and pursue his plans for as long as possible.”

Guillaume de Seille emphasized that in film production, a major point is to initially determine what kind of film we are about to make: an art film or a commercial film. Co-production is not an offer for commercial films, yet it is common to co-produce art films. De Seille added that in Asian and Middle Eastern countries, there are a lot of problems, including technical issues. He believes that cinematography and lighting are not done professionally in Iran. “Acting is one other issue that cinema in this region is dealing with – an issue which sometimes results in a lot of problems. Acting in this region is different from acting in western countries; yet screenplays have the potential to appeal to the westerners because of their subjects.”, added de Seille.

Guillaume de Seille continued, “I’m very well aware that about 200 films are made in Iran annually; however, only one film is screened at Cannes and one film goes to Venice. Iran is capable of having a more serious global participation.”

Taghipour, who has produced “Dance in the Dust” and “Beautiful City”, two of Asghar Farhadi’s films, said, “Some of our producers don’t know how to submit their films to international film festivals, yet. After making “Dance in the Dust” and “Beautiful City”, I went to Cannes with a screenplay at my disposal, hoping to find a budget for making the film. That was when I understood I was wrong. There are some Idea Workshops in Cannes, and I had to start with an idea, and not a complete script.” Reza Mirkarimi, the director of the 34th FIFF, promised to hold an Idea Workshop in the upcoming edition of the festival.

De Seille believes that the more local a film is, the more well-known it gets worldwide. He said, “It’s not right to change local outlooks in order to deceive the foreigners. It’s not a good idea either to send emails to film producers or take their time on streets and in corridors. We need to talk to each other and Idea Workshops can provide this opportunity for us.”

Taghipour criticized the common production approaches in our country and said, “Wrong approaches have made directors either do the production job themselves or look for a foreign producer. The young generation is a little bit narrow-minded. That’s why, despite having good ideas, they cannot develop an acceptable script.”

Guillaume de Seille concluded, “I haven’t come to Iran for merely making a speech. I want to select projects and plan for the future.”