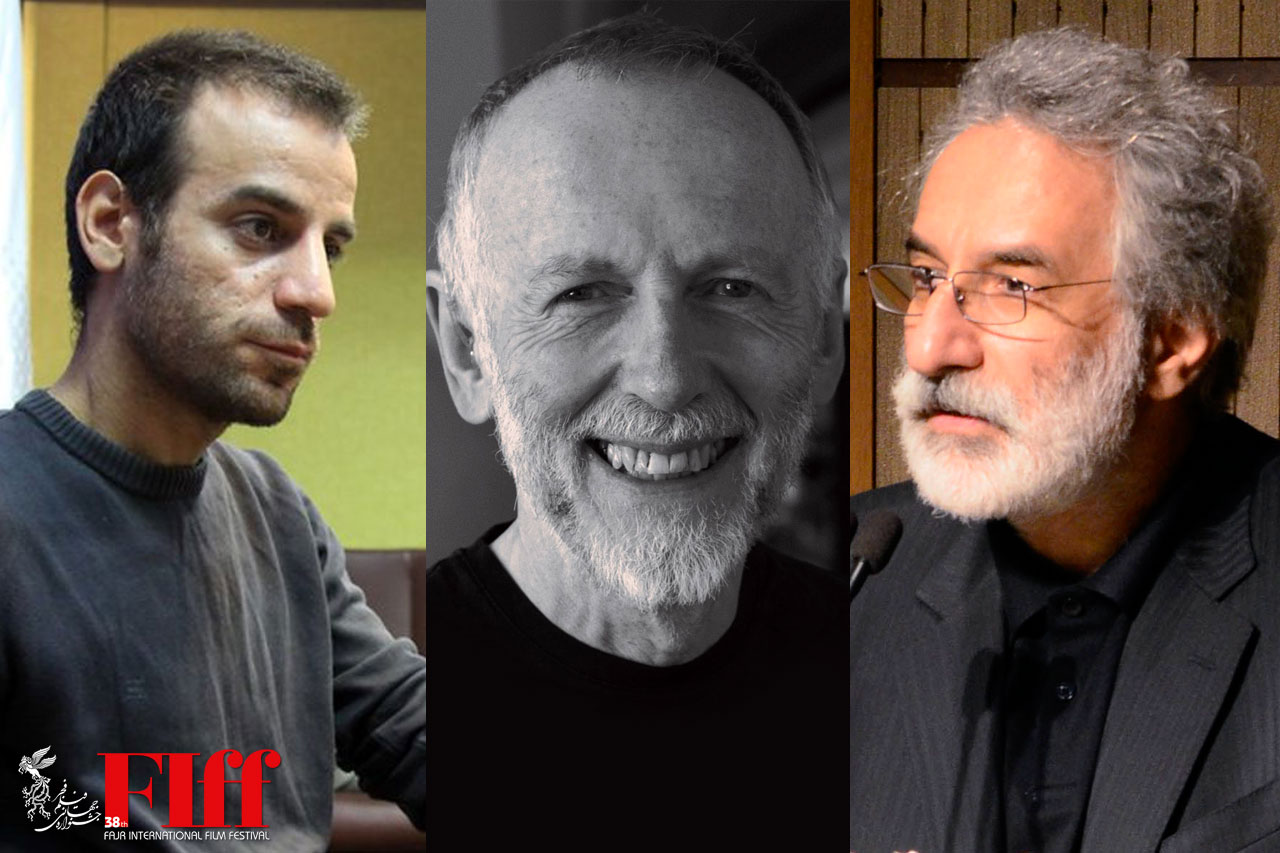 Film critic Ian Christies, tutor and historian Javad Tousi, and director Shahram Mokri are sharing their invaluable experiences in the film industry with workshop students and fans on the sixth day of the 38th Fajr International Film Festival.

Christie will review the new world cinema. Tousi will review and analyze Masoud Kimiai’s The Journey of the Stone (1978). Mokri will also teach you the art of directing. You will gain an introductory level understanding of conceptualizing, researching, and directing a project. You will also expand your knowledge though understanding essential filmmaking theories, history, principles, and ideas.

Ian Christie is a film historian, curator, broadcaster and consultant, and Anniversary Professor of Film and Media History at Birkbeck College, University of London. He has written and edited books on early film, Powell and Pressburger, Russian cinema, Martin Scorsese and Terry Gilliam; and worked on exhibitions ranging from Film as Film (Hayward, 1979), Eisenstein: His Life and Art (MoMA Oxford, 1988) and Twilight of the Tsars (Hayward, 1991) to Spellbound: Art and Film (Hayward, 1996) and Modernism: Designing a New World (V&A, 2006).

Christie contributes regularly to radio and television programmes on cinema. He is a vice-president of Europa Cinemas and member of its Experts Committee, a member of the Steering Group of London’s Screen Archives Regional Network, an adviser to the London Film Museum, and a member of the Intellectual Property Office’s advisory committee.

Javad Tousi is a film critic, historian and tutor. He began his career in the film industry by writing film reviews from 1984. He is a jury member of Fajr Film Festival and continues to analyse films and produce reviews and articles for various magazines and newspapers.

Shahram Mokri is a director and screenwriter. He started his filmmaking training in the Young Cinema Association and entered the industry with his short film Dragonfly Storm.

Each day, the festival holds three online courses that can be accessed on its Instagram account, fan club’s Instagram account, Aparat channel, and the main website. The workshops cover the entire filmmaking process including all stages of preparation, pre-production, production, and post-production. They are organized and managed by Shadmehr Rastin and Sahar Asrazad.