Ian Christie on the History of Cinema 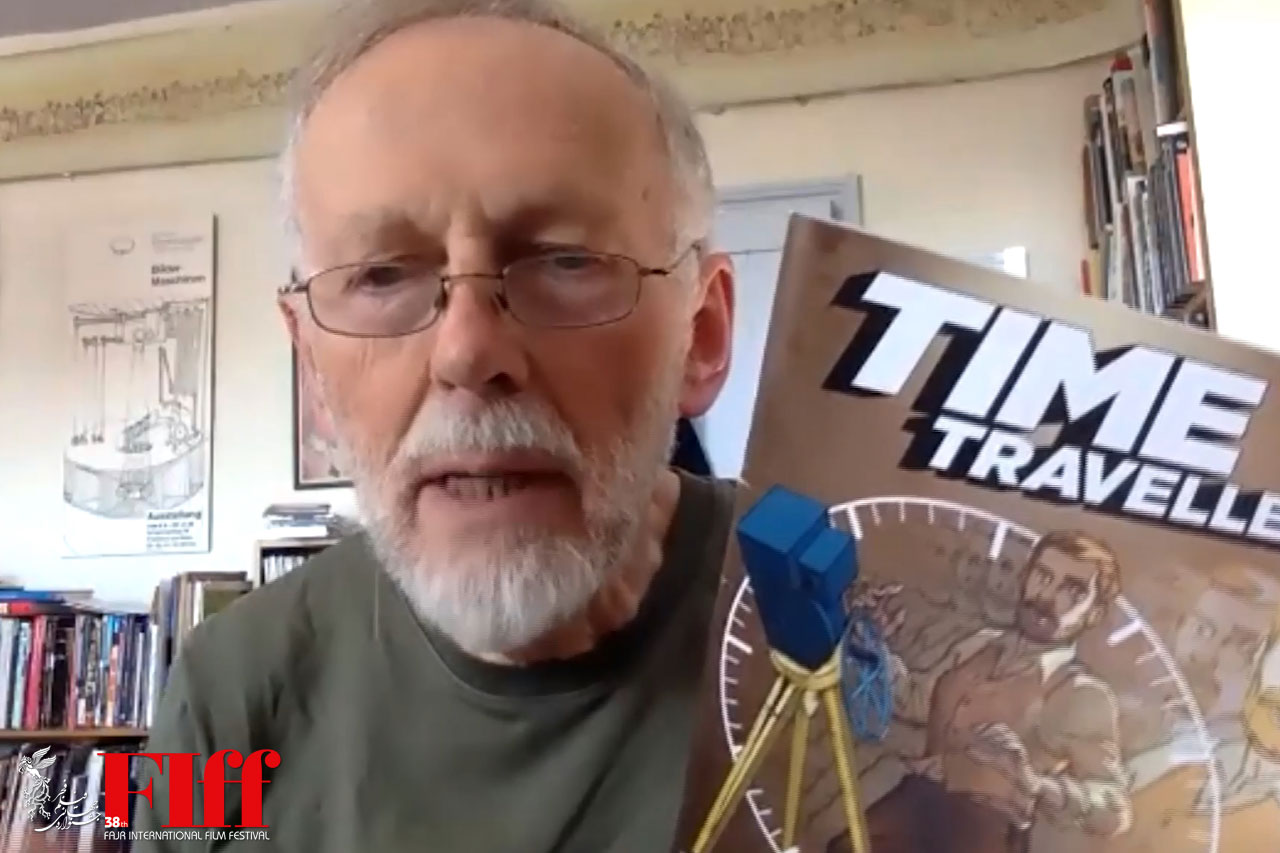 Ian Christie is a film historian, curator, broadcaster and consultant, and Professor of Film and Media History at Birkbeck College, University of London. He has written and edited books on early films, Powell and Pressburger, Russian cinema, Martin Scorsese and Terry Gilliam; and worked on exhibitions ranging from Film as Film (Hayward, 1979), Eisenstein: His Life and Art (MoMA Oxford, 1988) and Twilight of the Tsars (Hayward, 1991) to Spellbound: Art and Film (Hayward, 1996) and Modernism: Designing a New World (V&A, 2006).

Christie contributes regularly to radio and television programmers on cinema. He is a vice-president of Europa Cinemas and member of its Experts Committee, a member of the Steering Group of London’s Screen Archives Regional Network, an adviser to the London Film Museum, and a member of the Intellectual Property Office’s advisory committee. Christie held an online workshop in the 38th FIFF about the history cinema in London and Tehran.

Let’s begin with Lumière brothers. Everybody in the world seems to think that Lumière brothers started cinema. It’s not true. But people believe it. These French have done a wonderful propaganda job in convincing the world that they started the cinema. So every year on 28 December, somebody prints something in the newspaper, or speaks on the radio, saying what do you think about that a film has been shown on this day for the first time in Paris by Lumière brothers? And they don’t like it when you explain it didn’t happen like it. Now I will explain why Lumière brothers are not inventors of cinema.

We have two problems with our early film history in Britain. One is that everyone thinks cinema started in France, Lyon, or in Paris. And French have recreated a picture of that moment. But when you investigate that picture, you realize that everything is wrong, for example, the position of projector or presence of Lumière brothers themselves. The second problem is that for 50 years, people in Britain thought our William Friese-Greene was the real pioneer- unjustly ignored. They even made a film in Britain in 1951 called “The Magic Box” in which we see Robert Donat plays as William Friese-Greene showing his first film to a surprised policeman.  But the problem with this film is that everything in this movie is wrong too. The idea that William Friese-Greene is the true inventor of cinematography, is actually on his grave which is near where I live in London which added by people who think he is the true inventor of cinema. Scorsese, one friends of mine, promised me that he would tell the history of William Friese-Greene when he make Hugo film.

But what really happened? Something shown in The Magic Box really happened but not for William Friese-Greene. It happened for Robert Paul in 1895, when he and Birt Acres had just shot their first film for showing on a Kinetoscope. We don’t have that first film; we only have some sections of it.

In 1894, he was approached by two Greek businessmen who wanted him to make copies of an Edison Kinetoscope that they had purchased. He at first refused, and then found that Edison had not patented the invention in Britain. Subsequently, Paul himself would go on to purchase a Kinetoscope, intent on taking it apart and re-creating an English-based version. The Lumière brothers invented a form of moving pictures with their Cinématographe that was influential and spread all over the world; but these were essentially ‘views’, and could hardly be considered cinema. Quite soon after he started in 1895, Robert Paul had a very clear vision. In 1898 he placed an advertisement saying that the public was weary of watching trains, trams and buses on screen.

Watching Kinetoscope is really what cinema begins, which has done by Robert Paul. Not projecting onto a sheet on the wall. There was a problem for Robert Paul and his collaborator Birt Acres. The only films available were ‘bootleg’ copies of those produced for the Edison machines. As Edison had patented his camera, Paul resolved to solve this bottleneck by creating his own camera.

Beginning of 1896, everybody realized that to picture a film not in a Kinetoscope but on a projecting screen. It was simply more economical to show the film to hundreds or thousands of people than what was showing on expensive machines. So Paul had to invent the projector and he made his projector on the very same day which Lumière projector was first showing in London. This is why I suggest that cinema really begins in London in February 1896.

He made many short films and shot from many things. But unfortunately, we have only two of his films. One is captured in Egypt and its name is Women Fetching water from the Nile and another one is the Soldiers Courtship.

After that in 1898, Paul realized that the future film making, really lay in dramatic productions. So he established a studio north of London. This is where, Robert and his wife, created 800 or 900 films on that period. Most of those films have been lost. We have only 75 of them, almost 10 percent.

I feel it’s really important to get this botched history straight, to put Robert Paul where he belongs, along with his early collaborator Birt Acres – and indeed to vindicate Friese-Greene. Paul was in many ways as important as Edison. And his achievements up to 1900 certainly shaped the beginnings of film industry. Yet people today need to know that the international cinema industry did start in London, which conveys an important message for a truer sense of British history.

Let’s change the location and go to Paris. In 1890’s, Paris was the site of series of enormous exhibitions which took place during 1890 to 1900. And its main exhibition held in 1900 and its name was Paris Exposition universelle.

In 1900, the Shah of Iran visited the Paris Exposition universelle, and first saw film projected on a large scale. He immediately bought the equipment needed to show film back home in Tehran. But as Hamid Naficy revealed, the Shah also appeared in a Robert Paul film on a visit to Britain in 1902: Grand Review of Artillery by His Imperial Majesty, filmed on 22 August. It shows Lord Roberts on horseback leading the Shah and his entourage into Woolwich commons, where they review a parade of horse-drawn artillery. The Shah is accompanied in an open carriage by Prince Arthur Connaught. Unfortunately this is one of the lost films.  But we know what happened on the screen. And Hamid Naficy my good friend has recorded in his book that the Shah kept a diary of this trip, but did not record his reaction to this military review or to his being filmed.

However, he noted his reaction to a film about a similar review conducted on 24 July 1902 expressing his pleasure at viewing the film of his visit with King Edward VII and the review of the Arsenal. From his description one can deduce that he was particularly taken by the film’s power to duplicate both reality and movement, for he wrote, using the royal plural form: “It was as if it was ourselves in motion.”

In 1982, some films shot by Mirza Ebrahim Akkasbashi were discovered, showing Mozzaffaredin Shah attending a flower festival on Ostend, Belgium on August 18, 1900. Others show the Shah watching acrobatics and royal guards on the march, and traveling on the coach in Tehran streets. In 1992, Mohsen Makhmalbaf made a fantasy based on this episode Once Upon a Time Cinema.

In 1904, Tehran’s first public motion picture screening took place behind an antique shop. In December, the capital’s first public movie theater opened on Cheragh Gaz Street. Only men were admitted. Those were the days.

The 2021 FIFF is underway the Iranian capital until June 2.