فارسی | English
Fajr International Film Festival > General > An Interview with Dr. Nirmal Chandra Dhar, Indian Critic at the IFM FIFF is a Great Opportunity to See More of Humanistic Aspects in the Cinema

An Interview with Dr. Nirmal Chandra Dhar, Indian Critic at the IFM FIFF is a Great Opportunity to See More of Humanistic Aspects in the Cinema 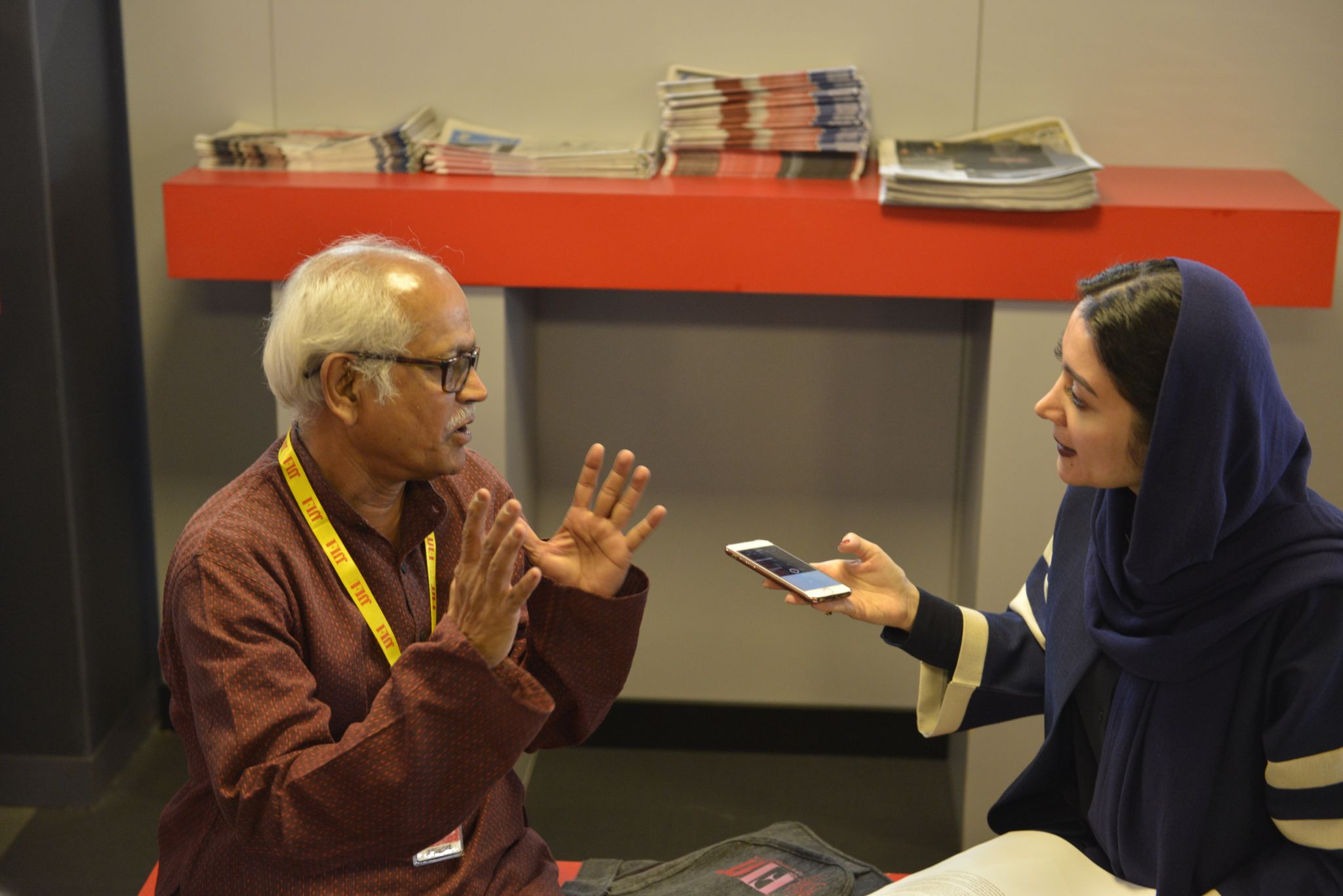 Dr. Nirmal Chandra Dhar was born on 1938, his nationality is an Indian critic and festival programmer from Kolkata who has been the director of the Scottish Asian Action Committee since 24 May 2006. He is also honored with an MBE for services to community cohesion in the west of Scotland.

Is this your first time that you experience participating FIFF? How do you compare this edition of FIFF to the previous ones?

What does motivate you to buy Iranian films?

I am interested in current Iranian movies, we easily come here, we easily see the films and this accessibility makes it much more interesting for me to participate here in the Fajr International Film Festival. Iranian film market is a big one; in other countries I have seen small markets which provided a small amount of chosen films, but here the film makers, film buyers, distributers and sellers are provided with a great opportunity to greet each other and exchange their views to open a new horizon in this respect.

Although this is my first day here, I have to see more films in order to be able to give comments on this, but about the last edition, I found 5 great films here in the IFM that I really loved

How much are you familiar with Iranian cinema?

I am very fond of Iranian cinema even I follow it in Kolkata, where the Iranian films are really popular. I intend not to compare the Iranian cinema with the Indian cinema, but most of the both cinemas include commercial films, you know especially in India films are full of dazzling scenes. But the Indian art movies are really similar to those art films of the Iranian cinema. Iranian films are more in genre of humor and comedy but at the same time the senior film makers as well as the young generation of Iranian film makers attempt to make serious films which travel to a more inner side of the psyche beyond the superficial surface of it. There are films which add a social political spiritual content to the normal relationships. Asghar Farhadi, Tahmine Milani, Nikki Karimi and I adore all of them; the acting, the subject, the script, the music, the directing, really everything about them touched my heart deeply as the Iranian films indirectly point at the deep aspects of life. On the whole I view the both Iranian and Indian cinema having similar points of view.

It is really friendly, the market area is well-organized, well-decorated, which is spacious enough to include different stalls, because previously we only knew Farabi Institute, but now there is a vast market of film distributers.

The 34th edition of FIFF is being held from April 20th to April 25th, 2016 in Charsou Cineplex, under the supervision of the well-known Iranian film maker, Mr. Reza Mirkarimi, who is also the Managing Director of Khaneh Cinema.