An Interview with Ivo Felt, Estonian Producer and Jury Member of the Cinema Salvation Section: Iranian Culture and Traditions Absorb Me 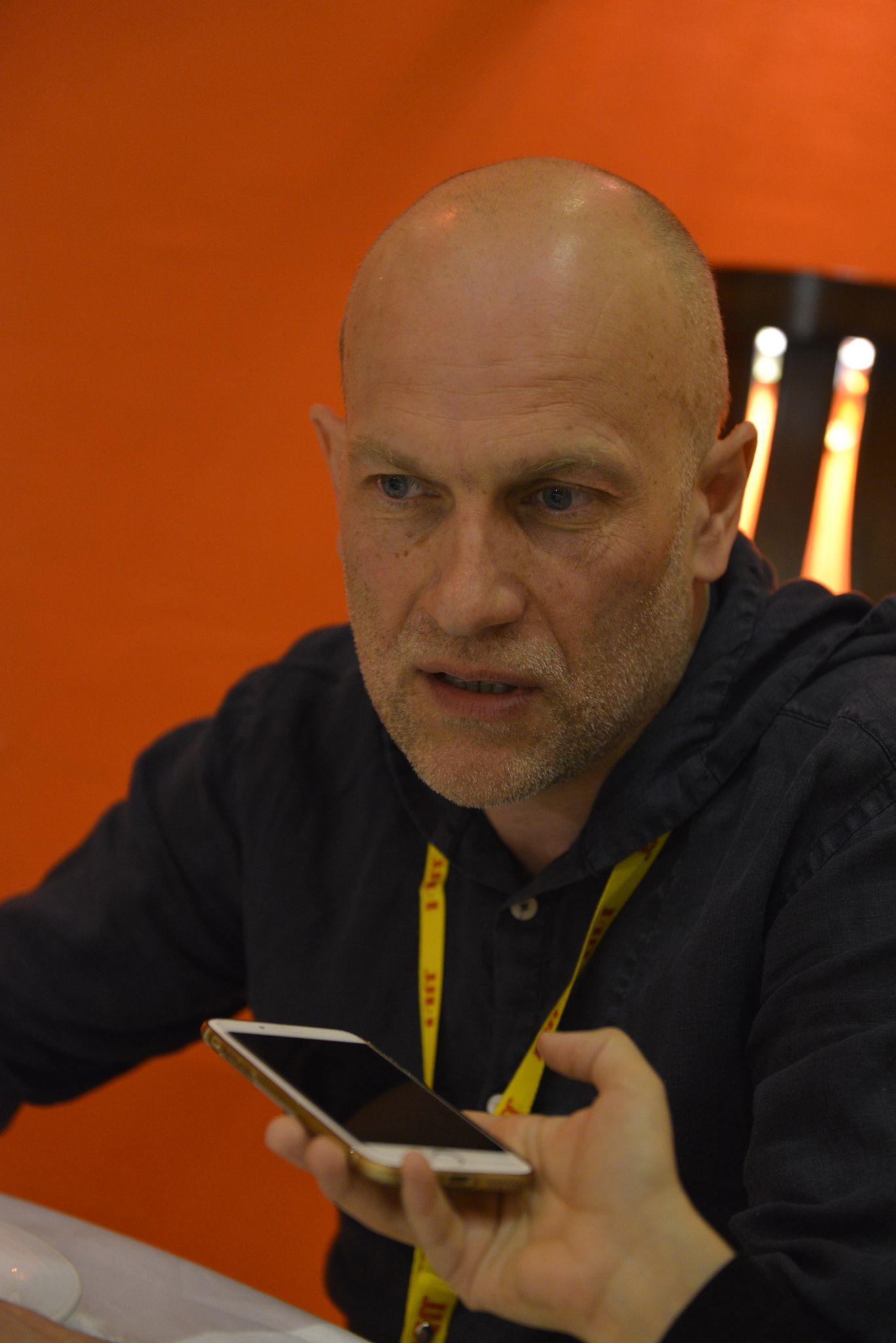 Born in 1968 in Tallinn, Estonia, Ivo Felt has been active as a producer and sound designer. Hَةe co-founded the production company Allfilm in 1995. He has created sound design for more than 50 feature and documentary films. Since 2005, Ivo has been focusing on film production and is currently working as a producer and CEO of Allfilm. In the last two years, he has earned one Oscar nomination with Zaza Urushadze’s “The Tangerines” and  two Golden Globe nominations with “The Tangerines” and Klaus Haro’s “The Fencer”. Ivo Felt is currently involved in production of Zaza Urushadze’s “The Monk”, Marko Raat’s “Diary of a City Priest”; Lauri Lagle’s “Portugal”; and Toomas Hussar’s The Poet and the Sky”. He sat for an interview with the public relations office of the 34th Fajr International Film Festival (FIFF).

I’m very well aware that you are here as jury member and that you are an Oscar nominated producer. I’d like to know a little bit more about your background though.

I’m a producer from Estonia and I’ve been nominated for an Oscar for one of my recent works called “The Tangerines” with Zaza Urushadze. I’ve also received Golden Globe nominations for “The Tangerines” and my latest production called “The Fencer”. Coming from a very much different culture of the Northern Europe, I’m very excited to be here.

How do you see the atmosphere of the festival?

I’ve been here for a few days now and I’ve seen about four or five films. I think it’s a very nice selection, yet there’s more to come. Therefore, it’s really early for me to say anything about the films.

What made you accept our invitation?

How have your expectations been met so far? You said you had come here to see more of our culture? Has the experience been pleasing up to this point?

I’m actually amazed. I’m not even taking any taxis or using the public transportation. I’m trying to walk in order to see as many people as possible. I want to be in the middle of life! I even went to the Grand Bazaar, which was amazing. The festival venue is located in the city center and that’s made it easy for me to go out and see some places. I hope I can get to see some places outside Tehran, too, but I’m not really sure if it will be possible or not.

Where do you think Iranian Cinema stands in the world?

What about the films that you have seen so far? Can you tell us anything about what you have specially liked about them? Have you enjoyed a particular film?

Well, it’s a little bit early to say anything about the films because I have seen too few of them. I prefer to see them all and then tell you more. It can be a little bit unfair if I start talking about them right now.

Have you been a jury member at any other festivals before?

Yes, indeed. I was a jury member at Tallinn Film Festival last year. It actually happens from time time.

Had you heard anything about Fajr before having been invited to be here as a jury member?

Absolutely. My film, “The Tangerines” won the best picture and best screenplay awards here two years ago and I knew about Fajr Film Festival even before that.

What about the quality of the screening rooms?

Charsou is great. It’s a a new cinema complex with five screens. It’s amazing. Everything is running smoothly.